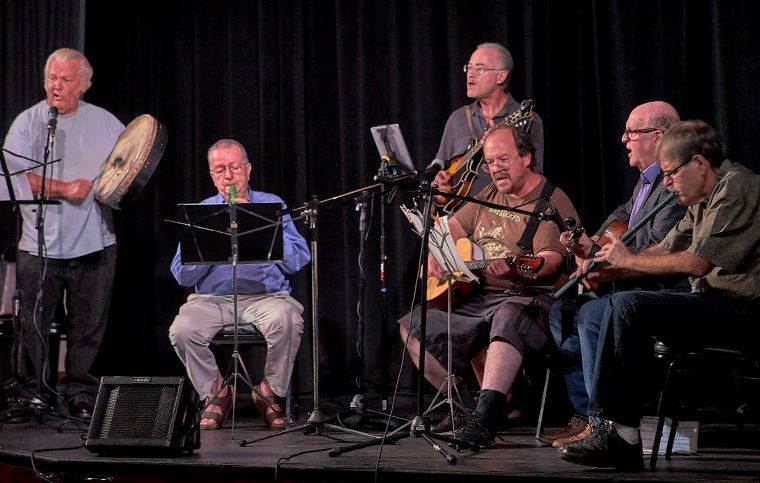 The Celtic Arts Centre has long been a fixture in California, despite decades of difficulties finding a fixed address to call home.

Celtic Life International recently spoke with Larry Malley, treasurer and chairperson for An Claidheamh Soluis, aka the Celtic Arts Center, about its storied and far-reaching past.

“The history of the Celtic Arts Center can be said to begin with the Easter Rising of 1916,” he explains via email. “The doomed rebellion in Dublin was crushed in a week but touched off an independence movement that ultimately resulted in the autonomous Republic of Ireland.”

According to Malley, one of the leaders of the Rising, James Connolly, was executed by firing squad for his role in the rebellion, but his grandson Brian Heron – surely inspired by his grandfather – would go on to contribute to Gaelic culture.

“After founding the Irish Arts Center in Manhattan in 1972, Heron’s life of phenomenal activism led him here to the west coast where, along with marching with Cesar Chavez, he pursued his passion for theatre, forming a nucleus of dedicated theatrical talent which was to become An Claidheamh Soluis. In the spirit of the Gaelic revival, Heron created a multi-disciplinary effort encompassing education in the language, music, dance, and theatre of the traditional Celtic peoples.”

The facilty has had to pull up stakes and relocate several times since then, later operating from the San Pedro area – adjacent to the port of Los Angeles – the Angels Gate amphitheatre at the Fort MacArthur army base, and Hollywood Blvd. A fire in the early 1990s even forced the company to operate out of a Columbian monastery for a time. 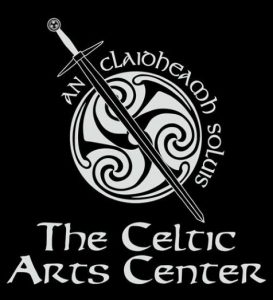 It may sound nomadic for a theatre company, but those who believed in its mission of promoting Celtic culture through the arts were dedicated to keeping the doors open, wherever they happened to be.

“Around the year 2000, the Center built another theatre space in a storefront, and resumed a successful theatre program to renewed critical acclaim,” says Malley, noting that he became involved with the group around that time. “I decided to learn the Irish language, and an Irish-American colleague from work told me about Brian Heron’s Celtic Arts Center in North Hollywood, which was just starting classes. Classes were moved to the theatre later on.

“It was a great place where you could dance, drink, learn, and see plays. We are still doing three of those.”

Today, the Center operates mainly out of the Mayflower Club in North Hollywood.

“Our activities have shrunk since the moves, but we have tried to keep our seasonal talent shows and language classes going, as well as holiday celebrations and a few tentative steps to bringing back theatre. We have had art galleries and folklore classes as well. Our music session is on hiatus (due to COVID-19), but there are sessions, including ‘Slow (teaching) Sessions’ going on all over the region. Our excellent language teacher, Michael Chitjian, has been giving Zoom classes every week. I don’t know how people are continuing with Céilí dancing, unless it is with friends and family. That would be the hardest thing to continue.”

Malley explains that the company is trying to sort out the logistics of doing future events remotely, like the annual election and membership meeting, and the upcoming Samhain holiday. They are even looking at the possibility of selling products online.

He is confident, however, that – like previous challenges – the organization will survive, as its core mission – preserving and promoting Celtic culture – won’t likely be going out of style anytime soon.

“I am optimistic, especially about the state of the Irish language. For the past 20 years at least, people have come from all over the world to learn Irish in Ireland and in other places, and there are more speakers than probably ever. Learning Irish in the 21st century is almost like learning Celtic music in the 1960s, and that has maintained its popularity ever since.

“We welcome absolutely everybody who wants to learn about Celtic culture,” adds Malley. “It’s about what is in your heart, not your blood.”