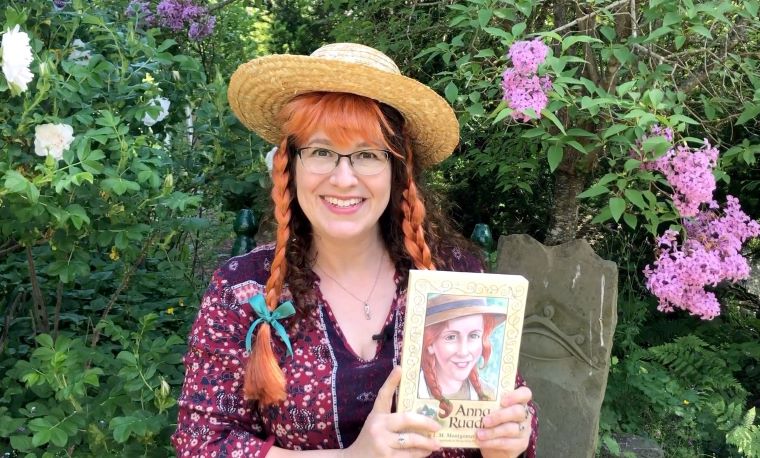 It has been just over a year since Celtic Life International last spoke with Emily McEwan-Fujita, the passionate president of Nova Scotia’s Gaelic language publication Braden Press. In that time, she and her team have worked on a myriad of projects, from poetry collections to music books, all with the mission of connecting “readers worldwide with Gaelic language and culture.”

One such project – a Gaelic translation of the Canadian classic Anne of Green Gables – has been in the works for over three years.

“At the time, I was invited to dinner with Diana Gabaldon, the author of the Outlander series,” McEwan-Fujita shares via email. “She was visiting Nova Scotia to do some research for her next book. Among the local authors and booksellers at the dinner was Lisa Doucet, a manager at a children’s bookstore in Halifax. Lisa also happens to be a serious collector of Anne of Green Gables and other books by L.M. Montgomery. She asked me if there was a Scottish Gaelic translation of Anne. I said there wasn’t, so she suggested that I do one! That idea really appealed to me on multiple levels, so as a publisher I immediately started to think about how such a thing could be accomplished.”

It was through her preliminary research that McEwan-Fujita met with Dr. Kate Scarth, the director of the L.M. Montgomery Institute at the University of Prince Edward Island.

“She urged me to attend the LMMI’s biennial conference in June of 2018 – and it was a fantastic experience! I had the privilege of meeting some distinguished Montgomery scholars, and hearing the latest academic research on the worldwide significance of Montgomery’s work and foreign language translations of Anne. That convinced me that there would indeed be a wider interest in a Gaelic translation of Anne.” 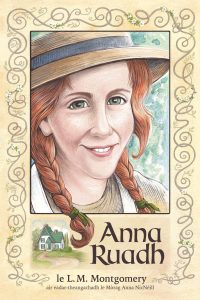 Translating the book, which eventually earned the title Anna Ruadh, was not without its challenges.

“Funding was by far the greatest challenge. People doing the work needed to be paid fairly. Initially, about 2 years ago, we applied for a Gaelic Books Council grant in Scotland. They have been extremely supportive of our other Gaelic publishing projects, and this time they very reasonably asked us to show support from our own province first. So, we had to wait several months and apply for a grant here in Nova Scotia. We applied and carefully explained in the application that we would get some matching funding from Scotland contingent on getting the provincial grant. And they turned us down anyway! That was a blow.”

In June of 2019, McEwan-Fujita turned to an online crowdfunding platform to support production costs.

“It is risky, with no guarantee of success. I ran a 30-day Kickstarter campaign to raise $15,000. It was almost constant promotion work for 30 straight days – I didn’t have any days off that month. We were very fortunate to receive support from people in about 10 different countries, everyone from native Gaelic speakers and scholars, to professional book editors and librarians, and Anne fans and collectors. In the end we raised just over $17,000 in total.”

Although that sounds like a lot of money to publish a book, it’s not – especially once you factor in Kickstarter’s usage fees, Canadian sales tax, shipping costs, and more. Even still, McEwan-Fujita says that working alongside Gaelic translator Mòrag Anna NicNèill and illustrator Etta Moffatt made it all worthwhile.

“We are so pleased with how the book turned out. Not only is it beautiful to look at, but it gives us an enduring, endearing new image of one of our favourite characters.”

“I loved seeing Etta Moffatt bring Anna to life visually with her incredible cover illustration. And Mòrag Anna’s translation also conveyed all the humour and the sadness in the story so well that you would think Montgomery had originally written it in Gaelic! It really is fun and rewarding to read.”

Anna Ruadh is currently available for order on the Bradan Press website.

McEwan-Fujita says Bradan Press will be busy in the coming months, working on several upcoming releases and adjusting to the world’s new normal. The company has no plans of slowing down, however, noting that the Gaelic language has a very important place in Canada.

“Even Montgomery herself had Gaelic roots, as did her beloved Prince Edward Island. Translating this book felt like a homecoming, in a way.

“Bradan Press is, and will continue, to try and help people reconnect with their Gaelic roots, which have been erased in the history books and often even in family memory. We will try to help everyone connect with whatever they love about the language and culture.”