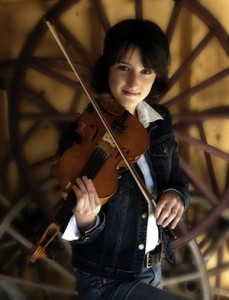 Kimberley Fraser was born on Cape Breton Island, and nurtured within its rich musical heritage. She first began to impress audiences at the age of three with her step-dancing talents. Soon after that she took up both the fiddle and the piano. Though still in her 20s, Kimberley has already toured the world in support of her two critically acclaimed recordings – Heart Behind the Bow (2000) and Falling On New Ground (2006), which won the East Coast Music Award for best Roots/Traditional Album of the Year. Read more here!