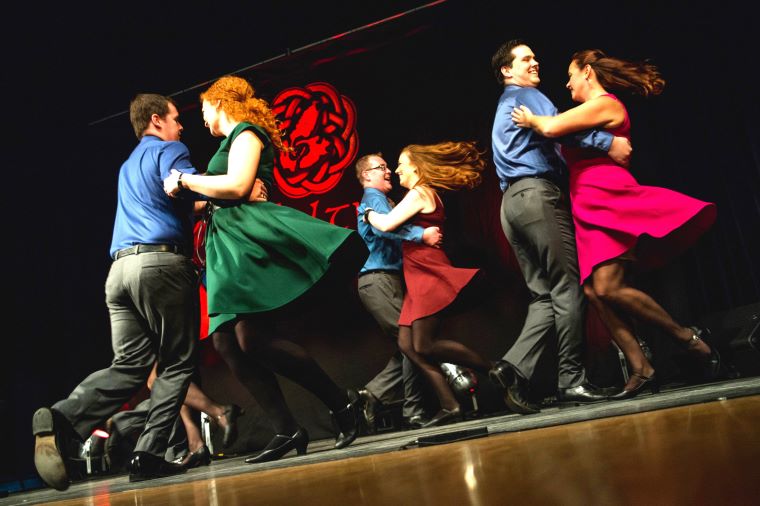 For the first time since the COVID-19 pandemic began, the Celtic Colours International Festival (CCIF) is returning to in-person events. This year’s festivities include 48 concerts and more than 200 cultural events across Cape Breton Island.

“Once we do gather again, it will be a very emotional and uplifting experience together,” shares Dawn Beaton, CCIF Artistic Director. “There is power in that community, in that gathering. And, at this point, we really can’t take it for granted anymore.”

CCIF is the brainchild of Joella Foulds and Max MacDonald, who wanted to launch a decentralized festival for the entire island. The inaugural gathering took place in 1997, and Beaton happened to be one of the performers. Together with her sister, Margie, she has fiddled and danced her way all over the world. She began working for the annual event as Assistant Artistic Director in 2009 and has since been promoted to her current position.

Since its inception, CCIF has expanded its volunteer base and community partners. In addition, the festival has increased the number of shows on offer. “What it can do is act as a platform for either launching artists or for strengthening an artists’ career development. That is all part of it, and I am grateful that we can continue to do that and help the industry in that respect.”

The pandemic presented challenges for artists and events all over the world, and likewise, CCIF had to adapt its programming due to safety concerns and gathering restrictions. Fortunately, the festival had already been offering livestreamed options through NovaStream for several years, so organizers were familiar with the online alternatives.

“That has been a big outreach and marketing aspect for us,” shares Beaton. “That has proven itself in great leaps and bounds, given what we have experienced.” 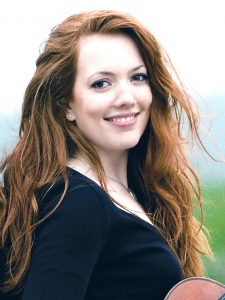 Even though technology enabled the festival to continue to reach people, artists still had to perform without a crucial piece – an in-person audience.

“That first year in 2020, it was basically a closed set. So, there was no audience, no volunteers, even, to be receptive to the presence on stage. That is the biggest takeaway for me, and for the festival; the demands that were put on an artist once they finished their performance – and there is just no response. This was the case, of course, for everyone doing any sort of online presence in that first year, whether it be from their living room or on a professional stage.”

In other words, the social and reciprocal elements often inherent in live performance were missing.

“It is an exchange, and that is an important conversation that happens between the stage and the audience. So, we are grateful for that to return.”

This year’s Celtic Colours International Festival will kick off on October 7 with a Grand Opening concert in Sydney where The Men of the Deeps, The Barra MacNeils, Dàimh, and Kris Dever will take the stage. Concerts and events will continue through to October 15. While there is no shortage of sights and sounds to take in, Beaton notes there are a few events that are especially close to her heart.

On Oct. 12, a concert will take place to honour the late Maureen MacKenzie. Beaton had originally hoped to hold such a concert in 2020 (the 20th anniversary of Maureen’s passing) but the pandemic interrupted those plans.

“It was important for me to not hold true to that round number anniversary and still go forward with that this year,” she explains. “Maureen was such a strong and positive force – in Mabou, of course, but beyond that – in what she did for Gaelic culture on Cape Breton Island.”

MacKenzie was one of the first Gaelic teachers in Cape Breton’s Mabou area and is credited with helping to keep the language alive in the region. In addition to MacKenzie’s own ventures, Beaton says that she was a supporter of CCIF and offered advice to the founders during the festival’s inception.

Maureen’s son, Angus MacKenzie, is participating in the tribute show with his family, as well as with his band Dàimh.

“We play gigs around the world, and you know, we do these things. But it’s sometimes really nice to do something for a reason,” says Angus. “That is definitely going to be a highlight for us.” 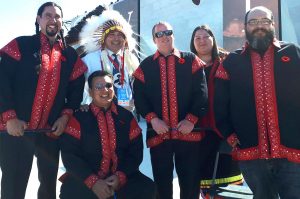 As in past years, the Close to the Floor step dancing show will also be part of the festival mosaic. They are “kind of going back to basics, and looking at how much of the fiddling tradition, especially in Cape Breton is formed,” says Beaton. Thanks to some funding from the Federal government, A Timeless Art (a mentor-based Cape Breton step dance project) was born last year. “It really comes back to playing for dancers and how that informs so much of the sound that is Cape Breton fiddling tradition. So, taking a deeper dive into that step dance tradition is important.”

For those who can’t sit still for long, hands-on and participatory experiences are on the agenda across the island as well, including open mic sessions, céilidhs, workshops and exhibits.

CCIF is first and foremost a celebration of Cape Breton and the people who live there. Heather Rankin, Dwayne Côté, and Mary Jane Lamond are just a few examples of the homegrown talent featured. At the same time, Beaton notes that the international relationships are essential as well. “What CCIF can bring to the fore is just keeping those important, long-established relationships to our Celtic cousins across the way and elsewhere in North America.” Mec Lir, Sian, and Pine Tree Flyers are among the musicians travelling internationally to take part in the festivities.

“I know it will be a powerful experience,” says Dawn.