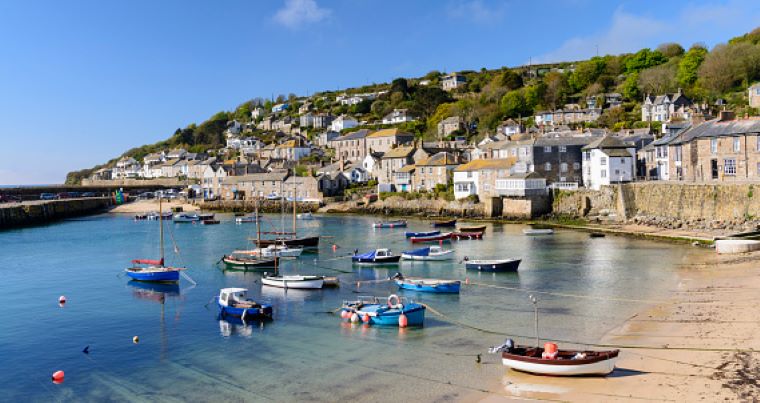 The Celtic nation of Cornwall has always had an intimate bond with the sea.

The pounding ocean waves and high winds carve the landscapes into distinctive forms and shape the minds and cultures of the Celtic peoples. This is undoubtedly true of Cornwall, which pokes like a long finger into the treacherous waters of the North Atlantic. The sea here provides food and wealth, but also tragedy and death. The immense power of this environment has led to the creation of a huge corpus of Cornish sea folklore, in particular stories of sea spirits that embody the qualities of the ocean.

Mermaids, or morvoren as they are known in the Cornish language, often feature.

In the small village of Zennor, situated in the far west of Cornwall, there is a church dedicated to Saint Senara, a Breton saint who is said to have floated to Cornwall inside a chest after being cruelly punished by her husband. Within the church, an enigmatic carving of a mermaid is incorporated into one of the benches. Made of dense, ancient wood, this striking carving is said to celebrate the story of a young man called Matty Trewhella who lived hundreds of years ago and was a renowned church singer. One day, a beautiful and mysterious lady appeared at the door of the church, apparently enchanted by Matty’s singing. The stranger began attending church services, listening intently to Matty’s performances. Then they both disappeared and it was believed they had fallen in love and eloped. 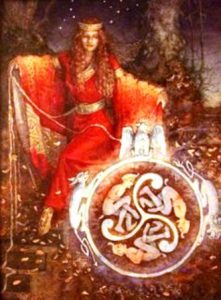 Years later, fishermen in the nearby cove of Pendour, were accosted by a mermaid who angrily requested they remove their anchor, which was blocking the door to her home. The fishermen recognized the mermaid as being the lovely lady from the church and wondered whether Matty had been lulled to his doom or followed his heart to a new life.

The story of Lutey and the Mermaid occurred some 30 miles from Zennor on the Lizard Peninsula, the most southerly point in mainland Britain. It is said that Lutey, a local fisherman, was walking on the beach when he found a stranded mermaid. Taking pity on her, he carried her to the sea’s edge and to freedom. As a reward, the mermaid gave Lutey the power to heal which was then passed down through his family. This power came with a heavy price however; Lutey drowned nine years after helping the mermaid, and it was believed that every nine years one of his relatives would face the same destiny.

For me, the most fascinating Cornish sea spirit is not a mermaid but a powerful and destructive manifestation of the storm – the Bucca. High above the village of Newlyn in West Cornwall there is a green rock formation covered in curious patterns and shapes called the Tolcarne. This was one of the abodes of the Bucca, thought to be a storm demon or a remnant of a Celtic storm god. Here, and on the foreshores of local beaches, the town’s fishermen used to leave an offering of three fish to appease this elemental force. It was thought that failure to do so would result in death.

Over time, Bucca was transformed into the Devil himself. It’s said he was chased from Cornwall by the choir of St. Pol De Leon Church, leaving his footprints embedded in the green rock above the village.