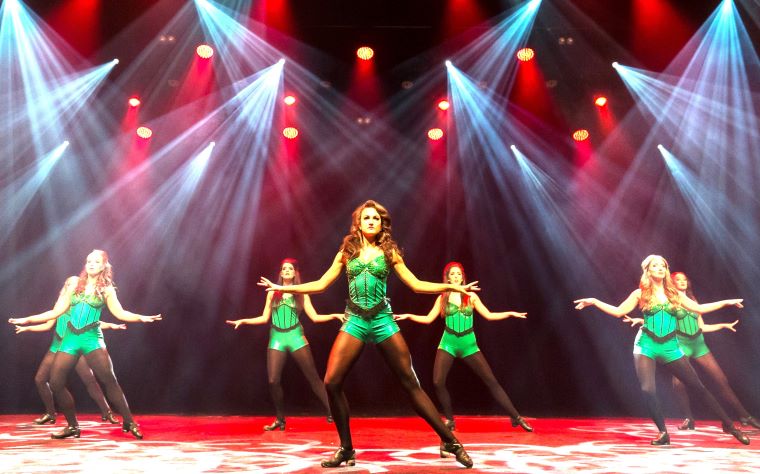 Celtic Illusion – a fusion show featuring Irish dance and magic illusion – was created by Anthony Street (formerly of Lord of the Dance) and premiered in 2011. Street combined his love of magic and dance – both of which he has been passionate about since a young age. The spectacle has since found success throughout Australia, Street’s home country, as well as in New Zealand. The COVID-19 pandemic disrupted the show’s 2020 tour plans, but it recently hit the road again.

Having already touched down in Canada and the United States earlier this year, Celtic Illusion Reimagined is spending the rest of the summer touring its Australian home.

Georgia May, lead dancer for one of the show’s two troupes, has been a part of Celtic Illusion since 2013. “Initially, I did not fully appreciate what the role would entail,” she admits. “Once I started rehearsals, I quickly realized that I had quite the challenge ahead of me. Even though it was daunting, I was excited to tackle it and give it everything I had.

“No two days are the same in this role,” she continues. “Things are constantly moving, changing, and improving. It makes the entire show and experience so exciting – not only for me, but for audiences as well.”

May herself began dancing at the age of three, starting with jazz, ballet, and tap. “I think my mum thought I was going to be a ballerina with the Australian Ballet.” 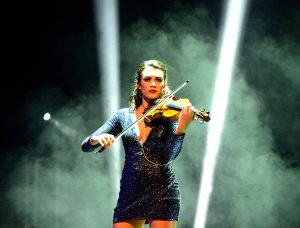 However, she soon fell in love with Irish dance. “When I was 9 years old, I saw a local Irish Dance school performing for St. Patrick’s Day and I begged my mum to take me to lessons.”

Since then, she has trained in Adelaide, Perth, Melbourne, London, and Birmingham. She also has a Bachelor of Dance Performance under her belt, which includes acting, singing and musical theatre, “but Irish dance has taken my dance career to the next level.”

As for her role with Celtic Illusion, there has never been a dull moment – both the illusion and dance elements bring their own sets of challenges. “I don’t stop from the moment I arrive at the venue to the final curtain call. One minute I am performing a complex illusion that has multiple elements to line up, and the next, it is an emotional lyrical style duet with high-flying lifts and intricate choreography. When performing illusions, you need to be hyper-focused on so many things a once. It is not just as simple as vanishing into thin air! It is physically and mentally challenging.”

While travelling from venue to venue, the challenges only intensify. Different places have different lighting, tech, and space. The performance itself also must continue to evolve and improve. As with any job in show business, it is important to keep things fresh and surprising.

“You have to be different, you have to go bigger, be crazier, and take risks to be successful. Especially with magic, you need to surprise the audience by performing the classic tricks in a new and unexpected format. The dancing has to be world class, too. The show is made up of two very unique art forms, and one must complement the other.”

Along with being a performer, May also has directorial and tour management duties, such as props management, liaising with venues, and marketing. “Your finger has to be on the pulse at all times to make the magic happen day after day.”

However, the hard work is all worth it. “After the hardship of the pandemic, it feels great to get back out on stage to entertain and transport our audiences for a few hours. Chatting with them after the show leaves you with such a sense of happiness.

“Another highlight is when all of the planning and hard work leading up to a tour all comes together. Planning begins 8-12 months out from a tour, and – given the scale of the show – it is a huge effort to pull it all together. My ‘to do’ list seems to grow every day in the lead up, but with hyper-focus, hard work and determination to be the best, seeing it come together and be successful is always satisfying.”