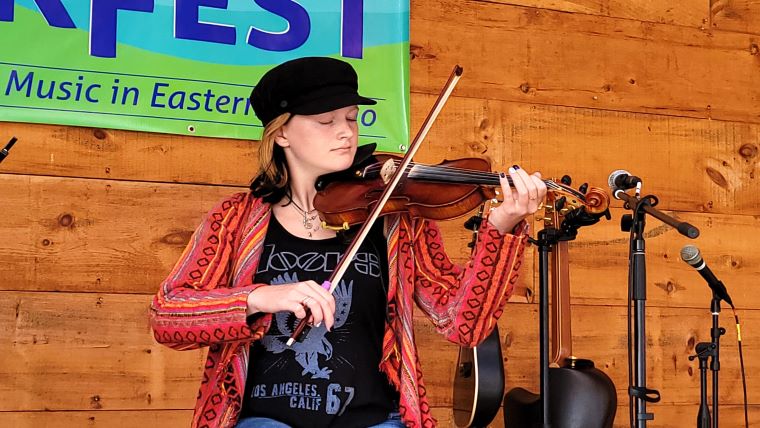 Although only 15 years of age, Amelia Shadgett – known professionally as Irish Millie – is already carving out a new direction in Celtic music.

A self-professed “first-generation fiddler,” the Ontario native comes by her stage name honestly with ancestral roots in Ireland, Scotland, and Wales.

“There was nobody in my home that I could learn from,” she shares with Celtic Life International via email. “My first teacher, Sally Pirie, specialized in Old Time fiddling, so that is what I learned to play early on. Mostly these were tunes that followed the Ontario style of fiddling, with some French-Canadian tunes incorporated as well. When I was 12, I started taking lessons from Alanna Jenish, an amazing fiddle player from Oshawa. She introduced the Bluegrass style to me and helped me explore the world of Celtic music.”

Millie was inspired to pick up the fiddle after attending a summer square-dancing event with her family at Ontario’s Stoney Lake. Several noteworthy performers, including the world-renowned MacMaster and Leahy families, attended each week to perform for the dancers.

“When I was three years old, all of us kids were invited to sit on the floor in front of the stage,” she recalls. “I remember sitting next to my five-year-old brother, all sweaty from dancing ourselves silly, when Natalie MacMaster herself began to play. I had no idea who she was. I just knew that I had never heard anything like it in my three years of life.

“I jumped up to my feet and frantically looked to the back of the room for my parents,” she continues. “As my brother tugged on my hand to sit, and my mom and dad motioned for me to be quiet, I yelled at the top of my lungs ‘Mommy! Daddy! I do that! I do that!’ while pointing at my new idol.” 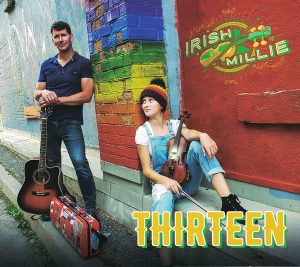 Three years later, she received her first fiddle. These days, she plies her trade on an Ernst Kreusler model.

“I play because I want to make beautiful music. And there are a lot of new reasons why I continue to play. One of them is the amazing relationship that I have developed with my dad, Murray. He is an occasional guitarist and started accompanying me when I was about eight. I also know that I have a gift and that I was given this gift to help others. My fiddling has helped me to raise a lot of money for cancer research, to support families who have lost a loved one or who are struggling with illness. I also like to think that my music brings joy to people, lifts folks up, and maybe even inspires them the way that Natalie’s music touched me that first day.”

Millie released her debut recording Thirteen last year, and the album has earned her a nomination for Young Performer of the Year at this year’s Canadian Folk Music Awards.

She notes that the 11-track recording – and her overall musical style – honors the traditional tunes while adding her own personal style.

“I take these tunes and tell my own story with them. It may just be adding ornaments or a cool tag ending but I really enjoy making tunes my own. I am creative when it comes to sound and do not take a traditional approach with regard to playing and writing songs. I think that my sound is unique to me.”

She believes that young people are still very interested in fiddling and Celtic music.

“I think my journey, arriving at this style of music and this instrument might be a bit unique, yes, but there are tons of kids who are playing fiddle. The music camps I have attended (Leahy Music Camp and Rollo Bay Fiddle Camp) are filled with folks of all ages, but many of them are kids learning to play.”

Millie will be busy for the remainder of 2022. In addition to attending the Canadian Folk Music Awards this spring, she will also be touring Denmark through the month of August.

“I am also hoping to record my second album with a bunch of new and different tracks that I have been working on over the last year.”