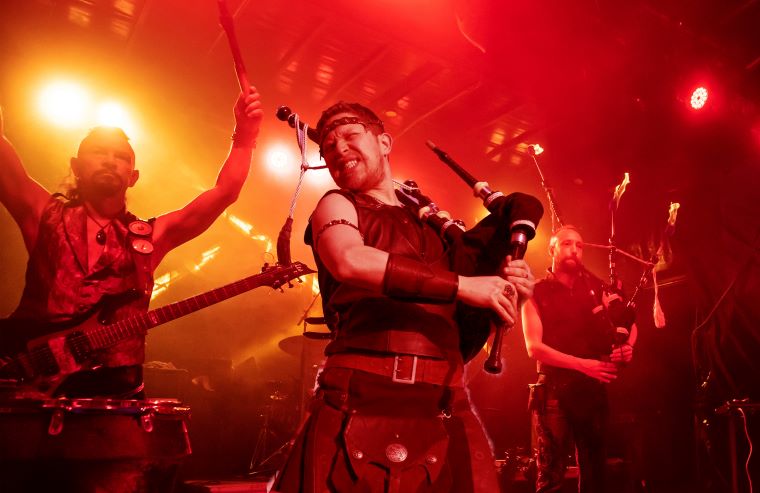 2019 was a bit of a bumpy year for Celtica – Pipes Rock! The Euro-Celtic metal band said goodbye to a few long-time band members, with piper Jane Espie taking a leave of absence at the end of the year and drummer Tom Cadek parting ways in the fall.

Even guitarist Gajus Stappen, who founded the group in Phoenix, Arizona in 2009 – also recording their first videos in the Grand Canyon and Monument Valley the same year – is stepping back from touring the United States going forward.

However, last year had some major highlights for the band as well: they welcomed two new members, piper Ernesto Gongora and drummer Lukas Schlintl, held their first Asian concert in Mumbai, and won International Artist of the Year at the 2019 Australian Celtic Music Awards.

Not bad for their 10th anniversary year. And, with new blood and renewed enthusiasm, Celtica was ready to hit the ground running in 2020.

The new-found time off has given Stappen a chance to revisit his first musical influences; Jimi Hendrix, Eddie Van Halen, Steve Lukather, and Steve Vai.

“It was at the age of 13,” he recalls via email. “I just loved bands like the Beatles as well as all the guitar heroes.” 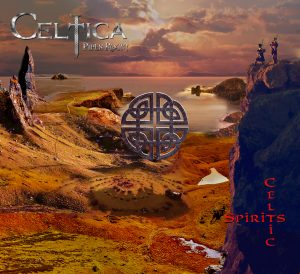 Like those famous six-stringers, Stappen designs his tunes to work best in concert.

“It is very satisfying to compose and arrange tunes in the studio, but my main motivation is still to perform live on stage. I love the energy of an electrifying concert…”

As such, the band’s latest album, Celtic Spirits (May, 2020), was composed with crackling, electric energy, meant to pulse from the stage and course through the veins of their fans in the mosh pit. And while concert performances are out of the question for the next while, Stappen is confident that sense of energy will still come through on home media players, even if it is but a fraction of the live experience.

“My intention was to make an album that works perfectly when performed on stage, certain that our audience will love every single note – unfortunately, we have to wait another full year until we can play it live. But for CD-based music, I am very happy with our Beethoven-like “Time to Rise” and “Ferrum Noricum” – I also love the quieter “Healing Tune” as well. Asking me to pick a favourite track is a bit like asking a father if he has a favourite child!”

Stappen is convinced that the power of Celtic rock will weather the current storms just fine; it is the individual artists who carry the cultural customs that he is concerned for right now.

“The Coronavirus crisis is a disaster for all performing artists. To survive it as a band or a solo musician is an incredible challenge. I am not worried about Celtic music itself – the genre has a long and rich tradition and has survived many terrible times – but it is extremely hard on the musicians.

“This year, all artists are being forced to be creative in different ways; I will frequently post band stories and videos to keep contact with our fans, and I try to find a way that we can make a real band video. We are in three different countries, however, so I have to be prepared to start as soon the borders are open and the planes fly again.”

For the time being, he and his bandmates are getting pumped up with the possibilities for the future.

“We have a major project planned for the spring of 2021 – to perform another concert with an orchestra and choir. Though the one we did at the Montelago Celtic Festival in 2017 was a massive amount of work, it was also a huge success.”