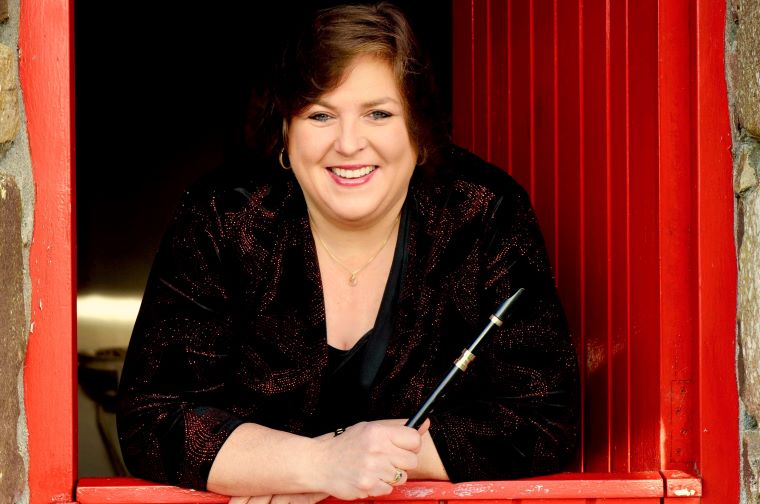 Like most folks, Joanie Madden has had a bit of extra time on her hands in recent months. Recently the world-renowned musician – who has fronted Cherish the Ladies for 35 years – spoke with Celtic Life International about her past, present, and future.

What are your own roots?
I was born in the Bronx, New York, of Irish parents. Both of my parents emigrated from Ireland: my mother is from Miltown Malbay, County Clare, and my father is from Portumna, County Galway.

Where do you currently reside?
I live in Yonkers, New York, in the very Irish neighborhood of Woodlawn. I also have a home in County Clare where I love to spend a few months of the year.

When and why did you start playing music?
I was fortunate to grow up in a musical household with my father, Joe Madden, a very well-known and respected musician on the Irish-American scene. When my father arrived in New York, he joined an orchestra led by the legendary Sligo fiddler Paddy Killoran where he played for a number of years until Paddy retired and handed the band over to my Dad. Joe Madden’s orchestra was born, and over the course of decades he played hundreds of events, including weddings, balls, dinner dances, and various other functions. I was one of seven children, and my father noticed early on that I had music in me. After brief stints on the fiddle and piano (2 lessons!), I found the instrument that called to my heart – the whistle. My father’s great friend, noted flute player and National Heritage award winner Jack Coen, lived just five doors away from us and I went to him for my first lesson when I was 12. I was immediately hooked, and I would run home from school to play at every opportunity. When I was 14, my family moved to Yorktown Heights in New York, and from there on I taught myself. New York has some of the best Irish traditional players in the world and I was lucky to have great flute players as influences, including Jack Coen, Mike Raffety, and Mike Preston – the flute player with the Tulla Ceili Band. As soon as I knew two tunes, I was in my dad’s band and loved performing from the get-go.

Are they the same reasons you do it today?
I fell in love with Irish music – there is just something about it: it’s like a drug, when it gets under your skin, there is no stopping it. I went away to college to be an accountant because my mother told me I was good with numbers, but I quickly realized that I wanted to make my living playing Irish music and that I would simply be miserable doing anything else. Much to my parents’ dismay, I quit college and went after my dream to make a living playing Irish music. 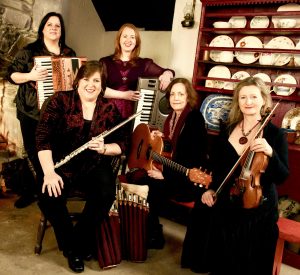 What are the challenges involved with the vocation?
Anyone who tells a musician that we have the life of Riley has never walked in our shoes. Let me tell you – it is not easy being a musician: you have to create your own work, there is no stability, no pension, an erratic work schedule, and life on the road is very hard. Keeping a band together is not easy, but thankfully I was tenacious and, along with the band, we never gave up.

What are the rewards?
Undoubtedly, it is the people that make all the work and effort worthwhile. To know that you have touched someone’s life with your music, to give someone a bit of happiness and let them forget about their problems for a few hours, and to receive all the touching emails and letters that we get from our fans, make all of the struggle worth it. At the end of the day, to be able to do what you love for a living is beyond rewarding.

When did the band first come together?
We got together thanks to Dr. Mick Moloney and the Ethnic Folk Arts Center in New York City. In 1983, myself, Eileen Ivers, and others had a great year representing America at the All-Ireland Championships, bringing home a number of gold medals: Eileen won the fiddle, I won the whistle, the flute, and the duet competition with Kathy McGinty, and together with a 10 piece group placed 3rd in the senior all-Ireland ceili band – and we were all women, except our drummer, Tommy Smyth. Mick thought this was astounding and called me up to help him organize a series of concerts featuring women musicians to celebrate the growth of women’s role in Irish Music. I suggested the title, Cherish the Ladies – the name of a traditional Irish jig – and those first three concerts all sold out.

How has it evolved since that time?
This year marks the 35th anniversary of our first concert in New York City. It is quite remarkable that those three concerts evolved into my life’s work, having since performed over 3,000 concerts around the globe in the finest performing arts centers and recording seventeen albums along the way. We certainly grew in showmanship: the quality of our music, and the addition of incredible dancers add much to our shows. We grew as a band and, thankfully, people have continued to follow us and support us, allowing us to keep doing what we do.

How would you describe your sound today?
I am so proud of all the women and men that I get to share this with each and every night, and I am so lucky to be surrounded by such talent and to have them by my side for all these years. In the group, I play flute, whistle, and sing harmony vocals. Mary Coogan has been with me for 35 years and she plays guitar, banjo, and mandolin. In addition, we have Mirella Murray (accordion), Kathleen Boyle (piano, harmony vocals), Nollaig Casey (fiddle), and Kate Purcell (singer, guitar). Each member is individually spectacular and creative on their instrument, bringing something unique to the table to create our collective sound and style. We all come from musical families where the gift of our father’s music was the most precious thing that they could have given us. We have all had music passed down to us, and though we want to add to it, we never stray too far from those traditional roots. When it comes to arranging, we compose much of our music, and we also spend a lot of time going through old manuscripts picking out tunes that are hundreds of years old, perhaps long forgotten, and bringing them back to life. I like to think we have a unique sound – no one sounds like us and we don’t sound like anybody else! 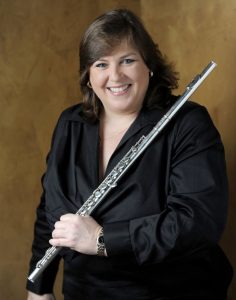 What have been some career highlights?
Wow, there have been so many! One of the greatest experiences has been performing with symphony orchestras: we have been the guest soloists for many of the top symphonies in America and have performed over 300 orchestral concerts and, in that regard, we are one of the most successful pops act in history. The thrill of playing the penny whistle alongside a 100-piece orchestra never gets old. Other highlights include performing at Bob Dylan’s private party after his 35th anniversary concert at Madison Square Garden, playing on the Great Wall of China, playing at the White House and performing at the Olympic Games.

What makes a good song?
A catchy melody, a hook, a great story, and strong chorus.

What are your thoughts on the current state of the Irish/Celtic music scene?
The level of virtuosity is nothing short of amazing. Kids around the world today are playing at such a high standard, and the music is in a great place. Festivals do a good job at showcasing Celtic rock bands, but I would like to see greater emphasis placed upon fiddles, flutes, accordions, and bands that perform traditional tunes.

Is enough being done to preserve and promote Irish/Celtic culture generally?
You would have to go to a lot of cultures to see as much promotion and as many young people involved with music, dance, sports as the Irish. The number of kids playing music, Irish dancing, and competing in Gaelic athletic games is astounding – we are the envy of any other ethnic groups. There are many teachers that continue to pass the music down via things like Skype, and parents and grandparents are doing their part to make sure the kids get to lessons. It is wonderful to see.

What is on the band’s agenda for the remainder of 2020?
With our 35th anniversary year we had a very busy calendar, but now we have been completely grounded with COVID-19. No one saw this coming. We are now figuring out ways to stay in touch with our fans via Facebook and YouTube until we are able to get out on the road again. And I have had to postpone my Mediterranean cruise until September of 2021. That said, I know that we will rise above and get through this.