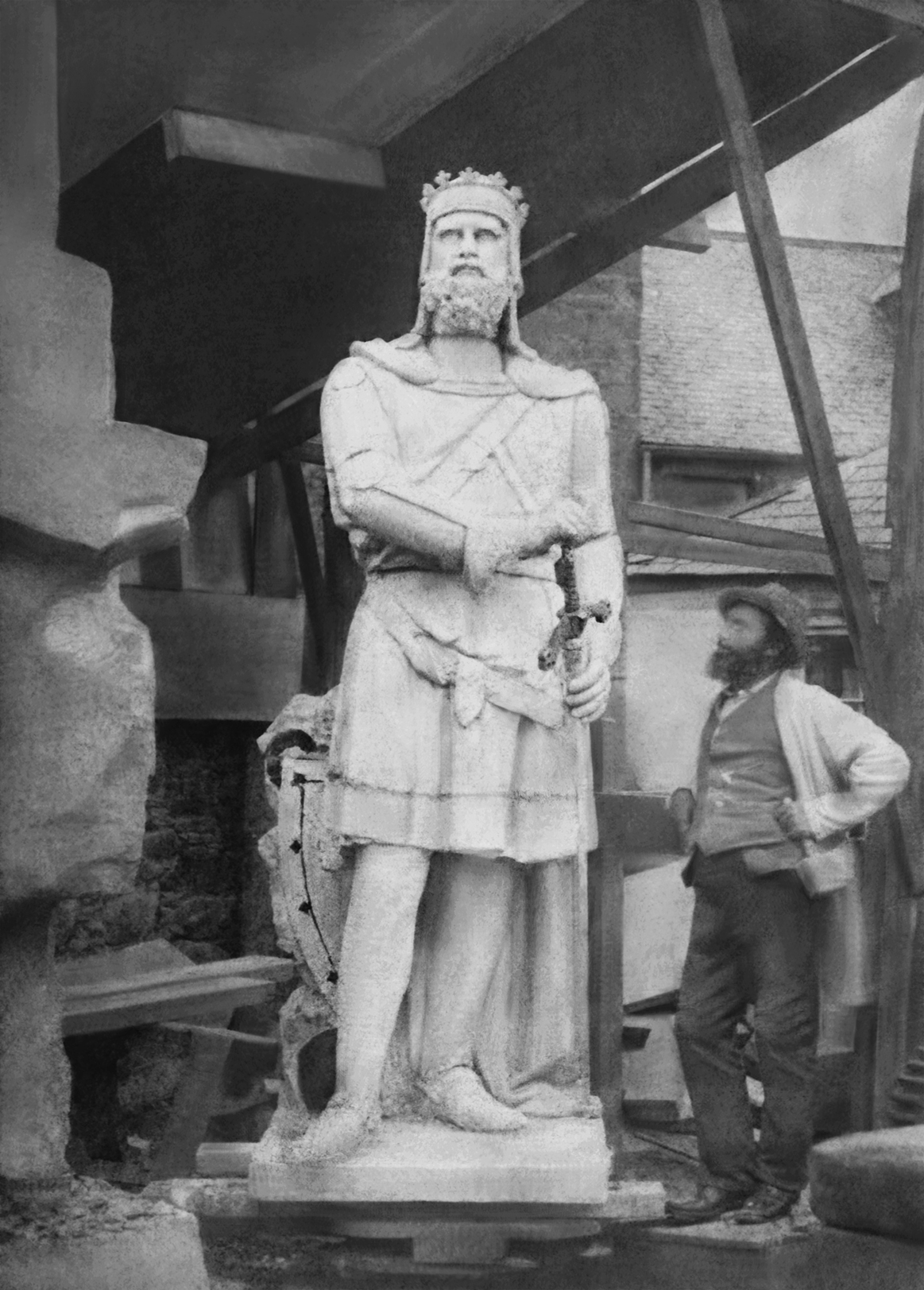 When Homecoming 2014 takes place this year in Scotland, the Clan Currie plans to be there. In fact, the Clan Currie will be one of the few actually out on the field during the re-enactment of Bannockburn, a major homecoming event that will mark the battle’s famous anniversary.

According to Bob Currie, chief of the Clan Currie Society in the United States, the members intend to combine that activity with their annual MacMhuirich Academic Symposium in Glasgow. The latter has hosted a veritable who’s who of academics specializing in Scottish Gaelic history and culture, including such well-known professors and historians as Hugh Cheape, Willie Gillies and Wilson McLeod. Currie chuckles, “We’ll be on the battlefield by day and back in Glasgow hosting dinner lectures at night.”

The clan numbers more than 2,000, so it could have a sizeable presence at Homecoming. Currie says he’s heard from clansfolk in the US, Canada and Scotland who plan to attend. For his own part, asked what he’s looking forward to during the Homecoming, Currie asks “Where do I start?”

He is excited over the new visitor’s centre at Bannockburn and the “break-through technology that has been deployed to help guests experience the actual battle.” He’s referring to the complex 3D technology the centre has created to put people right in the middle of the picture (see our story on Bannockburn elsewhere in this issue). But just as much, he’s looking forward to meeting old friends and making new ones along the way – “especially Curries who may be experiencing Scotland for the very first time,” he says. “It brings me back to that first trip I made in 1981.”

The Currie name is the anglicized form of Machuirich. Currie says that it’s long been believed  the Machuirichs came from the 13th century Irish bard, Muireadach O’Daly, who was forced to flee Scotland around 1213 following a rather nasty axe murder. Arriving in Scotland, he practiced his art for several patrons, including the Earls of Lennox. Eventually, he ended up on Islay as bard to the Lord of the Isles at Finlaggan.

After the fall of the Finlaggan lordship in the 15th century, a line of MacMhuirich bards served the MacDonalds of Clanranald on South Uist, Currie recounts. Once bards, always bards; apparently the Curries never stopped producing poetry. “Even after the Culloden and the fall of the Highland clan system, our people continue to practice their poetry,” Currie says. “We have documented MacMhuirich/Currie poets writing well into the 1930s. More than a few of our active members have taken up the art form. Just incredible!”

Currie says he’s been aware of his Scottish ancestry his entire life and made his first trip “home” in 1981, which he calls a life-changing event. The visit to Scotland inspired him to learn more and trace his own Currie roots, which culminated in what he calls a “fateful” trip to the Isle of Arran several years later to see where his ancestors lived. The trip ended with a visit to Colonel William McMurdo Currie in Glasgow, who had formed the Clan Currie Society in 1959.

By this time, Bob Currie was already the Director of Piping and Drumming for the Bonnie Brae Scottish Games in New Jersey and a life member of the St. Andrew’s Society for the State of New York. Colonel Currie encouraged him to build up the Clan Currie in the United States and when the colonel died in 1992, Currie took over running all the clan society activities. Currie found a natural affinity with his new role, citing the clan’s “incredible history as hereditary bards. In Medieval times, the bard was more than just a poet,” Currie says. “He played many roles, including attorney, genealogist, and secretary of state. Having enjoyed a lifetime in communications and public affairs, it seemed as if some of that DNA had found its way into me.”

To be sure, Currie has embraced his role with relish. He realized he could expand and redefine the society beyond what he calls the usual trappings of a traditional clan society. This has resulted in programming that draws in non-Curries and even non-Scots, such as the clan’s annual Tartan Day on Ellis Island and its popular The Pipes of Christmas. “Clan societies are wonderful and vital family heritage groups,” Currie notes.

“But we had a greater vision in Clan Currie. Clan Currie today is as much an international Scottish arts foundation as it is a clan society.”