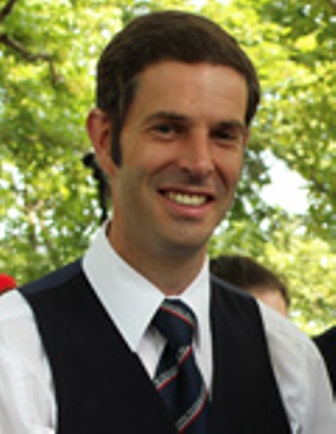 Anne of Green Gables isn’t the only thing that Prince Edward Island is famous for – it is also the home of the world-renowned College of Piping and their annual Highland Gathering, which takes place this weekend in Summerside. Director of Education James MacHattie gives us the details.

What are your own roots?
My family has been in Canada since the 1780s, so I’m very Canadian.  But my main background is Scottish on both sides of my family, though a wee bit of English, Irish and a touch of Flemish.

When and why did you get involved with this event?
I have been involved with the Summerside Highland Gathering since I took the position of Director of Education at the College of Piping and Celtic Performing Arts of Canada in May of 2010.  It is one of our signature events each year, so it is a big part of my job to be part of the team that puts this on.  This year is a particularly special Gathering: 2014 is the 25th anniversary of the opening of the College.  We’ve entitled it Homecoming, since we hope that a number of our alumni will make the trek back toPEI.  Homecoming has been a common theme in Scotland recently, and it makes sense for us this year too.  So many incredible pipers, drummers and dancers have studied, taught and performed here over the past 25 years.  It could make for one heck of a party if they all can make it back at the end of June!

Why is it an important event for the community there?
Summerside is a relatively small, closely-knit community. In fact much of PEI is like that.  That means we get a lot of local support for what we do.  But not everybody wants to learn to play the music or to dance.  So our two main annual events, being the Highland Gathering and our stage production Highland Storm, give the community a chance to come to the College and take part as attendees or audience.  It gives us a chance to give back to them for all the fundraising and requests for volunteers we subject our community to!

Who attends the event?
Many are from PEI, though we would always like to see more from our home come to the Gathering.  Many are families and supporters of competitors and bands.  Piping, drumming and dancing competitors and pipe bands come from all over the MaritimePprovinces, sometimes from central Canada – this year we already have confirmation of a band coming up from Massachusetts.  Last year we had Highland dancers here from South Africa, and a few years ago we had Bagad Cap Caval from Brittany, France.

What can they expect this year?
Friday June 27 is the step dance competition, followed by the preview of Highland Storm in our theatre.  In the beer tent on Friday we will have a reception for alumni, and the Ellis Family Band (local folk music heroes). Kylie MacHattie, Chris Coleman and I will be available to help any alumni who might be a bit rusty to get their pipes and drums back in order and maybe a refresher on some music, because we hope to put together a College of Piping Alumni Pipe Band to take part in the massed bands of Saturday and Sunday.  On Saturday and Sunday June 28 and 29 we have full days of Highland dance, solo piping and drumming contests, and the pipe band competitions.  Saturday late afternoon will have our second annual Celtic Idol, where performers have 3-5 minutes to blow away the crowd and the judges with their Celtic performance – last year we had entries that ranged from a piper who step danced while piping, a tuba playing bagpipe tunes, lots of fiddles and guitars and singing.  It’s a blast.  Saturday night we are excited to bring back Rawlins Cross to Summerside for a high-energy show in the beer tent.  There will be regular Highland Games demonstrations throughout Saturday and Sunday.

Is enough being done to preserve and promote Celtic culture generally?
I believe the promotion of Celtic culture is being done very well in some regions, and not as much in others.  I feel that we are very lucky on PEI to have a great combination of strong Celtic heritage, a love of the arts, and a relatively small population – that means that an institution such as the College of Piping has less competition on the Island  than it would in a major urban centre to promote and preserve Celtic music and dance.

What can we be doing better?
As someone whose career is career is centred around the Celtic Arts, if I knew what we could be doing better, I’d be doing it!  I believe that education is the key, and that is the College’s mandate:  “Inspiring excellence in Celtic performing arts through quality educational programming”.  If we can encourage more children and youths to learn and participate, we would be doing better