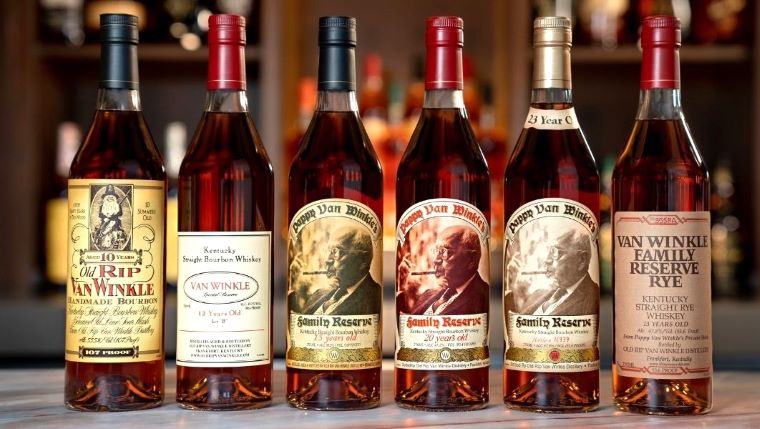 American author Clay Risen has been writing since he was a youngster.

“I started a newspaper at my elementary school,” shares the scribe via email. “Well, that’s a stretch – it lasted a single issue.”

Risen’s love for the newsroom evolved over time, and today – in addition to being an author – he plies his trade as both a reporter and an editor for The New York Times.

“As to why I started [writing], I suppose because it has always come easy to me, and it feels good doing it. Some people say they like having written something more than the actual process of writing it, but I am the opposite – I relish the writing and couldn’t care less about the results once they are out the door. Plus, I don’t think that I’d be very good at anything else.”

His catalogue of works includes the Gilder-Lehrman award finalist The Crowded Hour: Teddy Roosevelt, the Rough Riders and the Dawn of the American Century (2019), and the critically-acclaimed American Whiskey, Bourbon & Rye: A Guide to the Nation’s Favorite Spirit (2013), among others.

His latest effort, Bourbon: The Story of Kentucky Whiskey, hit bookstore shelves in this past December.

“About four years ago my publisher came to me with an idea. They had put out a book called Champagne, about both the drink and its region in France, and they wanted to do something similar for Kentucky. It is a wonderful book – the author, Peter Liem, dives deeply into what makes Champagne Champagne – the people, the history, the terroir. I couldn’t do exactly the same, because Kentucky whiskey doesn’t have quite as extensive a history, nor is it as tied to the land as Champagne is. Instead, I focused on the people, the culture, and the communities around bourbon to explain what makes it special.” 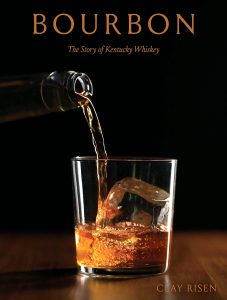 Risen was perfectly paired for this project: his dad’s family has been in Kentucky since the late 18th century.

“Where they came from is a mystery,” he admits. “Risen sounds German, so maybe they were like the ancestors of James Beam, who came to the state from Germany via Pennsylvania around the same time. My mom’s side is mostly Scottish, though again, they arrived long ago and from nebulous shores. The irony is that I still have family in Kentucky, and my closest Scottish relatives live in Oban, near the Oban distillery, and yet I am the only one with any connection to whiskey.”

And though COVID-19 travel restrictions had an impact on the project, Resin found the process to be rewarding and educational.

“I knew how much work and knowledge goes into making bourbon, but I don’t think I fully appreciated it until I wrote this book. Above all, it is about barrel management. Good distillation is important, but at the big distilleries, at least, what matters is how it is aged. And the best managers use their warehouses as giant tools, knowing the intricate details of each and how those qualities affect barrel aging – how one corner heats up faster in the spring, or how another retains humidity better than the rest.

“Much of this is received knowledge, oral tradition almost,” he continues. “And while it goes back generations, many people are only now starting to talk about it publicly. Not because it was a secret, but because for a long time there was a sense that the public didn’t care – and because, this being Kentucky, people don’t like to trumpet their own expertise.”

The book has enjoyed an excellent response since its release.

“It was a bit of a star-crossed roll out. The publication was delayed because the books were late in getting from the printer in China to the United States, and then the actual publication date fell at the height of the omicron wave. On the upside, this isn’t a book meant to sell a bunch of copies quickly and then disappear. It will be around for a long time, and I am hoping people will be just as excited to read it five years from now as they are today.”

Going forward, Risen notes that he has “always got a few pots on the stove.”

“I have a series of whiskey books built around reviews, and I am wrapping up the third, about American rye. I also write books about American history, set mostly in the postwar decades, and my current project is about the anti-communist Red Scare of the 1940s and 1950s.”