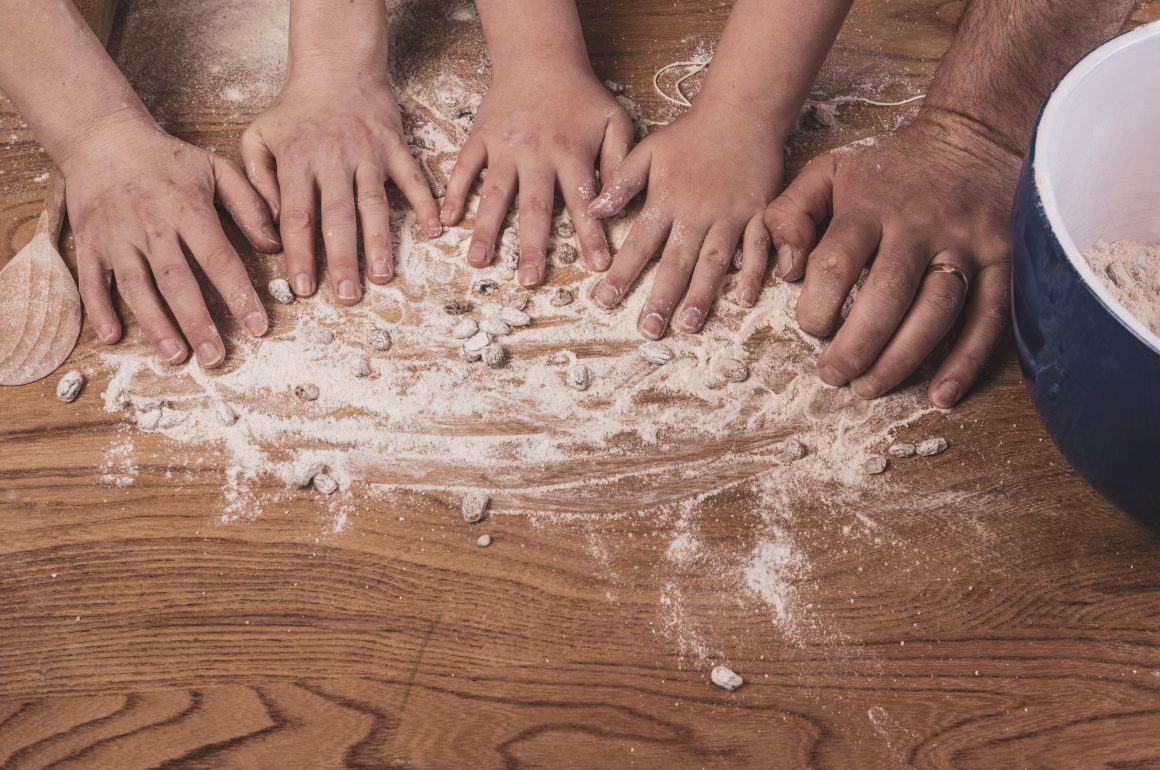 One Scottish family is serving up savoury flavours. Story by Tom Langlands.

Recently I visited Abernethy in the Kingdom of Fife. It was once the capital of the ancient kingdom of the Picts, and I had gone there as I have ancestors who hailed from the area. I also wanted to see the village’s tall, circular, stone tower of Celtic origin – one of only two remaining in Scotland.

From the nearby Mercat Cross I admired the skill and ingenuity of the tower’s 11th century builders. Taking a few steps closer I found myself beside a pair of large wooden doors that were slid open. Spilling from the building within was a mouth-watering, fruity aroma. Drawn inside, I found myself in the amazing world of Clootie McToot Dumplings.

Clootie McToot Dumplings is the brainchild of Michelle Maddox. The inspiration behind the business, however, is her son Jacob. Maddox holds several food-related qualifications, including a degree with distinction in Food, Health and Welfare. In 2001 she worked for eight months on the BBC’s Food and Drink show while her mum looked after her three-year-old son, Kyle. In 2005 she married a firefighter with a degree in art. While on honeymoon Maddox became seriously ill with pneumonia. Pregnant with Jacob, she was admitted to intensive care fighting for her life. The skill of the doctors and the drugs saved her, but the illness had taken its toll and Jacob was born with a range of developmental issues, including autism, attention deficit hyperactivity disorder (ADHD), and dyspraxia. At that time the family lived in England, but with Jacob’s increasing needs and another child on the way they sought a more rural location. In 2010, they settled for the peace and tranquility of Abernethy.

A short time after relocating, a daughter – Eve – was born, and she too suffers from developmental issues – albeit less severely than Jacob. Completing the family is Ralph, the beloved French bulldog. 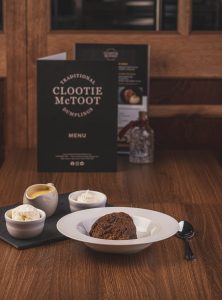 Once in Abernethy, Maddox worked on community-based education projects which included teaching primary school pupils about the basic financial aspects of life – such as savings, loans and banking. By the time Jacob had reached ten years of age it was a struggle to find appropriate support for his educational needs. It was often easier for teachers to suggest that he be excluded from things rather than included. On the run up to Christmas 2015 Jacob wished to participate in the school’s Christmas fete by manning a stall and selling his mum’s home baking. His teachers suggested this may not be practical. Not wishing to see her son disadvantaged or upset she took her own stall at the fete with Jacob assisting. Using her late grandmother’s recipe for traditional Scottish dumplings made by boiling fruit and spice ingredients in a cloth – or cloot – she set to work. With half a dozen home-made, traditional, clootie dumplings to sell, mother and son set up stall. The dumplings all sold, and the following Christmas Jacob asked to participate again. Word had spread about the excellent quality of the home-made dumplings and demand now outran supply.

The children suggested that mum could make a business out of this, and the seed of an idea was sown.

Maddox realized this was an opportunity for her children to be involved in a family business and to have their own family support network around them.

Brainstorming ideas for branding the business, the children suggested a tartan-clad, potato headed character initially named Clootie McTootie which became shortened to Clootie McToot. In April 2017 Clootie McToot Dumplings was launched from the family home in Abernethy and soon the Clootie McToot stall, dressed in vivid blue and pink – colours chosen by the children – became a regular feature at local farmers’ markets.

In the beginning, the dumplings were made in the utility room of the house using granny’s recipe that had survived on a piece of paper from the years of WWII. As both meat and sugar were rationed during the war years it relied upon both vegetable suet to provide the fat content and locally produced fruit for sweetness. Now a closely guarded secret, this recipe is the basis of the traditional dumpling of a now expanding Clootie McToot range that includes such delights as apple, pear and cinnamon, plum and gin, and banana and toffee. Although Maddox experiments with different flavours she is keen to point out that, “All our dumplings are made with natural ingredients, and all are suitable for vegetarians.” She remains true to granny’s original recipe only adding other locally produced products to vary flavours and expand the range. This includes nearby Lindores Abbey gin and Old Perth whisky!

Shortly after the business had launched, an old horse barn and hayloft next to the family home came on the market. It was possible someone could acquire it with a view to building a home. For Jacob, living near others could cause anxiety and this was one of the reasons the family had chosen to live in a rural location. In order to protect Jacob, the family bought the adjacent property. With husband Alasdair running his own woodburning stove business his practical skills and artistic background were soon put to use renovating the building, and 2018 saw the barn opening its doors as the Clootie McToot Dumpling Shop. Next, a small cafe was created and the kitchen – complete with large customer viewing window – was relocated from the family home to the newly refurbished barn. It is an ongoing project with the upper floor of the hayloft being converted currently into additional cafe seating, a meeting room and a teaching kitchen. 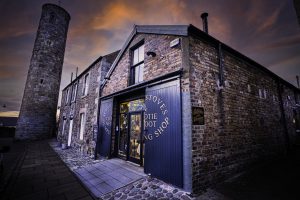 Once based in the new premises the business continued to grow exponentially, awards were being won and word was spreading internationally. With food regulations limiting what could be exported and imported Maddox hit upon the idea of ‘Make Your Own Clootie Dumpling’ kits. By shipping the basic dried ingredients along with muslin cloth, string and instructions, this avoided restrictive laws, opened international markets and gave customers the opportunity to have a fun experience making their own dumplings. Alongside   the traditionally flavoured dumplings and the kits, the Evermore range of characterful dumplings was created including options such as James Bond, William Wallace and Mary Queen of Scots.

As the family worked together on new recipes Maddox loved to make up stories for her children featuring Clootie McToot as the main character. A customer in Dundee had heard of the tales and persuaded Maddox to deliver some dumplings to her home. Once there, she was introduced to the customer’s husband who was a former illustrator for publishers DC Thomson and had worked on comics such as The Dandy and Oor Wullie. He offered to illustrate one of Maddox’s tales and the result was an engaging and colourful Clootie McToot children’s book that now sits alongside the goods in the shop.

For Maddox it isn’t just about the product, it’s about a business that cares about its staff and provides people with an opportunity.

“When employing someone, it isn’t their CV or qualifications that are most important to me. I look for interesting people and I consider how they will fit into the big family that I want everyone to feel part of.” She employs people with additional support needs, even driving to the bus stop to collect them and bring them to work. Her motivation is simple, “I always treat people the way that I would like people to treat Jacob.” It is an admirable quality that is often missing from the modern workplace.

Inside the big wooden doors by Abernethy Tower, I had stumbled upon an amazing business founded on a few sales at a school fete from a table manned by a boy who needed additional support and assisted by his mother. With mum at the helm the children still participate in the day to day running of the business. They can be found in the kitchen, serving at the tables or manning the shop. With Christmas, New Year and Burns Night fast approaching I will have the perfect excuse to savour a succulent, Scottish, Clootie McToot Dumpling – likely washed down with a wee malt!