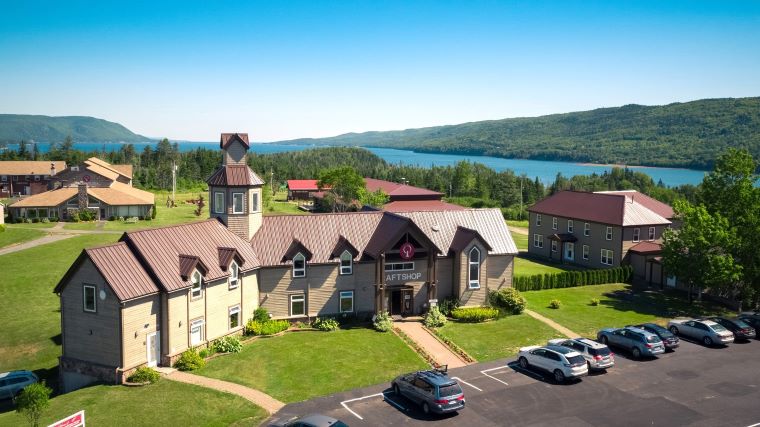 It is without question that culture and language share a strong bond. All over the world, people relate and associate with one another through the language they speak and, perhaps more so, the unique dialect of that language. Language can be – and often is – a marker of location, community and, most importantly, identity.

Sadly, many languages are suffering. This is particularly true for many of the Celtic languages.

There have been wins over the last few years, however. In 2019, popular language-learning app Duolingo launched a Scots Gaelic course with great success. The app also offers courses in Irish (since 2014) and Welsh (since 2016), though no other official Celtic languages are currently being offered.

In Cape Breton, Nova Scotia, preservation of the Gaelic language is extremely important to many of the area’s residents. Colaisde na Gàidhlig, or the Gaelic College, in St. Anne’s is a non-profit educational institution working to keep Gaelic language and Celtic culture alive.

“The mission of the college is to educate and promote the culture of the Scottish Gaels who came to Cape Breton and Nova Scotia around 200 years ago,” explains Kenneth MacKenzie, the college’s director of education, via email. “They settled here in a pattern of chain immigration that kept that culture quite strong.” He says that the focus of the college is to not only promote the language, but the dance, the music, and the general way of life of traditional Scottish Gaels.

MacKenzie – who has worked for the college as a staff member since 2019 and as an instructor since the mid-2000s – grew up speaking the Gaelic language.

“My family was always involved in Gaelic – the music and culture. We went to the college as kids, and I played in the pipe band there. I worked there for a few summers also. I went away and became an engineer and worked in that industry for about 10 years, but I found all my spare time was spent on cultural endeavors.” 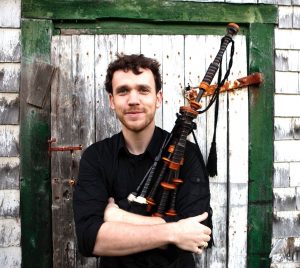 The facility has undergone many changes since it was first established in 1938.

“Traditionally, there was a bit more of a focus on piping and Highland dancing and the more performance-oriented aspects of Gaelic culture. Around 2010 or 2012, when Rodney MacDonald took over the college, there was a shift towards the celebration and promotion of the actual Gaelic culture here in Cape Breton.”

While piping and highland dance are still main players at the college, MacKenzie notes there is now a bigger focus on Gaelic language, youth mentorship and, interestingly, step dancing – which, he says, is the heart of the culture and music in Cape Breton.

“As a musician, you kind of earn your stripes learning how to play for dances and dancers. Through the summer, there are square dances almost every night of the week in different areas. That is the heartbeat of the culture here…”

Another major change is currently in the works; the Gaelic College will be opening a secondary campus in Mabou in the fall of 2023. The college – called Beinn Mhàbu – will work in partnership with Cape Breton University (CBU) offering a year-long education on the history, literature, folklore, music, and dance of the Gaels. A course on the Scots Gaelic will be offered to students simultaneously.

“It was always a desire of the college to increase our year-round presence,” Mackenzie explains, adding that courses will be accredited through CBU. “We are really excited, as are the people at CBU.”

Mackenzie is the vice president of Beinn Mhàbu. He says that it is only a matter of getting the building (an old convent) up and running before they are “off to the races.”

He admits that the process has not been without its challenges, however.

“The pandemic was definitely a big obstruction. And then, renovations wise, things have gone a little bit long. Again, this is all an indirect impact of the pandemic – even just securing contractors and supply materials. But it has all given us a little bit more time to develop some amazing programming.”

Mackenzie says there has been great interest in the college from perspective students. He believes this is the result of people wanting to both preserve and celebrate the culture of the Gaels.

“People want to connect with their ancestors. They want to connect with a way of life that is maybe a little bit different than the norm, especially here in the Western world. They want something that is authentic, that grounds them in where they are from, who they are, and who their people were. I think people are really searching for that these days.”

Language, he continues, is the “lifeblood” of a culture. 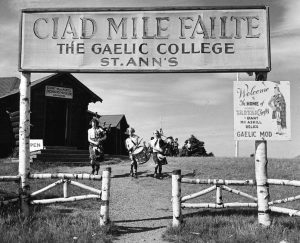 MacKenzie is excited that younger generations are more dedicated to their culture and language now than ever before.

“We have a youth mentorship program that was really successful this year,” he shares, referring to the Na Gaisgich Òga (“The Young Heroes”), which is available to those between 10 and 16 years of age. “Teens are paired up with young adults or older adults working together to learn the language through activities. It is a lot of fun to see that program develop.

“And online, we have seen lots of young people uptake – even kids that are only five and six years old. I wouldn’t say that there has been more potential and positivity amongst youth around the culture than there is right now.”

Opening Beinn Mhàbu is biggest thing on the go for the college right now, and Mackenzie can’t wait to see what the future will hold.

“Beinn Mhàbu is a university-level program – a whole different ballgame from the Gaelic college. Moving from regular programming and extracurricular stuff will have meaningful long-term effects. There is lots of potential for research and partnerships with universities and international groups to bring in artists in residence and all different kinds of things.”