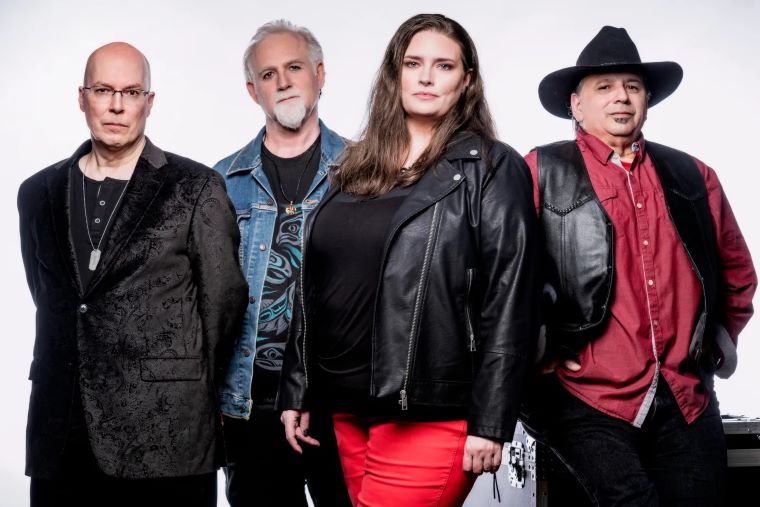 What are your roots?

Randy: I believe that part of the magic of Fiùran comes from the crossing over of our diverse roots. Although we have played together in various bands and lineups over the years, we now bring our pasts together into Fiùran.

Where do you currently reside?

Randy: Krista, Rick and I reside in Ottawa. Steve lives in Toronto. We were rehearsing in Kingston – midway between Ottawa and Toronto – but we now rehearse in Ottawa

Randy: I grew up in a musical home and my dad performed regularly on television and radio. He never stopped playing and our home had regular visits from many well-known folks in the music industry. I was classically trained on the trumpet when I was young, and I loved Al Hirt, Chet Baker, and Maynard Ferguson. In my teens, I was drawn to rock music, learned the electric bass and played and toured with various bands. Later, I got involved with showbands, which is where Steve and I met and played together. I was involved in a jazz band in Ottawa through the 1980s and 1990s and, about 25 years ago, took up the bagpipes as an adult. They quickly became a passion and I am now a PDQB certified bagpipe tutor (Scotland). Music is part of my DNA and has been for as long as I can remember. I have Scottish ancestry on both sides, so that has been a strong influence also. I play music to feed my soul. I learned at a young age that it would carry me through when I was feeling down and let me celebrate when I was feeling happy. And it allowed me to communicate with others without words getting in the way. I formed Fiùran in 2016 as a way to fuse the different styles of music I loved and to promote Scottish Gàidhlig, something that I am very passionate about as it is my ancestry. Krista was directing an award-winning Ar n-Òran Gàidhlig choir when Fiùran formed and we brought musicians in from past lives to help create the Fiùran sound – a fusion of rock, Celtic, and jazz.

Krista: I started playing violin when I was 9 years old in a public-school program because one of my friends was doing it and I thought it was cool.

Rick: Music has been in my life for as long as I can remember. I have always wanted to play guitar and got my first one at the age of 14 for Christmas. It was an El Degas acoustic. A year later I bought my 1st electric guitar from a local pawn shop in downtown Ottawa – a 1976 Ibanez Firebird. From that moment on the bug really hit me and I learned anything I could from April Wine to Yes. Some of my main guitar influences have been Eddie Van Halen, Joe Satriani, Jimmy Page, Michael Schenker, David Gilmour, Brian May, Terry Kath…the list goes on. I played with local musicians until about 1996 and then moved out of the country and went south for many years. I actually left the music scene until 2010. I started playing again, but this time in the southern USA. Over the years I kept in touch with Randy, and we started collaborating long distance. I Eeded up playing on a couple tracks on Friochd, Fiùrans 2nd album. In 2018, I decided to move back to Canada to be back home with family and friends and have been gigging with Fiùran ever since.

Steve: I started playing piano in public school and then drums in high school where I was very lucky to be inspired by a stage band director that went on to head jazz degree studies in several Toronto schools. I then attended Berklee College of Music in Boston where I was positively influenced by many European and Asian students. From there, l lived and performed full time in Toronto and Vancouver with jazz, rock, and fusion bands – and even Michael Bublé. 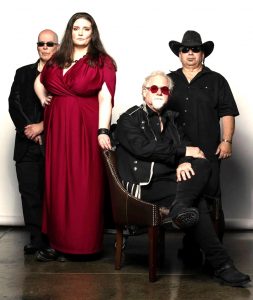 Are they the same reasons you do it today?

Randy: Yes. Music was my first language, and it is what sustains me to this day. Those who surround me understand this and have always supported me. I think of my father who picked up his accordion and played the day before he passed away as if saying goodbye to a lifelong friend.

Krista: Yes, more or less – I still make music or learn new instruments or participate in new projects because I think they are cool, but also because I see the potential personal reward in taking on a new challenge.

What are the challenges involved with the vocation?

Randy: Music has always been a tough way to make a living, and the music industry has gotten much tougher. In the 1970s, we were able to make a decent living. People paid us to play, provided rooms, food, and often drinks. We didn’t have to self-promote, market, set up our own gigs, and wear so many hats – never mind composing, practicing, rehearsing, and performing. At times, I feel that there is this attitude that music should be free, and that some people have little concept of the work and dedication involved. I mean, imagine a world where there was an expectation for promoters, venues, restaurants, bars, and servers to all work for free or little remuneration?

What are the rewards?

Randy: The biggest reward is the satisfaction of creating something good that people appreciate – seeing the looks on their faces, seeing them smile, dance and communing with us in that magic moment when we are all one through music.

How have you evolved as an artist over time?

Randy: When we first formed in 2016, it was to record an album to enter in the JUNO awards. There was a naivety there, but also an energy to put Fiùran on the map. We originally had a vision of what Fiùran might be, but through six years, four albums, various personnel changes, and gigs, we have evolved into something far more polished and closer to what we originally dreamed of being. I believe this evolution never stops as we travel through life and experience and continue to grow.

What have been some career highlights?

Randy: Every album has brought a special moment, however the highlights that really resonate are winning an IMA award, along with the recognition and support of some true industry heavyweights. And being played on radio and hearing positive feedback from presenters and listeners never grows tired.

Randy: A mix of both. We are all creative types with strong ideas. We present concepts to each other, then work to polish them together. “Inspired” ideas often sound quite different after our collective “perspiration” has been applied. We call the process “Fiùranating” – although, lol, I am not sure that sounds very good from a marketing viewpoint.

What makes a good song?

Randy: A good song is a combination of a good foundation of chords and musical ideas that support lyrics of substance. When playing traditional songs, we pick songs that have strong ideas and, with our contemporary compositions, we most often write about social issues and things that we hope listeners can relate to and can come away feeling uplifted and hopeful. 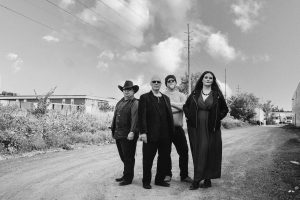 What makes a good live show?

Randy: A number of factors, including solid sound, a themed storyline, interaction… and, ultimately, an audience feeling like they have lived through an experience that they will remember.

What are your thoughts on the current state of the Celtic music scene?

Randy: It is growing, and fusion styles are becoming more accepted. Both Krista and I have been active in the Celtic scene for years and it has been fun to watch it grow. There are many bands who are working hard, and overall production has increased by magnitudes. So, it continues to be a wonderful smorgasbord – from pure acoustic to full-on shows. All crossover styles are making a mark – from rock to jazz to punk to EDM all with Celtic rooted themes. It is a brilliant time to be active.

How can it be improved?

Randy: It would be really cool if mainstream Celtic event planners continue to expand their scope to include all styles of Celtic music instead of presenting only traditional styles. This could help promote and launch bands like Fiùran (and many others) – akin to what has happened at major blues and folk festivals at home and around the world. At the end of the day, we all love and support the Celtic arts – we just have different ways of presenting the thread that runs through us.

Randy: We are currently planning for a very busy 2023. We are in talks for potential Canadian festivals, as well as for Japanese and European tours. We are also making inroads into the college and university circuit in the USA.