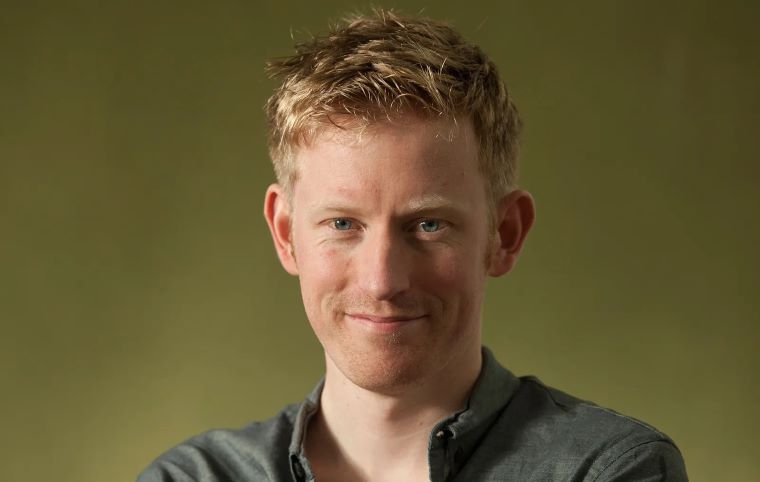 Born in Canada and raised in rural County Mayo in the west of Ireland, writer Colin Barrett has always had a passion for storytelling.

“From an early age I was interested in narrative and making up stories,” he tells Celtic Life International via email. “I drew little comics when I was a child. As a teenager, I turned to prose.”

Now 40, Barrett continues to write for many of the same reasons.

“I was first and foremost a reader, I loved and love stories. I wrote as a kid, and I am very lucky that I still get to write as an adult.”

One of the pieces in that collection, Calm with Horses, was adapted into a major motion picture by the same name, premiering at the 2019 Toronto International Film Festival.

In 2015, he was named a National Book Foundation “5 Under 35.” His work has also appeared in many publications, including The New Yorker, A Public Space, Granta and The Stinging Fly.

He attributes his growth as a writer to both his life experiences and the types of books that he chooses to read.

“Your tastes change over time, even if only subtly, and the kind of writing you want to do changes with that.” 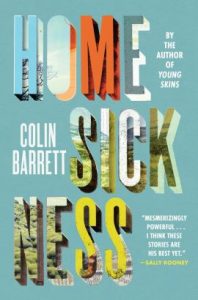 Among the anthology’s protagonists are a sword-wielding fugitive who appears at a local pub on a quiet night; a ghost that struggles to conceal itself at a funeral party; a policewoman battling with her own choices and existence following a shooting; and an aspiring writer whose life is turned upside after his father receives a cancer diagnosis.

The scribe notes that Homesickness – as with most of his work – was inspired by the west of Ireland.

“Place is intrinsic to how I write, and it informs all the stories in Homesickness. These kinds of collections kind of creep up on you. I write maybe two or three stories a year, and so after a few years, I have a collection. At a certain point, whatever its overall quality, you know that a story is ‘done.’ While you can finick endlessly with adjectives, you realize there is nothing more of significance you can do with it in terms of structure, character, or plot, that it has reached its final form. It is what it is.

“Each story brings its own challenges – having a premise or set of characters and working out what to do with them in the confines of a given short story. It is often just a process of trial and error, trying different narrative paths, and seeing what works best.”

Since its release, Homesickness has enjoyed strong critical and popular acclaim. Irish writer Sally Rooney described it as “mesmerizingly power” and “full of strangeness,” and Irish novelist Colm Tóibín boasted that the collection was “crafted with skill and flair.”

Barrett is thrilled with the positive response.

“My assumption with both this book, and my first collection, was that nobody would be interested in stories about ordinary people on the margins of a provincial town on the edge of Ireland.”

He admits that it is hard to define what makes a “good book,” noting that, for him, it changes everyday.

“As far as my own books, I am trying to find language that has a charge and intensity and vividness to it. I look for that in the books I read, too. To try and keep things simple. It doesn’t matter how intricate a story is, you owe it to the reader to deliver the story as concisely and pleasurably as possible.”

Barrett is currently finishing up the final edits on his debut novel.