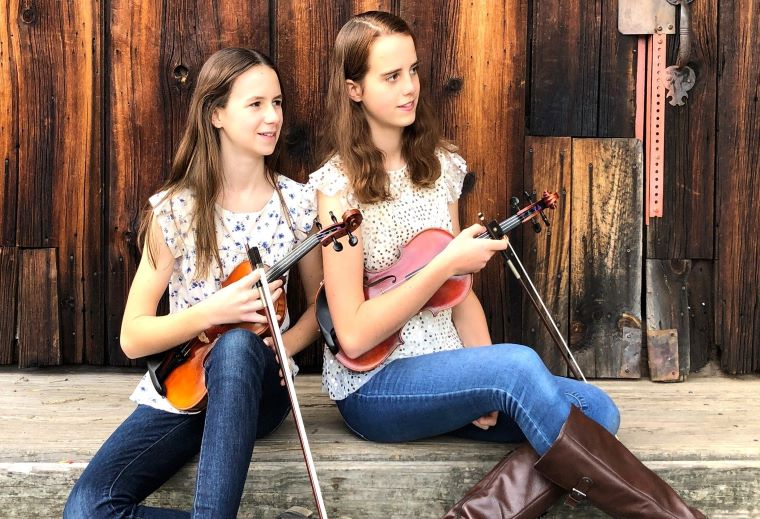 Emilie and Nora Carroll have loved Celtic fiddle music since they were toddlers. Emilie (17 years old) and Nora (15 years old) studied classical violin before taking classes at The Connecticut Academy of Irish Music in 2014. They released their debut album, Daybreak, in December of 2021. Recently we spoke with the siblings about their past, present, and future.

What is your own background?
Emilie: Our background is a bit unique. Our parents are not musicians from the Celtic music world, and we don’t have a rich traditional music scene around us. We do have some Celtic ancestry, but that did not really influence our drive to start playing Celtic fiddle. We play the music because we love it, but sometimes it is hard to not have that support network of a big music scene around us.

Where do you currently reside?
Emilie: We are from Simsbury, Connecticut, about 20 minutes from the Massachusetts border. We have both lived here our whole lives. It is a great community of about 24,000 with good schools and open space.

How long have you been fiddling?
Nora: Emilie started playing the violin when she was five, and I begged to start soon after when I was four. We started on the Suzuki method to get good technique, but we always knew we wanted to transition to fiddle style. We started playing Celtic music when Emilie was nine and I was seven. We initially learned Irish style from our first fiddle teacher, Jeanne Freeman at the Connecticut Academy of Irish Music.

What inspired you to start?
Nora: Emilie first was inspired to play fiddle from watching a concert by Wild Asparagus (a contra band with fiddler Becky Tracy) when she was four and decided that she wanted to be that fiddler. I don’t remember that concert – I was too young! – but I was inspired to play the fiddle by hearing lots of music in our house and going to many concerts. Many fiddlers, such as Liz Carroll (no relation), Katie McNally, Natalie MacMaster, and many others, have inspired me to become the fiddler I am today.

Are they the same reasons you continue to play today?
Nora: For me, I play because I enjoy music and I believe that music is a way of expressing yourself in a way that talking cannot. However, I am still greatly inspired to continue to play the fiddle by watching my idols play, or even playing with famous fiddlers or our teachers! We both love being part of the tradition and the community that comes with it. Both are strong motivators for us. 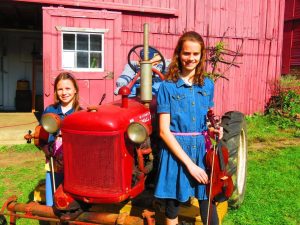 Are you traditional fiddlers in terms of style & sound?
Nora: We play many different styles. We initially started with Irish traditional, so we play lots of that style. But over the last 3 years or so we have expanded our styles to include and love Cape Breton, Scottish, and just a tad of Quebecois.

Emilie: We are traditional fiddlers in the sense that we play traditional tunes, and in a traditional style when we want to. We have been taught by two traditional Irish musicians, Jeanne Freeman and John Whelan, and as a result, our phrasing and style are widely parallel to Irish styles. For the last two years, we have also been taught by Katie McNally, who taught us how to play Cape Breton and Scottish fiddle. We are a little newer to that style, but our sound is pretty traditional there as well. In terms of our sound as a duo or as a band, we are not really traditional. We create different harmonies and arrangements for traditional Celtic tunes to make them our own, which is definitely a newer idea. Our sound can be described as a mash-up of different American-Irish styles with Cape Breton and Scottish influences, sometimes even with contemporary rhythmical ideas. While we do try to separate those to sound traditional when we want to, our typical arranged sets can consist of tunes from different traditions with arrangements that usually have a bit of a contemporary spin. John Whelan, our teacher and the producer of our album, is absolutely genius when it comes to creating counterpoints that add syncopation to our arrangements to make them pop. Additionally, in 2020, we met Sammy Wetstein, a fantastic cello player who joined our band and added a depth to our sets that we did not have before. With him, we have created some really fun and engaging sets for our performances.

Who were your influences, and what are you listening to now from that genre?
Emilie: When we were very young, our parents would play mostly Irish fiddle music in the house. We would listen to many of the greats such as Liz Carroll, Mary Bergin, Martin Hayes, and Kevin Burke. Specifically, we had a live recording of the Boston College Irish Fiddle Festival from 1991 with many of the legendary fiddlers at the time. Our dad also loves bands such as Burning Bridget Cleary, Solas, and Gaelic Storm. The biggest Irish fiddle influences on our sound have been Martin Hayes, Brian Conway, Jeanne Freeman (our teacher), Dylan Foley, and Liz Carroll. We still listen to many of these artists now, but our style has broadened to include Scottish and Cape Breton music as well. I would say our biggest influences there would be Katie McNally, Hanneke Cassel, Natalie MacMaster, and Alasdair Fraser.

What makes a good tune?
Nora: I think that it is good when a tune tells a story or conveys an emotion. All the Celtic traditions have their own style of lift, and a good tune gives space for that lift to show. Although there are many amazing tunes in typical keys, such as G, A, and D, I also love the surprise of an atypical key, such as F, C, E, and B or B flat. Also, if a tune is too similar to another one, it takes a bit of the magic away from both of the tunes. I love tunes that have a range of pitches. Many trad tunes are in the mid-range, but sometimes I love a tune that explores the lower notes too. Emilie and I both have certain tunes that make a color, image, or even a short movie in our heads as we play them. That’s a special tune that does that too.

What have been some career highlights?
Emilie: Our first big performance was in 2014 (I was nine and Nora was seven) when we played with our teachers, Jeanne Freeman and John Whelan, at St Joseph’s University on Saint Patrick’s Day. That was definitely a milestone, even though we only played one set! Other than that, most of our career highlights have come from the past two years. We recorded our first album, Daybreak, in June of 2021 and it was released in December. That was one of my favorite music experiences ever – we had several guest artists, almost all the people who have influenced us over the years – and we learned a lot about the recording process. More importantly, we are absolutely thrilled with how it came out! We could not have asked for a better producer than John Whelan! In January 2022, we played at Club Passim’s virtual BCMFest, another huge milestone! We have been to BCMFest every year since 2015 and it was great to finally be a part of the show. Then in March, we played our CD release concert at Club Passim with Sammy Wetstein, Conor Hearn, Katie McNally, and Neil Pearlman. That was a dream come true for us to be on that stage in person! We have had an amazing two years musically, and I can’t wait to see what opportunity might come our way next. 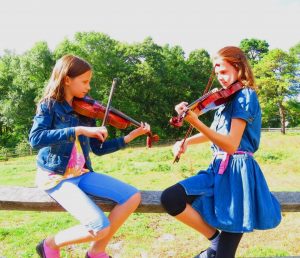 From your perspective, are young people still interested in fiddling?
Emilie: This is a hard question to answer because where we are from, there aren’t really any other young people playing fiddle music. However, when we go to Boston or Ireland, we see lots of young people in college, young adults, and even people our age playing fiddle music of all types. I have started teaching some young violin players and I find that when they learn what fiddle music is, they beg to learn more of it. I am supposed to help them with their orchestra music, but we spend much of our time together learning fiddle tunes. It is great to see how much they love it when they are exposed to it.

How can that be improved?
Emilie: I think Celtic fiddle music is largely unknown to the general public. Young people know about what they are taught. However, most schools focus on classical music in the strings programs and songs from other cultures in the choral programs.  America has a rich traditional music heritage (including Celtic) that goes untaught. I really wish American schools taught more traditional music. I also think that while keeping true to older styles is really important for the longevity of the Celtic music traditions, people who are not familiar with the ins and outs of Celtic fiddle will be more attracted to arrangements and music with a more contemporary spin, which is part of the reason why so many Celtic musicians are deciding to take that route, and why our album is traditional tunes arranged to sound a little more inventive.

What are your fiddling plans for the rest of 2022?
Nora: Last year we learned so much about how we had to prepare to record an album, but we now need to learn how to navigate the world of Celtic radio stations, podcasts, and publications to market our new album. Additionally, we love to play out and do so quite a bit. So far this summer we have plans to play at some outdoor music series, farm festivals, and local pubs. We also plan on making a couple of new sets and arrangements. I also hope to write a tune or two over the summer. Lastly, we are excited to get to go to Swannanoa Celtic Week in North Carolina this year.