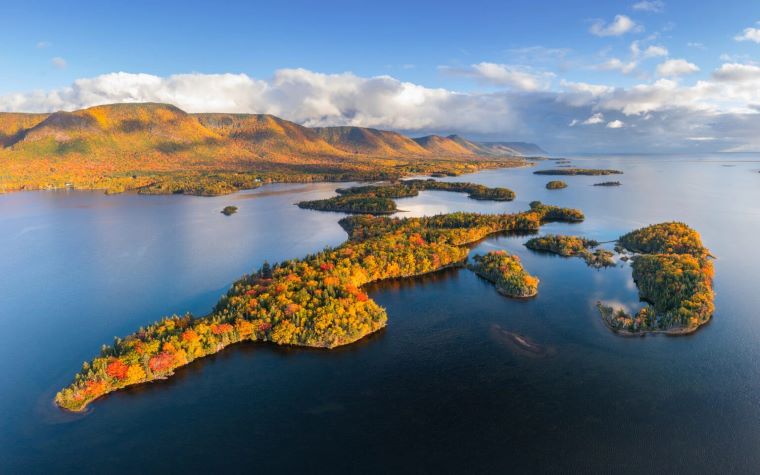 A winding mix of roadway, paths, stairs, and stunning beauty that takes you from unreal ocean vistas to quaint fishing villages” – if anything, Cape Breton Island’s tourism bureau understates the appeal of the 185-mile-long Cabot Trail, one of the most scenic drives in the world.

The Trail, which loops around a sizable chunk of the island, passing through Cape Breton Highlands National Park at its northernmost point, has long enticed visitors to this remote, briny end of the Canadian province of Nova Scotia. And yet it has managed to mostly stay under the radar with a certain class of traveler, as its craggy attractions have never included much in the way of high-end hospitality.

That began to change in recent years with the development of Cabot Cape Breton, an award-winning golf resort on a rocky promontory on the Gulf of Saint Lawrence, which recently added a 10-hole short course and additional luxury real estate offerings.

The island, home to Glenora, the oldest single malt whisky in North America, has also gained a reputation for phenomenal food and drink—no surprise given Cape Breton’s strong French heritage—making the most of the bounty of its fisheries, farms, breweries and distilleries.

More recently, in 2020 serial investor and entrepreneur Jordan Borg acquired two properties on the Island which he has turned into Cabot Coast, Cape Breton’s first collection of luxury vacation rentals, which will eventually become a world-class destination when his development plans are fully realized over the next few years—think infinity pools, wood-fired saunas and in-house pastry chefs. 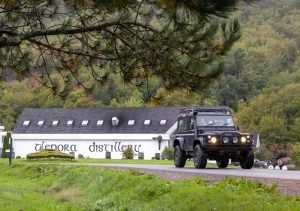 He likes to quote Alexander Graham Bell, who exclaimed upon visiting the island for the first time, “I have traveled around the globe. I have seen the Canadian and American Rockies, the Andes, the Alps and the Highlands of Scotland, but for simple beauty, Cape Breton outrivals them all.”

“Everything boils down to one simple fact—Cape Breton Island’s geography is absolutely gorgeous,” Borg tells us. “Abundant with beaches, cliffs, mountains and sea. It is rugged yet refined. Harsh yet hospitable. And it has something that appeals to everyone. For some, it’s the pristine sandy beaches, for others, it’s the indescribable mountain views”; the golf courses, sailing excursions, Atlantic salmon fishing—and the annual moose-hunting lottery— already attract a well-heeled (and mostly Canadian) clientele who fly in via helicopter or private jet, and mostly fly right back out again as soon as they’ve bagged their birdie or trophy.

Now Borg aims to make them stay a bit longer.

Kevin Andrews, a Toronto-based investment banker with a passion for fast cars, came along for the ride from Halifax. A Porsche and Ferrari enthusiast who has competed in nearly every high-octane and high-stakes rally in the world, including the Gumball 3000, the Bullrun (seven times), and the ART rally through Norway, Sweden, and Finland, he never passes up the chance for a road trip along the Cabot Trail.

“Driving the highlands in Cape Breton is painfully beautiful,” Andrews tells us, “from a high mountain plateau, where moose sightings abound, to the rush down the mountains through switchbacks and into small picturesque fishing villages.” And though he won’t comment for publication, we’re pretty sure he’s set some Gumball-worthy speed records doing it.

Ending the exhilarating driving part of the day’s journey at the historic Glenora distillery in the North Cape Highlands, following a first-class tasting session, Borg arranged for a helicopter to pick us up and transport us to a scenic lighthouse near Cabot Coast’s Conservatory Estate, right as the sun set in a ball of liquid fire; the pilot had recently retired from military duty hunting Russian subs off the Canadian coast. Arriving at the Conservatory, a roaring fire greeted us in the library as renowned local chef Bryan Picard of Bite House, which Bon Appetit called “one of North America’s most beautiful and unlikely restaurants”—not to mention “impossible to get into” (Picard is currently only doing private dinners) prepared a six-course tasting menu in the main house’s gourmet kitchen. Every ingredient was sourced within a dozen miles of the property, and it was one of the most sublime meals we’ve had in some time.

Finishing up with a final dram of single malt that Andrews had providentially brought from Glenora, we went off to bed dreaming of the next day’s adventures. Perhaps a round of clifftop golf or some fly-fishing, followed by a trek in the Defender to one of the island’s more remote locales. No doubt Picard had some ideas on cooking moose meat over a campfire for supper.

Less than 24 hours into our stay in Cape Breton, we could already feel all worldly stress fading away. We had no idea where we’d put our iPhone, nor did we care. About that or anything else aside from planning a return journey.