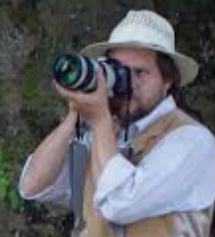 Philosopher, professor and entrepreneur, James Acken is a man of many hats. In the first of an exclusive two-part interview, he opens up about his own roots, and his latest business endeavour, Cultúrlán, which seeks to merge the Celtic past and present.

What is your own heritage/ethnicity?
This is an interesting and complicated question. When asked this on EQ forms, I usually answer “White” or “Caucasian,” though I really find this kind of racial classing idiotic as it addresses neither heritage nor ethnicity. To answer most honestly I would have to say “Southern” as I was born in South Carolina and raised in northern Virginia. There is a much  broader history to this question, though, as my mother’s family is a mix of Scottish, Irish, French-Hugenot and German — a perfect reflection of Southern post-colonial history. My father’s family is almost entirely Scottish, having spent the time since they came over after the last Jacobite uprising mostly in New Jersey. (Our name is an early Anglicization of the name Eachann form Eachduine) The ideal of the “melting pot” that was so prevalent after World War I and II eradicated almost all of my immediate family’s interest in our ancestral heritage, so I and to some extent my brother have taken it on ourselves to trace back what we can. As a medievalist and taking “the long view,” I see the “melting pot” idea as the last stage of cultural assimilation that began for the British and Irish Celts back in the sixteenth century, though I think some would say that assimilation was going on prior to that.

How did Cultúrlán come about?
Cultúrlán began with me and two friends from high school, Jay Henry and Todd Silverstein,  wanting to work together. Back in the Summer of 2012, I saw an advertisement for European castles that were being sold fairly cheaply. Half-joking, I asked on Facebook if anyone wanted to buy one with me so we could start a resort with a foundation in living-history kind of like Colonial Williamsburg (of which I am an enormous fan). They enthusiastically responded that they would love to, but through one thing and another it became obvious that jumping straight into such a project was a little over-ambitious. We decided to take a few steps back and set up a company that we could operate together as a way of determining how ready the market was for our style of business. Much of that style is bound up with my experience as a medievalist focusing on the early poetic cultures of the North Sea and my early training as an artist. For the last ten years I have been increasingly aware that there is an enormous body of Celtic cultural material that has been largely forgotten over the last five hundred years. Academics study and record it, but it is not finding it’s way into popular culture, which still struggles with stereotypes formed during the eighteenth and nineteenth centuries. My first professional goal in life was to be an animator, but I decided to go into Medieval Studies when I realized that my great passion was Celtic culture (particularly Gaelic). Naturally that led me into academia proper, but I’d struggled with the fact that academia prefers studying dead things, and my interest was not in classifying and categorizing but in discovering a living tradition. Cultúrlán seemed a natural venue for exploring how my understanding of Celtic culture and artistry could work together.

What is the company’s mandate?
Our website has a complete write-up of what we do and how we plan to do it, but I’d like to explain it a little differently here. The way I look at it is that Cultúrlán is about building a positive and very real connection with the past. My own personal interest is seated in Celtic culture, so naturally that is central to what we do, but we’re also looking at other cultures as well. My reason for doing so is that I feel that the modern North America and Europe have a very problematic relationship with the past. On the one hand, we’re taught that the past was a dark and dismal time of fear and superstition and so we have an obsession with anything “new and improved. ” On the other, people tend to idealize certain elements of the past whether it’s Jane Austen’s England or Mel Gibson’s Scotland as depicted in Braveheart. Both ways of relating to the past are a kind of colonization: decrying the horrors of the past leads to its erasure — as we’re seeing in Ireland with the road being built through the Tara complex — while idealizing it leads to a new kind of “noble savage” ideal — as can be seen in the painfully Victorian idealizing of the Celt as a brutish poet or the Viking as a hyper-masculinized idea of rugged individualism. Both ways of looking at the past lead to a sense of despotic ownership, a feeling like it is something to be owned and controlled rather than seeing it as a complex, ineffable reality that lives through us in both positive and negative ways. My ideal for Cultúrlán is to reinvigorate elements and aspects of the past that can be a real benefit for our lives today. Thus, there are strongly educational elements to what we do, but for me that is not the focus. I believe that first and foremost we need to be creating beautiful works of art that can stand on their own. I have spent the last twenty years working in several different forms of education, and I know full well that interest (and not repetition) is the soul of learning. If we are doing our job right, then our products will be enjoyable to anyone and not just those interested in Celtic culture, though I think they will be particularly appealing to them. Right now, we’re starting pretty small, but I have high hopes that what we do will grow into some pretty ambitious projects. I still have my eye on those castles …

What are your core products and services?
We have two lines of products at the moment: The Native Celt and Mythographer X. The Native Celt combines First Nations and Native American artistic styles with traditional Celtic artwork in order to point up deep parallels in their mythology, particularly in their veneration of totemic animals. For example, several tribes in the Pacific Northwest revere a figure called Sisiutl who has the character of a heroic shaman: he can travel between the worlds, upper middle and lower, securing their benefits for earthly communities. He is nearly always depicted as a man’s head with deers’ antlers and two horned serpents extending out from where his lower body should be. This is surprisingly close to Gaulish depictions of the deity Cernunnos, and there are numerous other such parallels that form the basis for a very unique style benefitting from both traditions, Native American and Celtic. Currently we offer t-shirts, glasses and temporary tattoos with this artwork. Our 20 oz. pint glass, for instance, is decorated with the figures from the early Irish story of Cormac Ua Cuinn and his trip into the otherworld to meet Manannán Mac Lír. The heart of the story literally revolves around the otherworldy cauldron in which Celtic tradition believed poetic art and sovereignty was brewed, so the glass itself becomes a kind of symbol of this cauldron with representations of the characters arranged around the top of the glass. Many of our shirts also incorporate old Gaelic proverbs into the artwork. I believe very strongly in promoting the Celtic languages, so I wanted to have a venue where I could show how beuatiful and powerful it is. If the Native Celt looks to bringing more of the past, the old stories and proverbs, into the present Mythographer X offers us a chance to create new stories that are deeply informed by these mythologies. Right now, we offer mostly t-shirts, my personal favourite being our UMSC: Undead Mystic Steampunk Celt shirt. I liked it so much when we designed it that we’re working on producing a graphic novel based on it, but our big project at the moment is working on a deck of playing cards that is deeply informed by Celtic mythology. We’re crowd sourcing some of the cost of production on Kickstarter, so you can find a good deal of information there. Artistically, the artwork is a kind of modern amalgamation of medieval and classical styles, like a naturalistic blending of decoration from La Tène artefacts and the Book of Kells. This is just the beginning, though, and we are talking about designing games, both table-top and video, that extend out of the early mythologies.

Who are your clients?
Hopefully everyone, but I would say that right now we are specifically reaching out to those interested in Celtic and popular culture. We attend and sell at highland games, comic-book and gaming conventions, and (in the coming year) renaissance
festivals. We also, of course, have an online store, and many of our products will be available through Amazon. Speaking of renaissance festivals, I would really like to start working on some articles of clothing based on late medieval Gaelic styles. Much of what we consider to be Celtic clothing, i.e. the kilt, Argyll jacket, those wide-collared shirts that you see at highland games, are actually styles that were formed during and after the Gaelic diaspora (ca. 1580–1860), so I would like to see a revival of some earlier forms of dress that could be connected with modern Gaelic culture, but we’ll have to see what kind of interest there might be in that kind of thing. I’d like to reiterate, though, that my ideal is to provide goods that are of such high quality that anyone would want to buy them. You don’t have to be Irish to appreciate the Book of Kells, and much of the mythology touches deep, commonly human characteristics that could benefit anyone.

What sets you apart from your competition?
That really depends on who you consider our competition to be. On the whole, the thing that differentiates us is my adamant intention to remain true to the traditional elements of the cultures. More of Gaelic culture has been lost over the last five centuries than almost everyone can possibly guess at, and the opportunity to reclaim that is quickly waning. This is even more true of Native American culture, though there are at least places where it is still nominally the primary culture. What we can reclaim from the trash-heaps of history deserves to have some kind of place in our modern lives, Gael or no, and I think this is profoundly different from how many companies today relate to the past. This is not to say that this is the only thing that differentiates us, and my ever-present hope is that the quality of the artwork and usefulness of each product will also set us apart. My goal is not to sell Celtic straws for use on St. Patrick’s day, for example. There is a definite place for those (and I have used many), but it’s not what we are interested in offering. Now, shot-glasses … that might be a different story …