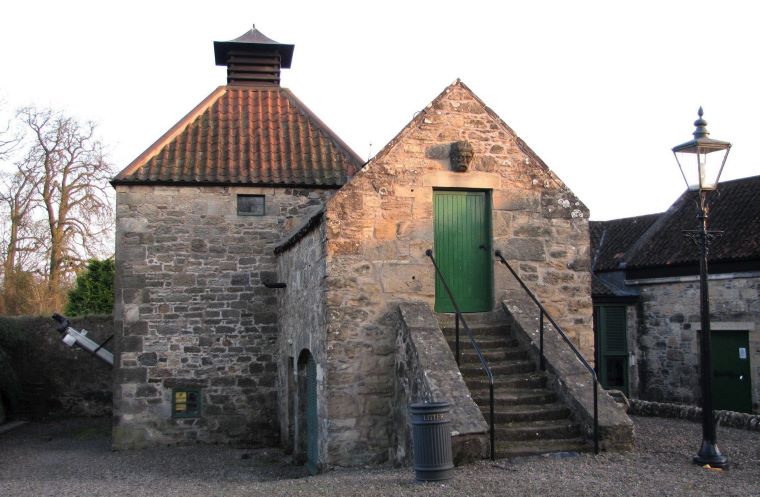 Until the closing decades of the 19th century, most Scottish distilleries had started out as farms. Some were blessed with fertile fields, perfect for growing barley, while others got their start with cattle farming. Many did both. Either way, some discovered in due course that it was much more profitable to use malted barley to make whisky than it was to be a simple farmer. By the 1700s, there were literally tens of thousands of illicit stills across the highlands of Scotland, most of them belonging to farms and small crofts. By 1820, as many as 14,000 illicit stills were being confiscated each and every year.

There is an interesting synergy between the two – farming and malt whisky making – that goes well beyond the obvious. Barley has been Scotland’s most important cereal crop for centuries. The grain is not only well suited to grow in the nation’s cool, damp northern climate, but it is also very stable. Scotland’s barley production continues to be the bedrock of its whisky and livestock industries, but the grain has a catch; it stores its energy in the form of starch, and before you can feed it to cattle and sheep, the grain needs to be modified. The best way to do this is to first use the barley to make beer or whisky.

The first step of the brewing and malt whisky making process is malting. By steeping it in water, and then leaving it to breathe, the grain is tricked in to thinking it is spring, starting the process of germination which converts the starches to sugars. When the sugar yield is at its maximum, the process is stopped by drying the now-malted barley out. The grain is then milled, and the sugar extracted by sparging hot water through it. The sugary water, or wort, is then fermented to become beer or whisky. The leftover spent grains are now rich in protein and slightly sweet, making them perfect animal feed. 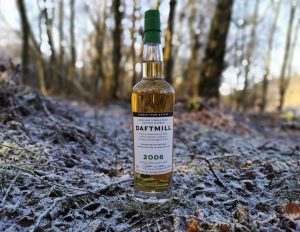 In 1823, the Excise Act was passed in Scotland, reducing the size of legal stills and, more importantly, the duties levied on small distillers. Nicknamed the “Small Stills Act,” it encouraged small scale distillers – mostly farmers – to go legit. Almost all the malt whisky distilleries founded before the last two decades of the 19th century began as farms. This only started to change in the 1880s, with the explosion in demand for malt whisky brought on by the collapse of Europe’s wine industry.

Flash forward more than 100 years, and the Scotch whisky industry is a very different animal.

Many new distilleries have opened in the last decade. As with the modern industry as a whole, few of them retain a direct link to farming, other than the need for barely as a base ingredient. One curious exception is Daftmill Distillery, established by Francis Cuthbert in Fife, in 2003. The distillery was built in two-hundred-year-old farm buildings, in the fertile Eden Valley. The land has been farmed for more than a thousand years, by just 3 families, and specializes in growing malting barley for the whisky industry. For the last 15 years they have held back about 10 per cent of their annual barley harvest so that it may be used in the production of their own whisky. Oh, and they also raise cattle!

Daftmill’s production is small, just 20,000 litres-per-year – less than 1/1000th of what Glenfiddich or Glenlivet produce over the same period. As with the farm distilleries of the 18th and 19th centuries, whisky production has to be scheduled around the farm’s main enterprise, and it is restricted to two three-month windows following the Spring and Fall harvests. Unlike most of the other new Scottish distilleries to open in the last decade, Daftmill was not in a rush to get its product to market. Both the distillery and its annual whisky production are financed from the farm’s profits. Francis Cuthbert was determined not to release his first whisky until it was well and truly ready. This came to pass in 2018 when the first bottling, a 12-year-old, was released and sold by ballot.

One of the best descriptions that I have seen of Daftmill Distillery is that it is Scotland’s oldest new distillery, at the forefront of the modern Scottish distilling boom along with Kilchoman Distillery on Islay. The two started production just a few months apart in 2005, and both are situated on barley farms. But the similarities end there. Kilchoman started releasing its whisky in 2008, to finance ongoing production, and it also happens to operate a farm to supply some of its production. Daftmill is a farm distillery, in the model of those of the 19th century – it is a farm that just happens to make whisky.

Daftmill Distillery is located about 30 minutes from St. Andrews in the bucolic countryside of the Howe of Fife. A working farm, there is no visitor center, and the distillery is not open to public except by appointment. Nor is the whisky particularly easy to come by; only a handful of bottlings have been released in the last two years, most of them single casks. But there will be more, when Francis feels the whisky is ready! ~ Story by Andrew Ferguson