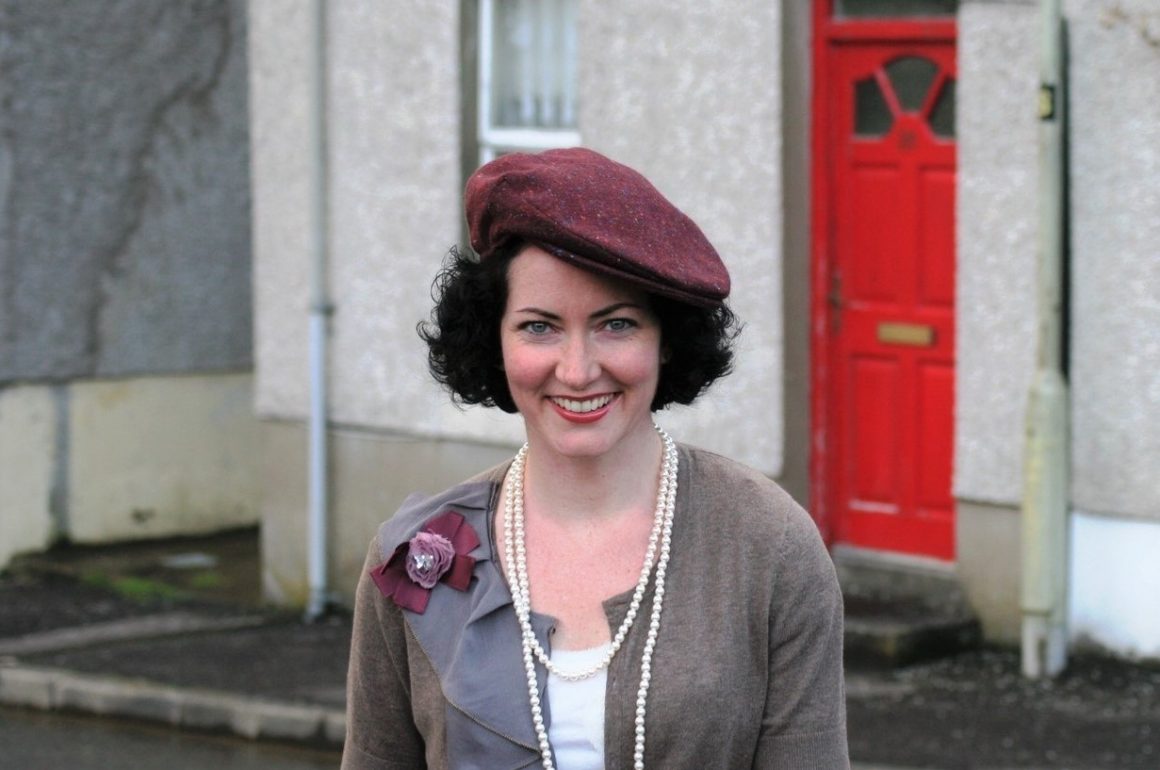 You would be forgiven for thinking that Tara O’Grady does not perform Celtic music. With a pin curl bob and strappy shoes, the Irish American songstress looks more at home in a smoky, turn-of-the-century nightclub, aside a jovial jazz pianist.

Despite her appearance, however, the New York native’s music is inspired as much by Celtic trad as it is by old-school jazz.

“My mother was born in Donegal, Ireland, and my dad is actually a trad fiddle player,” she tells Celtic Life International via email. “Growing up, I was always singing around the house, listening to my parents’ music, which was Irish trad, as well as Elvis Presley and music from the 1950s.”

After leaving her full-time job as a teacher, O’Grady considered a career in music. 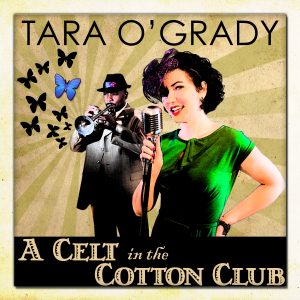 “I knew I could carry a tune, so I began to sing full time and write original songs. It was my eye doctor who introduced me to Billie Holiday and Ella Fitzgerald and the rest. Suddenly a whole new world opened for me. But my Irish family didn’t want me to sing jazz songs at family parties – they only wanted to hear Irish songs. So, I started singing ‘Danny Boy’ and ‘Peggy Gordon’ and ‘Go Lassie Go’ with a jazz tempo and phrasing. That is when I recorded a full album of Irish songs that swing like jazz, with trumpet and saxophone, called Black Irish.”

Released in 2010, Black Irish was an instant success, winning O’Grady the Irish Voice’s Most Influential Women award that year. Since then, she has released four additional albums; her sophomore effort, Good Things Come to Those Who Wait (2011); Celt in the Cotton Club (2013), a collection of Irish-jazz originals stirred by the sights and sounds of Nashville; Irish Bayou (2015), an 11-track recording inspired by New Orleans; and, most recently, Folk Songs: Song about Real Folks (2017), a mix of folk, gospel, swamp pop, swing, country, and jazz.

“I am simply inspired by people’s stories and journeys. I write songs on airplanes as soon as I leave a new place. I like true stories about real people. The songs I write are about real experiences, and the words reveal snapshots of those experiences.

“Of course, Ireland is never far from my mind, even if I am far from Ireland.”

Recently, O’Grady added “author” to her resume with the release of her memoir, Migrating Toward Happiness: The Soundtrack to My Spiritual Awakening. Described as “Eat, Pray, Love meets Thelma and Louise on the yellow brick road,” the 254-page tome invites readers on a revealing and emotional journey of self-discovery.

“I always wanted to be an author. I declared so at age eight. I just needed the right story to write about. When I left my teaching job, I decided to recreate my Waterford-born, Irish granny’s road trip. She drove a 1957 Chevy Bel Air from New York to Seattle in 1957. She didn’t have a license, and she asked my Roscommon-born grandfather if she could get one, but he said no. She secretly got her driver’s license by asking his Irish friends in NYC to teach her how to drive, and then she took her husband’s ‘57 Chevy on a 6000-mile cross country road trip for 7 weeks, sleeping in the back seat of the car. Women did not leave men in the kitchen to fend for themselves in the 1950s, so this was a daring feat. Plus, she didn’t know how to turn the car around. 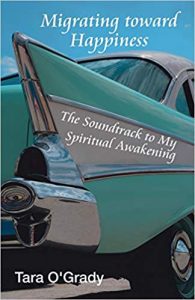 “Every chapter of the book is titled after a famous song, creating a soundtrack to the road trip. Songs from Billie Holiday and Willie Nelson to Elvis and Frank Sinatra – and even Led Zeppelin and Bruce Springsteen.”

Since its release, the book has received both popular and critical acclaim, including a warm shout out from author Jeannine Cummins, who called the work an “intimate melody.”

“I have men and women of all ages telling me they couldn’t put the book down, and that it makes them laugh and cry at the same time.”

With her first book behind her, O’Grady is moving forward with her sophomore effort.

“I have already written the first few chapters and, while I was in Ireland recently, I got a new idea for another book. I am now taking folks with me on tour to Ireland and across Europe and America for all sorts of retreats. I am here to teach lessons on love and compassion, and I plan to do so with my books, my music and my global excursions. All are welcome on my journeys of discovery.”