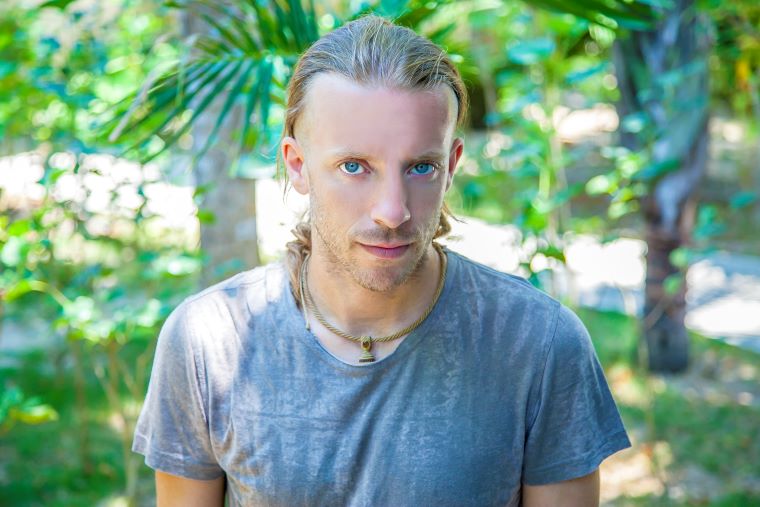 Given his almost whimsical upbringing, it is not surprising that Daniel Allison developed a fascination with myths and stories.

“I grew up in the Lammermuir Hills in East Lothian, on an estate where my slightly-eccentric grandmother kept a huge flock of peacocks,” the 37-year-old tells Celtic Life International via email from his home in Edinburgh. “I spent most of my time either tramping around on the hills with my dogs or reading fantasy novels and wishing they were real.”

And while dragons and dryads might not exist in the literal sense, the stories about them are quite real in a cultural sense; Allison found out, some years later, that there is a life to make from telling them.

“I was taking didgeridoo lessons from a Welshman named Ken Shapley. He said me that I could tell myths and legends for a living. I couldn’t believe it, yet I knew instantly that it was something I had to do. Since childhood I have wanted to be an author; but being an author is just one way of telling stories.”

Allison, who has a background in theatre, proved to be a natural soothsayer; today he weaves tales for children and adults alike.

“Every time I get into my car after a day spent working with hundreds of children I sit there saying ‘thank you.’ I might have walked into the mouth of a sea serpent with Primary 7, played the harp for the Fairy King with Primary 6, gone in search of the last monster in Africa with Primary 5…and I always play some didgeridoo for the kids, and often they all get up and dance at the end. What could be more fun than that? 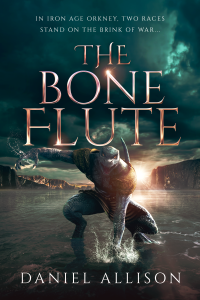 “With adults and older children, I choose stories that get down to the meat and bones of living,” he continues. “They are full of impossible choices, unrequited love, and stark terror. I don’t tell these stories flippantly; I have to do so knowing what they can stir in people. A story like The Six Swans can feel like a rebirth, and I have seen people experience this. But within it are traumatic experiences of abandonment and violence that listeners may well have experienced.”

“It is important to respect the power of the story and to trust it to do its work.”

While he is continuing a tradition of oral storytelling, Allison isn’t just beholden to the old ways. In the 21st century, modernity brings opportunities to reach new ears, including with his podcast, House of Legends.

“I started that in April 2019 while living in Thailand. I had thought about it for a long time, but most of the story podcasts I had heard were for young children or took a very light, humorous approach to stories, which isn’t my style. However, I realized that there must be a market for a podcast featuring my style of storytelling, even if it was a narrow one.”

Allison is also working on a few books, chief among them is his first novel, The Bone Flute.

“For years I have had children asking me if I had a book they could read, so I decided to write something for upper primary/lower secondary school pupils, based on one of the stories that I tell and love – a tale from Orkney in Northern Scotland called Asipattle and the Muckle Maester Stoor Worm, about a lackadaisical farm boy who takes on an enormous sea serpent. I always felt there was more to it. When I looked at the story more closely, it was like a trapdoor opened and the entire plot for the book came pouring out.”

After its release, he plans to get to work on a sequel, in between teaching other would-be yarn-spinners the tricks of his trade.

“I am a bit of an evangelist when it comes to this; I believe self-discipline trumps talent and everything else. I am going to start coaching writers soon and I won’t be sending them out to look at clouds and daffodils; we will be talking more about alarm clocks and week-planning.

“We really need more young storytellers,” he adds. “How we present storytelling is crucial in demonstrating that it is not a throwback activity for medieval festivals. It is living, it is vibrant, and it supports us to love one another and the wild places better. It could not be more relevant.”