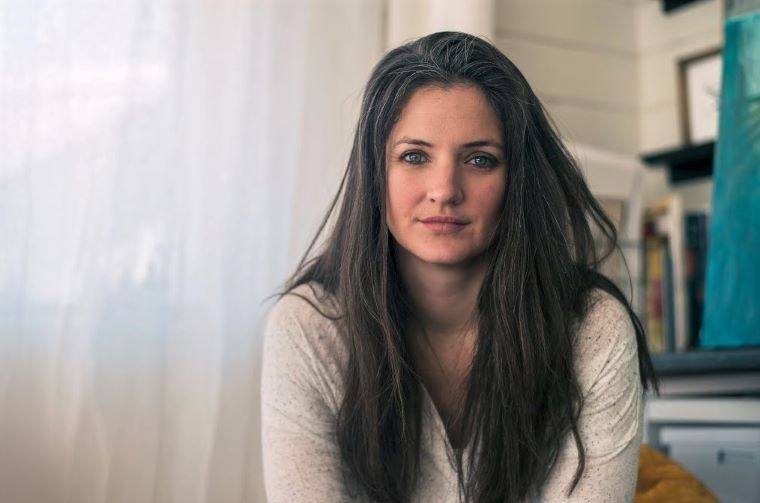 The tome was an instant success thanks to both its poetic prose and alluring artwork. But this wasn’t your typical children’s book; snug behind the story’s final page sat an old-school, impeccably rendered paper doll kit.

Born and bred in Salem, Massachusetts, Corr Scott knew that she wanted to be creative from the age of three.

“That is my oldest memory of it,” she tells Arts East over the phone. “When I was little my mom would fold pieces of paper in half and staple it like a book and I would write in it.”

In addition to authoring a book, Corr Scott has also plied her trade as a professional artist for more than six years.

“I make and sell paper doll kits for children – another thing I loved to do when I was a kid. Making paper dolls just struck that creative spark for me, and so I decided to incorporate them into the book. When I sent my manuscript to the publisher, I included a paper doll. They were thrilled. Writing the book was one of the biggest highlights of my career.”

Corr Scott will release her follow-up narrative, The Book of Selkie, this May. Although similar in style to its predecessor, the author notes that this project draws inspiration from her Irish heritage. 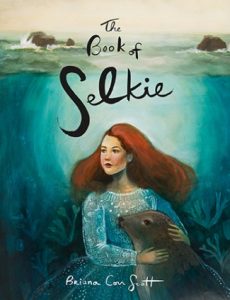 “My dad is from Belfast, and I have a lot of Irish relatives on his side of the family. The first paper doll kit I ever made was a Selkie paper doll. When I was in Massachusetts, my family lived in this little beach community and I have memories of myself there during the wintertime – walking around when the town was quite empty – and I would see the seals come up on the beach. Seals have always a very special place in my heart because of that. Then I read the Selkie stories in folklore and that really inspired me.”

The Selkie story is an old Scottish folktale that was popular across England, Ireland, and other countries bordering the North Sea.

Half-woman, half-seal, the creature is compared most frequently to her cousin, the mermaid.

“She becomes human and lives as such,” Corr Scott explains. “In many stories, she goes onto have children. But then she will leave the children and go back to the sea. Typically, the Selkie in stories gets captured by a man, but in my version, there is no man involved and she doesn’t get captured. It is a more subtle conflict about her being caught between the land and the sea. It is not a direct retelling.

“I loved that idea of a selkie being paper doll because she has a wardrobe inherently built into her story,” she continues. “It is a story about someone being torn between two places, which is something I can relate to as I immigrated to Canada from the U.S. and my family is far away from me.”

She notes that the project required a fair bit of research.

“I worked on it about a year, from start to finish, but I feel like I have been researching this book since I made that first paper doll. There was one book of stories called The Tales of the Sea People by Duncan Williamson that was helpful. It is a collection of tales from the Orkney islands and the coast of Scotland that were originally passed down through word-of-mouth. I also did an art residency at the Burren of College of Art in Ballyvaughan, which is in County Clare. I used a lot of visual impressions from that area for scenes in the book.”

Corr Scott is already working on her next creative project, alongside local author Taylor Widrig.

“It is called The Mermaids Handbook, and I am illustrating it. In the book there are eight different profiles of Selkie and mermaid creatures from around the world. It is interesting to see how all these different places have a very similar story.

“I am also working on new manuscripts for new books and illustrations for my small business, and exploring art and animation inspired by my time in Ireland as well.”