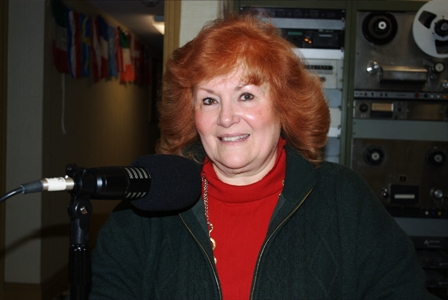 Diane Byrnes fell in love with Irish music over three decades ago. In fact, the life-long Pennsylvania native was so taken with the genre that she began taking Irish dance lessons.

Byrnes’ newfound passion soon had her attending local and regional Celtic events as well, and, sure enough, the idea to organize bus trips and bring along like-minded folks wasn’t far behind. “I had a brilliant time at these gatherings,” she notes by email. “It was an experience I simply had to share.”

Those shared experiences led to discussions with a friend about the need for more Irish music in the Pittsburgh area, and within months the pair had partnered to push the genre via area concerts.

“We promoted many musicians, and had some really great shows,” recalls Byrnes. “One of our goals was to eventually develop a radio program to promote the artists we were bringing to town.”

Eighteen months later, her wish came true when she was contacted by WEDO 810am radio station manager, John James. A local Irish radio program was transferring to WEDO, and James sought the support of Byrnes’ business. She arranged to visit the station the following week. When she arrived, however, the station manager was in a state of panic; the program’s host had changed his mind at the last minute. Despite her inexperience behind the microphone, Byrnes volunteered to host a show of her own.

Twenty-eight years later, Byrnes is still enamoured with Irish music and culture, and Echoes of Erin continues to broadcast on WEDO each Sunday from 12:30 p.m. to 2 p.m. in the Pittsburgh area, and online via the station’s website.

“I love sharing with my listeners every week,” she says. “I have all ages of people tuning in – from young children to elderly adults. Some listeners have told me Echoes of Erin is the best Irish radio program in the country. I am honored to receive such accolades.”

Along with promoting Irish music, the program aims to “stimulate discussion of political and social issues, introduce topics of interest, and teach Irish history” through a variety of segments, including reports from regular correspondents and interviews with both prominent and everyday Irish.

Past guests have included the likes of Gerry Adams, President of Sinn Fein; Paddy Maloney of the Chieftains; Mairead Nesbitt of Celtic Woman, and Joanie Madden of Cherish the Ladies.

Themed shows are also on the agenda, with in-depth looks at the Easter Rising of 1916, the Hunger Strikes, Women in Irish History, and Michael Collins.

At the heart of the show, however, is Irish music; from classic “trad” tunes and rebel songs to contemporary Celtic rock and “some stuff you may have never heard before.”

As a companion to her weekly broadcasts – which are archived for fans on WEDO’s website – Byrnes keeps an updated playlist and a regular blog available online.

And while her core market remains the United States – specifically Ohio, northern West Virginia, northern Maryland, and southwestern Pennsylvania – the wonders of technology means that Echoes of Erin is also enjoyed in Canada, Australia, Ireland and elsewhere.

Despite the growing exposure, however, Byrnes admits that it can be a challenge to keep the show going.

“Some years are better than others. There isn’t any financial gain for me, so finding enough funding is always difficult. Sometimes I have had to pay for air time and other expenses out of my own pocket. Still, the community relies on me to bring them music, news, and information on topics of interest – I could not let them down.”

As such, she would love nothing more than for Echoes of Erin to celebrate its 30th anniversary in 2017.

“After that I will take it one step at a time. I have had such brilliant experiences with the people I have met and the places I have traveled. Money could not replace any of this. It has all been very fulfilling and rewarding.