As Celtic Life International contributor Linda Yewell explains, digging through your roots is easier, and more affordable, than you might think.

Now that I am retired, I am constantly on the lookout for inexpensive and/or free things to do. As I have always been interested in my family tree, I joined a genealogy group. At one time, I thought I would have to sign up to expensive websites or go to the library to research my family. Not anymore. I have discovered several sites on the internet that are both free and have plenty of information about my Irish, Scottish and Welsh ancestry.

FamilySearch.org belongs to the LDS church. The LDS church has been collecting birth, marriage and death certificates, along with census and military records – and more – for many years. There are several headings on the menu bar, but the ones I use the most are ‘Search’ and ‘Family Tree’. Under ‘Search’, simply type in your ancestor’s name on the left hand side of the page, hit submit, and you will find birth, marriage, death, census and sometimes military records. I found out that my maternal grandfather was drafted during World War I but did not serve, most likely as he had a wife and a child. My paternal grandmother was born on a farm in 1899, and though there was no birth certificate, I have the census of 1900 which lists her as a one year old child. Also under ‘Search’ is the ‘Genealogy’ heading, but you need to watch this page as it is based on members plugging in what they know or think is their family tree. That leads to the other menu bar I use on this site, ‘The Family Tree’. This heading has ‘Tree’, ‘Person’, ‘Find’, ‘List’ and ‘Family Booklet’. I use ‘Find’ the most, as this is where you can input a name and quickly trace your ancestors. You can also tab to the ‘Family Tree’, where you can use your own research to set up a family tree. There are slots to put birth, marriage and death information, and you can also add pictures. This will only be as complete as the person who did his or her research, however. I found a minor error in my paternal family tree that someone else created. You can edit this tree, or you can send an email to the creator of this tree with the correction. Here, I traced another branch of my father’s family to Robert I of Scotland. I found this hard to believe at first, but apparently one of King Richard III of England descendant’s is a carpenter from Canada, whose DNA was verified. So maybe some of us ‘commoners’ might actually have real connections to royalty. 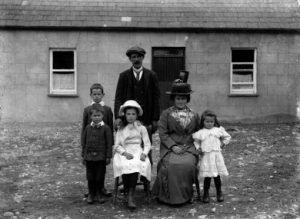 A site my brother told me about is FindAGrave.com. You can also download this as an app on your smart phone. FindAGrave.com is run mostly by volunteers who go to cemeteries, take pictures of tombstones, list the birth and death dates, and note spouses and children. Sometimes there is also a bio on the page. You can find someone by name, or you can pull up cemetery listings on both the website or mobile app. Simply put the name, country (and state and county if USA), and if someone has documented the grave, you will find it. This is a global site, so if one of your ancestors died during World War II and was buried in Europe, you should be able to locate his or her grave. You can also pull up famous people’s grave sites by states or countries. I found out that I am related to a 1960s TV actor named Gardner McKay, who is buried in Kentucky. Again, as this site is mostly run by volunteers, there are occasional errors. On my great grandmother’s page I found a mistake, and I sent an email to correct this, though I am still waiting for a reply. I was also given the opportunity to sponsor the grave site. As I have the app installed on my phone, I use it while I am surfing FamilySearch.org to verify birth and death dates.

If you have a library card, you should be able to pull up HeritageQuest.org at home by setting up an account through your local library. There are several headings on the menu bar such as ‘Family Names’, ‘City Directories’, and ‘Immigration Records’, but the two I use the most are ‘Census’ and ‘Revolutionary War Pension Records’. The ‘Census’ will pull up entire available polling records from a particular state. I have also used this site to verify ancestors that moved out of state. Since you have a copy of the original census, you can see who your ancestors lived next door to, as sometimes neighbors were also family. The ‘Revolutionary War’ menu bar also has pension requests from revolutionary soldiers or their widows, and will note whether or not that pension was granted. I found my ancestor, Amos Goodwin, who served in Virginia, via his asking for – and receiving – a pension in Kentucky. Often, you can see the original pension request with your ancestors’ signature. The ‘Military Records’ option also has this information.

DaughtersoftheAmericanRevolution.org is devoted to Revolutionary War soldiers as well. This site has many headings, but I use the ‘Library’ page the most, which displays the patriot’s name, and his or her descendants. Not only have I used this site to verify my own ancestors, but I have back-traced ancestors whose lines stopped in FamilySearch.org. It can be a long shot, but sometimes this approach works if that ancestor fought in the American Revolution. 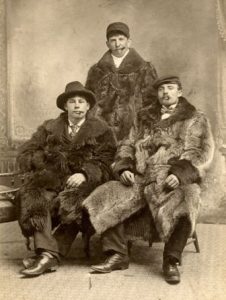 Two other good volunteer sites are USGenWeb.com and RootsWeb.com. USGenWeb.com is broken down into individual states, and if there are many historians working on a particular state’s page, there will be a lot of information. I discovered my ancestors’ land deed in Duplin County, North Carolina, but on other state’s pages I found little that was helpful. Rootsweb.com has ‘Searches’, ‘Family Trees’ and ‘Message Boards’ on its menu bar. If someone has done a lot of work on your family’s name you will find all that information here. However, if little or no work has been done you are out of luck. On the ‘Message Board’, I did find several notes from others about one of my ancestors in North Carolina, Jesse Ellison, who shows up until the 1790 census. He was born in North Carolina but he has no listed parents, which, I am told, is not uncommon. I also found my McCormick ancestors, and learned that they came from Northern Ireland by way of Scotland. Apparently, I have both green and orange men in my family.
I live in Kentucky, where the public libraries offer complimentary access to Ancestry.com. I will sometimes plan a free afternoon and log onto the popular site, which often has the same information as on the aforementioned portals, but occasionally offers new data. You can also set up your family tree here.

I know this is a lot of information, but the good thing is you can work on this at home. For me, it has been both fun and rewarding, especially when I discover something new. For example, I recently learned that I have branches from Wales on both sides of my family that none of us knew about. I also have an ancestor who was born illegitimately in Virginia, and who later became a doctor in Kentucky. On my mother’s side, I am apparently related to the Vanderbilts. Now those are the kind of relatives you want to have!