The Celts of England 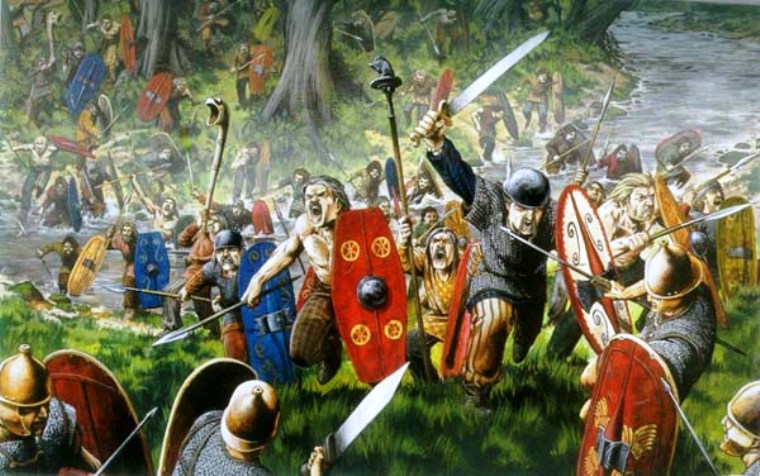 Since Roman times, millions of people have thought of themselves as “British”, but this identity was only created with the Union of England, Wales and Scotland in 1707.

Britain was just a geographical entity until the 17th century when James I of England and VI of Scotland sought to establish a pan-British monarchy.

Throughout recorded history the British Isles have consisted of multiple cultural groups and identities. 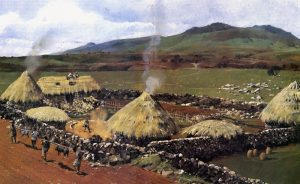 They spoke the Insular Celtic language known as Common Brittonic and lived in Great Britain (England) during the Iron Age, the Roman Era and the post-Roman Era. It is believed that the majority of Briton population respresented a continuity with the preceding Bronze Age.

Celt comes from the Greek word, Keltoi and means barbarians. It is properly pronounced Kelt. No one called these people living in Britain during the Iron Age Celts until the 18th century. They were simply known as Britons.

Many years ago during ancient Greek times, Pytheas called these northern islands collectively, ai Bpettaviai (hai Brittaniai) which has been translated to the Brittanic Isles. He had made an explorer’s voyage around the British Isles between 330-320 BC and had seen them with his own eyes.

These Britons,  renamed Celts in the 18th century by historians and archaeologists, became a Romano-British population in 43 AD when the Romans invaded Britain (England) and conquered the Britons living there.

During the early Roman Era the Romans named the island Britanni or Brittanni, following their conquest in 43 AD and this is where the name Britannia for what is present day England comes from.

Northwest Europe was dominated by three main Celtic groups: the Gauls (in France), the Britons (in England) and the Gaels (in Ireland).

So, for the purposes of this article, the Britons (in England) refer to the different Celtic tribes that lived throughout what we know as present day England.

Celtic Britain consisted of the Iron Age from approximately 600 BC – 50 AD and this was the age of the Celt in Britain (England) as the Celtic culture established itself throughout the British Isles. They arrived in Britain as separate tribes that migrated there and were loosely tied by a similar language, religion, and cultural expression.

First, their language, as mentioned before, was called Common Brittonic and is believed to have developed from proto-Celtic after it was introduced to the British Isles from the European continent. 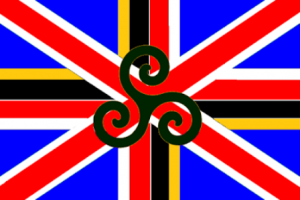 The Celts lived within tribes without a central government and brought iron working to the British Isles. The use of iron changed trade and brought local independence to the tribes. Trade was essential during the Bronze Age, but iron was relatively cheap and available almost everywhere so each tribe was less inclined to have to trade with other tribes.

Each tribe lived in hill forts throughout the region and protected their forts with small ditches and bank combinations encircling defensible hilltops. The forts did not have running water though and the Celts could not stay there indefinitely.

The clan was the basic unit of Celtic life and was a sort of extended family. The Celts had a different form of child rearing in those days. Their parents did not rear them as the children were farmed out and raised by foster parents. The foster father many times was the brother of the birth mother.

The Celts lived in huts of arched timber with wicker walls and thatched roofs. Huts were gathered into a loose hamlet. .

Although Celts have been described as warriors, and they were excellent warriors, they lived daily on a farm economy. The Celts were farmers and quite innovative. They brought the iron plow to Britain and this brought about an agricultural revolution. They were able to cultivate rich valley and lowland soils.

The iron plows were heavy and required a team of eight oxen to pull the plow. To avoid having to have so many oxen, the Celtic fields tended to be long and narrow. 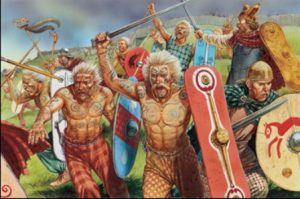 Celtic lands were owned communally, therefore, wealth was determined by the size of cattle herd each Celt owned.

Celtic women were treated very well in their culture. Women were equal to men as they owned property themselves and could choose their own husbands. They could be war leaders as exemplified by Queen Boudicca who in 60-61 AD raised a revolt against the Romans.

Their culture and history was passed down verbally from one generation until another. They did have a written Celtic language but not until well into Christian times. Bards and poets were who passed on the verbal transmission of the culture and history and what we know about them today comes from old tales and poems verbally passed down before eventually being written down.

Their religion was in the hands of the Druids, a super class of priests, political advisers, teachers, healers, and arbitrators. Here the verbal tradition was important. They even had their own universities where the traditional knowledge was passed on by rote memory. They also acted as ambassadors in time of war, composed verse and upheld Celtic tribal law.

The Druids were considered the glue holding together the Celtic culture. The word Druid is connected with the Celtic term for oak, trees and sacred groves and loomed large in Celtic religious life. Their religious ceremonies were held in woodland groves, near sacred water such as wells and springs. They also believed in reincarnation of the soul and in keeping a balance in the universe.

The Romans have left written record of human sacrifice as being part of Celtic life. This does need to be taken with a grain of salt, as the Romans viewed the Celts as barbaric compared to themselves which they viewed as civilized.

Not much is known about the Druids or their religious practices as the Druids were steeped in mystery and secrecy and their practices were not made public to the Celtic people or to history.

As mention earlier, the Celts were fierce warriors. They liked to cover themselves in blue paint and tattoos to give a frightening fierce look as they fought war in the naked. They routinely cut off the heads of their enemies in battle and displayed them as trophies.

Since this was the Iron Age, the Celts made great weapons and shields made for battle and they took great pride in the use of light chariots in battle. 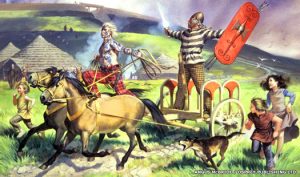 They mounted heads on doorposts and hung them from their belts. The Celts believed the seat of spiritual power was in the head and so by taking an enemy’s head they were taking this power for themselves. This was how they justified whacking off the heads of their enemies and then keeping them.

It is during the Iron age that we first find cemeteries for ordinary people and the Celts buried their dead in the ground.

The Celtic territory inhabited by Britons was composed of numerous ever changing areas controlled by tribes.

Unfortunately, the Celtic tribes couldn’t stop fighting among themselves long enough to put up a unified front (with the exception of Queen Boudicca’s army) and were easily conquered by the Romans costing them control of Britain.

Their territory before and during the Roman period is unclear but it is believed to have included the whole island of Great Britain as far north as the Clyde-Forth isthmus.

The English are Celts

As time went on, the Romans pushed further north in Britain and fortified the northern border with Hadrian’s Wall, which spanned what is now Northern England. The native Britons kept their own land but were subject to the Roman government.

The Roman Empire kept control of “Britannia” until their departure in 410 AD. The Germanic speaking Anglo-Saxons began a migration to the eastern coast of Britain where they established their own kingdoms and drove out the Romans as their empire was collapsing. 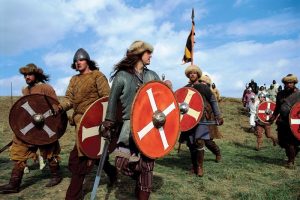 By the end of the first millennium the Anglo-Saxons had conquered most of the Brittonic territory in Britain and the language and culture of the native Britons were extinguished.

The Anglo-Saxon Kingdoms in England drew their cultural inspiration and their dominant language almost entirely from across the North Sea, from Germany and Scandinavia. Therefore, mixed natives and immigrants became the English.

The Bretons of Brittany, France

The Bretons are descendants of the Britons, who emigrated from southwestern Great Britain to the farthest western shores of Brittany, France and brought the Brittonic Celtic languages with them.

Legendary Kings of the Britons

Cadwallon op Cadfun – King of Gwynedd – fought against the Anglo-Saxons

Cassivellaunus – lead defense against Julius Caesar in 54 BC

These are just a few of the kings of the Britons who lived legendary lives and their brave stories have lived on to modern times.