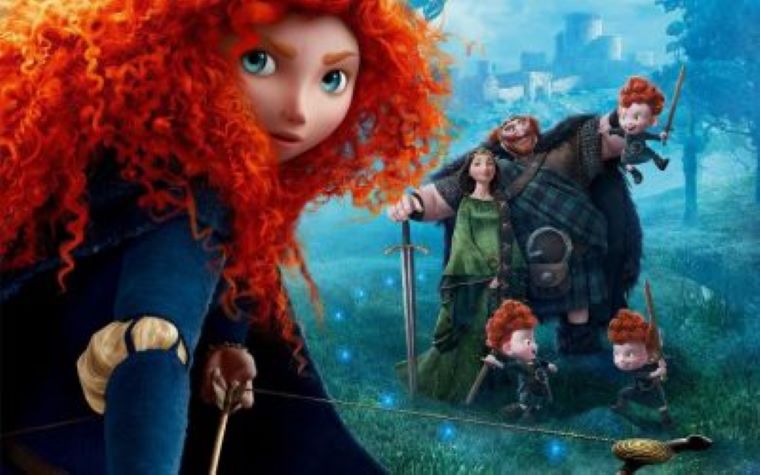 When Disney and Pixar launched the computer-animated film Brave in June 2012, the film was praised for its strong flame-haired heroine and its lush landscapes inspired by the Scottish Highlands. This also marked the first time the “Disney treatment” was given to Celtic culture.

The Scottish Gaelic language, a foundation of Scotland’s Celtic culture, appears here and there in the film. To help you make sense of it, I’ll review the use of Gaelic in Brave from my perspective as both a linguistic anthropologist and a Gaelic speaker.

The movie is set in ancient Celtic Scotland; we know this because there are bears, which became extinct in Scotland well over a thousand years ago. But Brave, like most Hollywood movies, lacks historical accuracy when it comes to language.

The characters in the film speak Scottish English and some Scots. Scots and English belong to the Germanic family of languages, not the Celtic family. The Scots language emerged in Scotland in the 1200s-1500s, and Scottish English in the 1600s, much later than the Celtic languages which have been spoken in Scotland and the rest of Britain since the Iron Age.

Despite this anachronism, the movie nods to the existence of Gaelic in Scotland, mainly through music. In one scene, Princess Merida reminisces about her childhood, and we hear a touching Gaelic lullaby sung by mother and daughter. 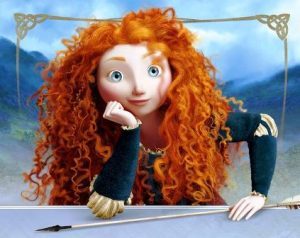 On the soundtrack, it is titled Noble Maiden Fair (A Mhaighdean Bhan Uasal). The lullaby is sung as a duet by Emma Thompson, the well-known English actress who plays the voice of Merida’s mother Queen Elinor, and Peigi Barker, a Scottish girl from Inverness who plays the young Merida. Peigi, recruited by Pixar’s traditional music scout, had already received training in Gaelic singing at the local fèis, a popular activity for children with Gaelic roots.

The song itself was probably composed in English to match the movie’s plot, and then translated almost word-for-word into Gaelic, judging by its lack of Gaelic rhythm and its grammatical structures, which are technically correct for the most part, but are more similar to English.

Traditional Gaelic lullabies tended to be addressed to male heirs of noble families, but the story was developed as a mother-daughter conflict over self-determination, which reflects mainstream North American culture and values. This story combines many different mythological elements from England and continental Europe, but has no direct counterpart in Gaelic history, culture, or oral tradition.

We can see why if we read an interview with Brave director Mark Andrews in the online science fiction daily io9.com. Andrews was asked about the Celtic influences on the movie. He did not cite the quintessentially Gaelic mythology of Finn MacCumhail or the Ulster cycle, both accessible through Wikipedia. Instead, he referred to Beowulf – an Anglo-Saxon (Germanic) work which he mis-labelled as Celtic.

It’s a shame, for the Gaelic tales of Ireland, Scotland, the Isle of Man and Nova Scotia are rich sources. Moreover, Gaelic manuscript evidence shows that some women in ancient Celtic cultures were interesting characters, with considerable power.

But Disney and Pixar can be praised for trying to create a bit of new Gaelic content for the film. This is an impressive cultural concession for Hollywood. The tune is beautiful, and Thompson is a talented actress with a lovely voice, although she mis-pronounces many of the song’s words. Anyone who has ever taken a beginner Gaelic course could sympathize – Gaelic is a different language than English or Scots, with an entirely different sound system. It is not easy for native English-speaking adults to master the sounds.

The young singer Peigi pronounces the words much more accurately – no surprise since she had already studied Gaelic, and children can acquire native-like pronunciation of a language far more easily than adults.

The Brave soundtrack also features two songs by the professional Gaelic singer Julie Fowlis – in English. They were composed by Pixar’s Alex Mandel, and Disney handpicked Fowlis to record them after listening to her Gaelic albums. 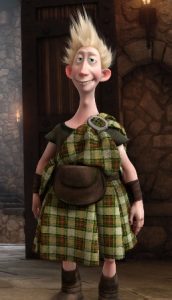 Indeed, Disney induced Fowlis, who is from the island of North Uist in the Outer Hebrides, to sing professionally in English for the first time ever. In an interview with The Herald newspaper of Glasgow, Fowlis said that she barely knew what she sounded like in English. All of her musical output until that point, including four albums, had been in Gaelic.

The most Gaelic element of Brave, in fact, is a song that only appears in one of the trailers. After Disney’s vice-president of music invited Fowlis to sing on the Brave soundtrack in English, she coincidentally received a separate invitation from a different Disney division to sing for a Brave trailer – they didn’t know that she was already planning to record songs for the soundtrack!

The Gaelic song used in the trailer is Tha Mo Ghaol air Aird a’ Chuain (My Love is on the High Seas), taken from Fowlis’s 2005 album Mar a Tha Mo Chridhe. The song is unrelated to the plot of the film; it tells the story of a woman whose love is a sailor. For the trailer, Disney moved the song’s verses around and eliminated several, so that the narrative of the song no longer makes sense. This is common in performances of Gaelic song dictated by the tastes and needs of English speakers.

The use of Gaelic in Disney-Pixar’s movie is a mixed blessing. On the one hand, it is good to see mainstream cultural institutions taking notice of the language, because it may draw more people into learning Gaelic. On the other hand, its depiction of Scottish and Gaelic culture as consisting of kilts, drinking, and fighting is pure Disney – a mishmash of clichés and stereotypes.

In a linguistic study of 24 Disney films made from 1938–1994, Dr. Rosina Lippi-Green found that most Disney characters who speak with strong accents were either bad guys or buffoons. So it’s actually a major step forward to find the hero – and a female one, at that – speaking with a strong Scottish accent in Brave.

But Gaelic as a spoken language is erased from the picture. And sadly, most people do not know enough about Gaelic to even miss it. Most of the time, Gaelic speakers do not get to set the terms of their own representation – the terms are set by the majority English-speaking culture.

Ultimately, however, if the Celtic fantasy of Brave leads more people to discover for themselves the marvellous reality of Gaelic language and culture in the 21st century, ’se rud math a th’ann – it’s a good thing.