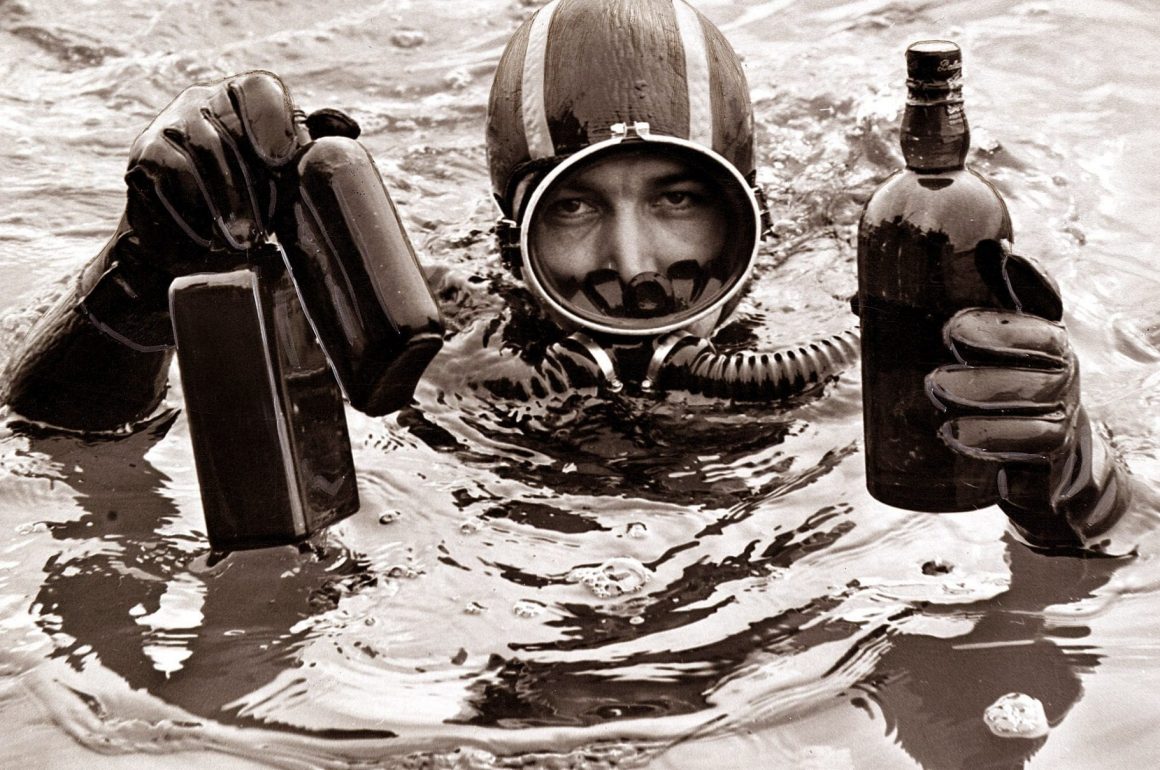 One of Scotland’s all-time favourite films, Whisky Galore is based upon a true story: the unauthorised salvage of over 20,000 cases of whisky from a wrecked ship and the failed attempts by the authorities to recover the missing cargo.

Whisky Galore!, released in the USA under the name Tight Little Island, is the name of a comedy film and a book written by Scottish writer Compton Mackenzie. The story relates the looting of the wrecked SS Politician off the Isle of Eriskay in 1941 with a cargo of 250,000 bottles of Scotch Whisky.

Wrecked ships and appropriation of lost cargoes are a common theme among all the Celtic nations. The film, which became a worldwide hit, was particularly acclaimed in Scotland where it is still considered as a classic.

Whisky Galore is based on the true story of the looting of the SS Politician, an 8000-tonne cargo ship bound for Jamaica and the USA which left Liverpool in February 1941 laden with 250,000 bottles of whisky and shipwrecked off the coast of Eriskay, in Scotland’s Outer Hebrides.

The shipwreck happened in the middle of World War II when the islands’ supplies of whisky had dried up due to war-time rationing.

Soon after the local fishermen rescued the crew of the sinking ship and learned of the cargo in the SS Politician, dozens of thirsty islanders from as far as the Isle of Lewis started flocking to the area trying to salvage some of the 250,000 bottles of whisky before the storm broke up the ship. 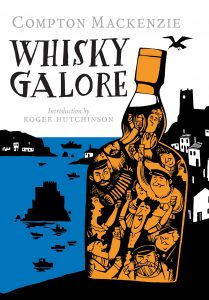 Customs officials also got to the scene a little later to confiscate the valuable commodity and recover the whisky taken off the ship by the locals.

But the islanders were not willing to give up their bounty and thousands of bottles were hidden across the island in places where the Customs officials could not find them.

Customs and Excise managed eventually to bring to court a group of men from the neighbouring Isle of Barra, who pleaded guilty to theft and were given fines or short prison sentences. Moreover, the ship was scuttled in order to discourage further looting. Yet, Customs officials never found the more than 20,000 cases of whisky that were estimated to be missing from the SS Politician.

In 1947 Scottish writer Compton Mackenzie published “Whisky Galore”, a novelistic account of the famous shipwreck of 1941.

Mackenzie, who was a prolific and well-known author, broadcaster and political activist, owned a home on the Isle of Barra and knew from first hand sources all the details of the incident.

“Whisky Galore” relates, with humour, the smuggle of thousands of whisky cases by the islanders right under the nose of a fictional English commander of the local Home Guard, the prissy Captain Paul Waggett.

The novel contains several sub-plots as well as many details about Scottish culture in general, particularly about the importance of religion in the Outer Hebrides and the cultural differences between Scotland’s two largest religious traditions: Protestantism and Roman Catholicism.

In his book Mackenzie portrayed life in one of the most remote parts of Gaelic-speaking Scotland during a time of change when local traditional lifestyles were encountering modern ways and values.

The shipwreck looting at the centre of the story addressed the clash between old and new, for the islanders, like all coastal communities across the Celtic nations, traditionally regarded goods from wrecked vessels as “lost at sea property” which was there for the taking.

This inevitably lead to a conflict between the traditional values of the natives and the modern laws represented by the well-intentioned Captain Waggett, and provided the basis for most of the humour in the book -often at the expense of the English captain.

Whisky Galore! was taken to the big screen in 1949. The film, which dropped some of the original book’s background stories, focused on the illegal salvage of over 20,000 cases of whisky by the local islanders and the failed attempts by the English Captain Paul Wagett to recover the missing cargo. 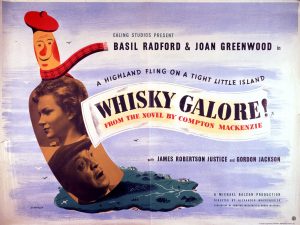 Directed by Alexander Mackendrick, the film was shot on Eriskay’s larger neighbouring island, the Isle of Barra, in Scotland’s Outer Hebrides. Like in the book, the small Isle of Eriskay was renamed Todday and the ship was referred to as SS Cabinet Minister.

The exteriors were shot all over the island and the interior scenes were filmed at the village hall and in the post office in Castlebay, the island’s main village. Most of the cast were Scots and many of the extras were islanders themselves.

The film became a worldwide hit but it was particularly acclaimed in Scotland, where it is still considered as a classic.


A fondly remembered person on the island, the author of Whisky Galore! Compton Mackenzie is buried in Eoligarry by the mediaeval church at Cille Bharra in the Isle of Barra.

The wreck of the SS Politician is lying off the coast of Eriskay and every now and then bottles from the wreckage are still found in the island. In 1987 a local man found eight bottles of whisky and sold them at auction for £4,000. Almost a decade later, in 2008 a diver recovered a bottle of whisky from the wreckage and sold it at £2,200 at auction.

Relics and images from the legendary wreck can be seen at Eriskay’s pub Am Politician, named after the ship that wrecked off the island with a cargo of whisky.