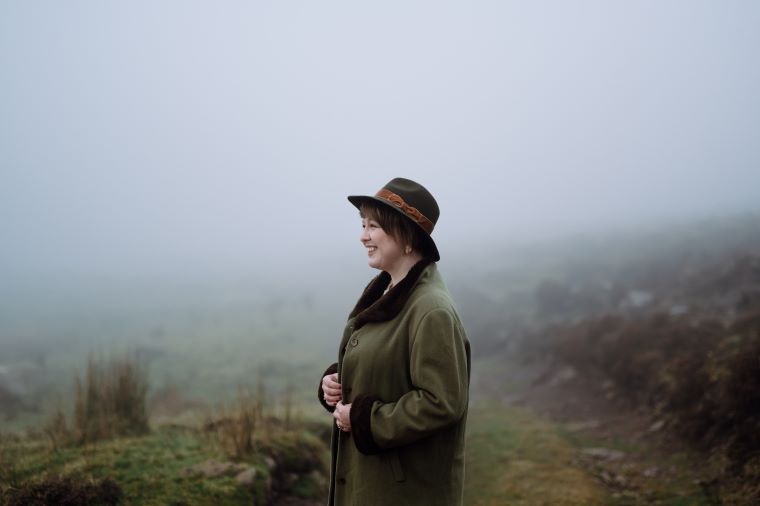 “I began out of curiosity,” she shares from her home in Limerick, where she works as an artist-in-residence. “I started off singing pop songs as a child, whatever I heard on the radio, while also taking classical piano lessons.”

In primary school, Meade took lessons for the tin whistle and the recorder, and also sang in a choir. By 11 years of age, she had joined the notable Cór na n-Óg, an Irish choir made up entirely of children ages 10-12.

“I was assigned to singing the alto part, but I really wanted to be a soprano. The alto parts were always very boring, so I paid close attention when the parts were being taught so that I could go between singing the soprano parts and the alto parts. This was invaluable training. Vocal harmonies play a huge part in my music these days. I guess that is where it started.”

From there, Meade’s career developed quickly; she appeared in an array of musical productions, including Jesus Christ Superstar, Godspell and Hair, and performed in a variety of choirs across Ireland.

It was while pursuing a degree in Journalism in Dublin that her interest in jazz music really took off.

“I loved singing and playing Eva Cassidy songs on piano. I had the incredible opportunity to study in Chicago for a semester and that is where I came across jazz singing for the first time. After that, I came back to Dublin, reluctantly did the final year of my Journalism degree and then immediately signed up for another 4-year Degree course in Jazz Performance!” 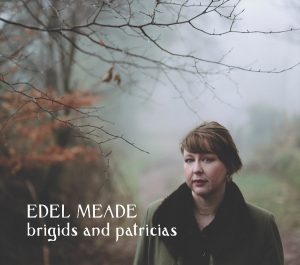 “I enjoyed this period and have some great memories, but all along, I was eager to focus on my own song writing and figuring out what it means to be a creative artist, so I signed up for an MA in Song Writing at the University of Limerick and set about writing a brand-new collection of songs.”

The result of her efforts is a new solo album, the recently released Brigids and Patricia – a blend, she notes, of contemporary, folk and jazz melodies.

“It was inspired by Irish history, folklore and modern culture. It is quite distinctive and original sounding.”

The eight-song selection includes some of her favorite tunes, including Lady Icarus and Song for Bridget Cleary, which was inspired by the 1895 death of the Co. Tipperary native who was murdered by her husband because he suspected her of being a changeling.

“Song For Bridget Cleary is really important to me. Every time it is played or sung it keeps her memory alive. Lady Icarus is definitely a favourite also, as it is so adventurous. I was inspired by the incredible aviatrix Lady Mary Heath from Limerick, who, for a period of time in the 1920s, was one of the most famous women in the world.

Meade admits that the project took considerable effort – a combination of “blood, sweat and tears.”

“I am a very creative person, so I am always getting ideas. But in order to shape them into something special, it is necessary to sit down and hone them into shape. Sometimes it happens quickly, other times it can take weeks for something to materialize.”

Brigids and Patricia has already received a strong response.

“I have been blown away by the support. It has totally exceeded my expectations. The album has been played across RTÉ Radio and the BBC, from folk programs to jazz programs and everything in between and I have had a tonne of stellar reviews, so it has been really, really heartening.”

She feels confident about the state of Irish culture, describing it as “incredible.”

“The music that is being made here is world-class – and it is so diverse. There seems to be an array of vastly talented Irish women in particular, making incredible work. There has never been a better time for Irish music.”

To that end, she is already planning her next recording.

“I am looking forward to more song writing and delving further into Irish folklore. I will be arranging some of my music to be performed with a string quartet, something I have been wanting to do for a long time.”