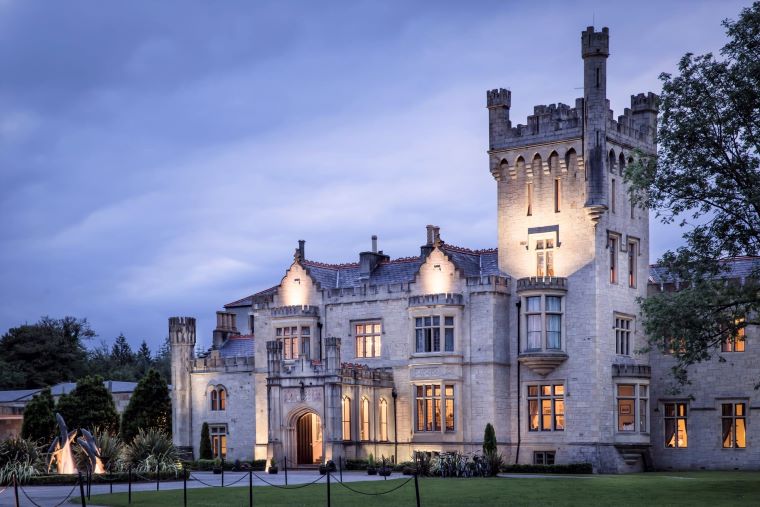 Nowhere is Ireland’s history more eloquently expressed than in the country’s “Big Houses”. Architectural awesomeness and centuries worth of history combine beautifully in stunning natural settings.

Crom Castle, County Fermanagh
The Earls of Erne have enjoyed Crom Castle for over 350 years. Now we can, too. The castle is an idyllic realm of rolling parklands and wooded islands set within the Upper Lough Erne. The West Wing of the castle has recently been opened to the public for week-long or long weekend visits, however, the castle itself remains the private home of both Lord and Lady Erne.

Clonalis House, County Roscommon
Fancy sleeping in the house of the last High Kings of Ireland? Yes please. The O’Conor family line can be traced directly back to the last kings of the Kingdom of Connacht. Sink into ancient luxury in an utterly gorgeous landscape and get to know Pyers and Marguerite O’Conor Nash, who’ve lived in the house with their family since 1981. Marguerite makes a mean pastry and every jam, bread, cake and pastry served in the house are made by her own hands.

Dungiven Castle, County Londonderry
The O’Cahan clan ruled the area surrounding Dungiven Castle between the 12th and 17th centuries, and called this castle home. If you’ve ever heard the melody Danny Boy, then you’ll have heard of the O’Cahan clan, as it was originally called O’Cahan’s Lament. With a history shrouded in legend and beauty, the castle is now a four-star hotel boasting an award-winning restaurant. 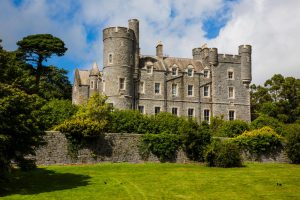 Castlewellan Castle, County Down
Stay for a weekend or settle in for a week at the Scottish Baronial-style Castlewellan Castle in County Down. Situated on gorgeous grounds, home to a lake, maze and forest park, and set against the Mourne Mountains, the castle estate is inviting, homey and, to put it simply, stunning. There’s also a three acre Peace Maze in Castlewellan Forest to get lost in. Perfect.

Enniscoe House, County Mayo
Deep in the west of Ireland is an elegant Georgian manor house that’s home to Susan Kellett, a direct descendant of the original family that settled the lands of Enniscoe House in the 1600s. Enniscoe House boasts a gorgeous Victorian walled garden, a museum and family history centre on the estate, fishing just out the back door on Lough Conn and pretty much everything you’d like to do in the great outdoors. Susan is renowned for her hospitality and, combined with the beauty and history of Enniscoe, you’ll feel like you’re in your own home…only probably bigger.

Bantry House, County Cork
Egerton Shelswell-White is a direct descendant of Richard White (the Earl of Bantry), which is only fitting as Shelswell-White still lives in and owns Bantry House. Hailed as one of the finest historic houses to be found in Ireland, guests can stay overnight for bed and breakfast service or self-catering. You can even snag a tour with a member of the Shelswell-White family if exploring nearby Bantry Bay doesn’t tickle your fancy first…

Newbridge House and Farm, County Dublin
Newbridge House sits tucked within 370 acres of rolling Irish landscape. Undulating hills and glens edge the house and hide a lime-kiln, adventure playground, deer park, castle ruins and farm. How’s that for multitasking? The original family to own the house was the Cobbe family, whose ancestry dates back to the 15th century. Keep an eye out while visiting because the Cobbes still resides in this amazing house from time to time.