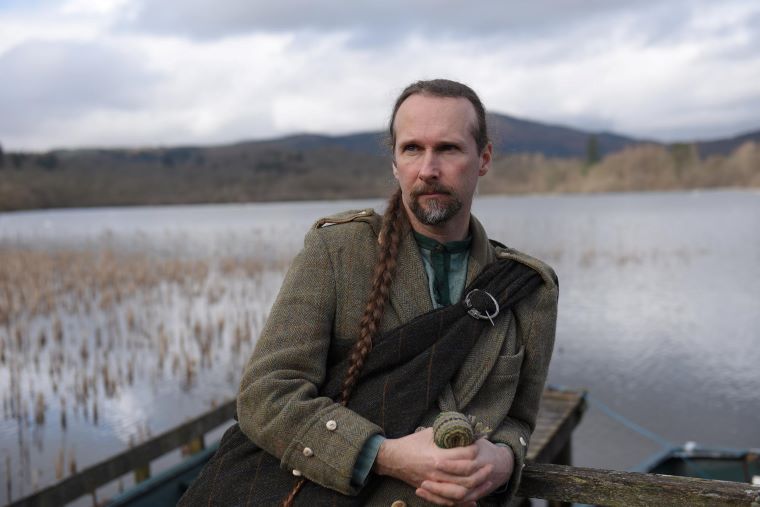 Scot AnSgeulaiche connects the past and present. Get to know him here;

Beginning his journey from his childhood home of Loch Lomondside in the western Scottish Highlands, Scot AnSgeulaiche spent the next two decades trekking across the Celtic Nations, including Ireland, Wales, and Cornwall – and then another five years travelling around Britain and Europe – before settling back in Scotland on the Highland Line in Perthshire.

During that time, he says that he more or less walked backwards into his career as a storyteller.

“As a folk musician, I was particularly interested in the epic Border Ballads from Lowland Scotland and northern England,” explains AnSgeulaiche via email to Celtic Life International. “There is a great sense of place, time, and the human condition in these long, story-like songs, but their peak popularity was in the 18th century, so nowadays some of the language is quite archaic.

“When I would sing them to audiences, I would often begin with glossing some of the words and explaining the true story or the many versions that lay behind the ballad. The ballads are often long, taking ten minutes to sing, but soon the introduction I was giving was taking longer, so I realized that I was actually a storyteller.”

AnSgeulaiche became a seanachaidh – meaning ‘a keeper of history’ – tasked with keeping a record of everything from genealogy, agreements between parties, and of course, the tales folks told.

“I spent many years traveling in the Celtic countries, telling or hearing stories around campfires, kitchen tables, in chance conversations on the street, and plumbing local archives for oral history, especially of the Scottish west coast and the clans thereon. I also ‘hung around’ with these stories because I felt a sense of spiritual expression when hearing and telling them. Many people will recognize the positive affect on their spirit or well-being achieved by a stroll in nature – I found that I had a similar experience by telling or practicing tales aloud as I walked the hills.” 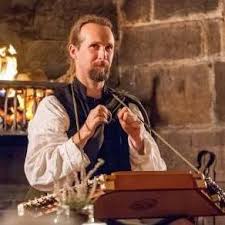 These days, he traipses around Scotland to tell these tales, often as an interpretive tour guide across the country, adding that stories are a great way for folks to better experience the region’s rich history.

“I pretentiously call such storytelling ‘landscape interpretation’. Standing, facing a pile of stones in a field, and being able to describe in colour the house that it used to be, the names of the inhabitants, and some stories in their lives really brings the pile of stones alive.”

Much like the seanachaidhs of old, AnSgeulaiche spins yarns at the pleasure of a clan chief, one of only two who caters to such a traditional patron.

“Sir Lachlan Maclean of Duart Castle, chief of the Macleans, retains me in that role at the castle for visitors and clan at gatherings several times a year.”

Often, he notes, the tales he tells have a personal connection with someone listening.

“I once met a very humble farmer who had never left the Isle of Lewis, who told me how he came to marry a woman from the USA and convert to Judaism in the first Jewish wedding on the island. I told the story at a wedding a few years later, only to find out that the man’s former neighbours were the parents of the bride. It was a very touching moment when we all realized that this ‘traditional tale’ was in fact very much a personal one. Tales build a sense of human connection.”

Despite these personal links to the past, AnSgeulaiche admits that some see storytelling as a dying art form.

“In some ways that is true, but if you agree with the author Terry Pratchett – that humans are not so much homo sapiens, but rather pans narans, the ‘Storytelling Chimp’ – then there is always a need for us to both tell and to hear stories. I would like to see both storytellers and historians brought into political discourse. I would like to see the parliaments and houses with resident storytellers who are part of sculpting and challenging policy.”

Looking ahead, he is working on putting some of these tales on paper.

“Having come across a great and under-sung Scottish hero of the seventeenth century, I spent many years collecting and writing his adventures into historical novel form. That is a new form of storytelling to me.”