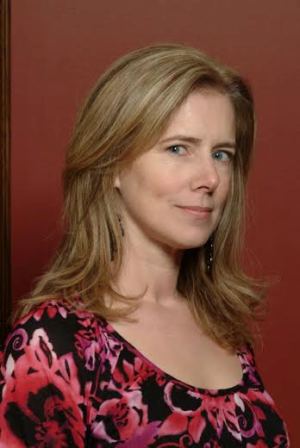 If any one individual could be credited with keeping the Irish spirit alive in Canada, it may well be Eleanor McGrath. A former investment banker with RBC Dominion Securities, McGrath has devoted herself to giving a new voice to the stories she grew up hearing in order to educate others on the history of the Irish community and how members found their way to Canada. Her book, A Story to be Told: Fifty Years of Personal Accounts of the Irish Immigrant Experience in Canada, laid out the stories of 130 Irish newcomers to the country. Her films, Kanata: An Irish Story, and Alive from the Divis Flats, set out to accomplish the same goal.

“My films have been my effort to share the stories of Irish Canadians and individuals I admire for their ability to leave their homeland and start anew, often with only dollars in their pockets,” McGrath says, adding she tries to give voice to those who otherwise might not be heard. Her most recent projects continue in that vein. Her latest film, titled Forgotten?, began with her interest in preserving a Georgian building in Toronto which, between the 1870s and 1940s, housed the Fegan Home for Distribution of Boys. The film is currently undergoing its final edits. “We owe a great deal to these young people. Through their hard work, they contributed to our rural economy,” the filmmaker says.

McGrath also recently completed her feature script, An Blascaod Mor/The Great Blasket, which revolves around the Great Blasket community during its last days in 1953. McGrath fell in love with the island off the coast of Dingle when she first visited it in 2003, and knew she had to tell the story. Irish producers currently have the film under consideration. “I live with this dream every day when my The Great Blasket will be seen on the large cinema screen,” McGrath says.

Though her most consistent involvement with the Irish community has been through art and film, she acted as the executive director of the Ireland Fund of Canada for three years and remembers it for the wonderful new friends and links to Irish culture it gave her. Most recently, she volunteers as the director on the Ireland Canada University Foundation’s board. The foundation works to raise funds and supporters in Ireland and Canada, and provides scholars the opportunity to study at chosen universities while offering academic contacts in both countries. On a more personal level, McGrath says her daughters, Alannah and Aine, keep the tradition of Irish dancing alive through their attendance at Gilchrist-Canavan School in Toronto.

McGrath traces her ancestors on her father’s side back to Kerry and Limerick. Ultimately, the family arrived in New York and eventually settled in Sarnia, Ontario. Her grandparents formed a non-traditional union of Irish Catholic and Scots Presbyterian (McGrath and McLeod) which, according to McGrath, connects her to her Scottish ancestors on the Isle of Skye.

Her husband is also of Irish descent, but McGrath keeps her maiden name “like a badge of honour.” She’s not alone in her pride of her Celtic heritage. She relates the story around how her family name was always mispronounced and recalls being a child suggesting to her father that they might consider changing the spelling of their name to McGraw. Her father replied, “This [McGrath] is our name, this is how it is pronounced and this is how it’s always been spelled.” The origin of that pride, McGrath contends, has its roots in the old country. “There is something about being in Ireland which sings to one’s soul, a true sense of belonging with the environment,” she concludes.

Eleanor McGrath has picked up more than a few honours for her work. Among her many awards, she received the Award of Excellence at the LA Movie Awards, and Alive from the Divis Flats was an official selection at both the Toronto Irish Film Festival and the Belfast Film festival.