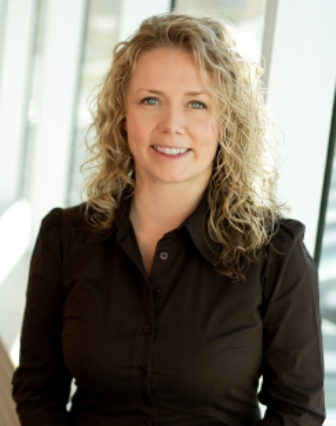 Ellen MacPhee may be a small pipe player, but the 35-year-old chiropractor has a big personality. Ironically, it’s the latter that made her find a fine fit with the Scottish small pipes. Asked if the instrument resonated with her character, she laughs: “Yeah, if you were to meet me, I have wild, crazy blonde hair. I’m always laughing and bubbly and dancing.”

MacPhee found that same light-hearted sense of fun in the small pipes, which drew her toward them. She says she feels most like herself when she’s sitting in with a group of musicians and able to play. “There’s so much communication that happens inside the music that’s non-verbal. It makes for really great friendships and relationships.”

Although with two young children and a career, she’s not as active playing as she once was, in the past she’s headlined at the Piper’s Gathering in Killington, Vermont, which bills itself as North America’s most comprehensive, alternative piping event. And she’s taught worships and run concerts in Maine and Prince Edward Island, as well as teaching at Nova Scotia’s Gaelic College of Celtic Arts and Crafts. “That’s pretty big stuff for a small piper,” she notes.

MacPhee didn’t always want to be a piper. Her interest in music sprang from her mother, a very musical woman, she says, who wanted her and her brother to become involved in in a group music activity beyond music lessons, something more like a team. So she took the children to see a parade in Summerside, Prince Edward Island, McPhee’s home town. The pipe band was there and her mother made a big deal out of them.

“Would you like to be in the pipe band?” she asked the sblings. Both children enthusiastically replied in the affirmative, adding they wanted to be drummers! “It wasn’t exactly what she anticipated, but she was quick on her toes and said you can do drumming if you try piping for a year. So that was our agreement and we went ahead and started on the chanter with one of the more senior members.”

Around that time P.E.I.’s world famous College of Piping began to form and she and her brother were at ground zero. They ended up working pretty much every single job the school had to offer with the exception of the executive positions. MacPhee enumerates her work at the school: in the gift shop, mowing the lawn, doing the tours around the museum playing bagpipes for the bus tours and teaching the younger students.

She ended up attending Nova Scotia’s Gaelic College of  Celtic Arts and Crafts and was introduced to the small pipes while there. For the last 15 years, she’s played the small pipes almost exclusively, only picking up the Highland bagpipes on special request, usually for a friend’s wedding or some such event.

MacPhee favours the small pipes for  a number of reasons. She finds them easier to maintain. She says with the Highland bagpipes they must be played at least a couple of times weekly, if not every day, to maintain the sound quality and keep the reeds in order. In contrast, the small pipes rely on room temperature rather than the air from the player’s lungs, so they’re not experiencing the fluctuations in humid and then dry air.

More to the point, though, she says the small pipes are also tuned to other concert instruments, whereas the Highland pipes are almost a full half-step higher. “That allows us to play with other musicians, not simply other pipers,” she notes. “Also the volume allows you to play with other musicians as well, because to play Highland pipes next to a fiddler, you just totally drown them out. It’s just so loud.”

MacPhee grew up competing both in Highland bagpiping as well as in step dancing. At one point she practiced the latter for no less than two hours a day. But now  the music is more about inspiring people to dance. “A lot of what I do now is playing in dance halls, concert venues, lots of house parties.

The culture around Scottish small pipes is it’s very much about having fun, enjoying the music and encouraging enjoyment of the music. It is about the dancing, the musicality, about creating community, about creating really fun, upbeat, uplifting kinds of emotions when you’re listening to the music.”