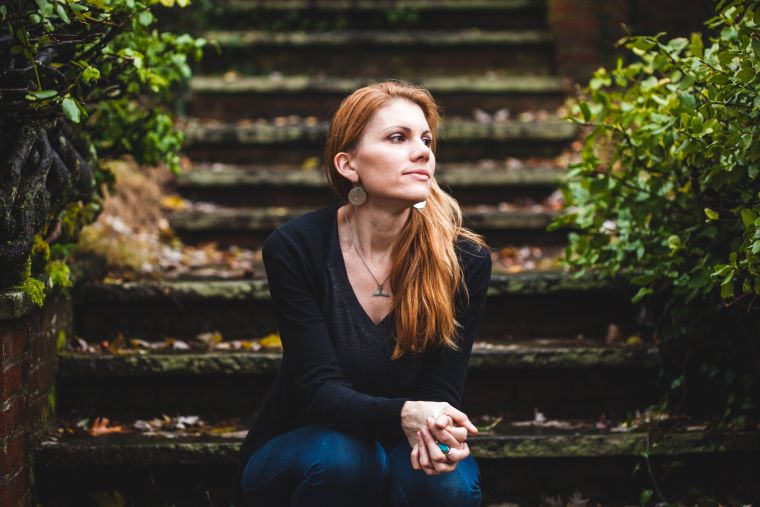 As with many from her hometown of Quispamsis, New Brunswick – a place “steeped in traditional Atlantic Canadian music” – fiddler Ellie Goud thanks the Maritimes for her love of music.

“Playing the fiddle was a normal thing for kids to do growing up in the part of the world,” she explains via email from her current home in Ithaca, New York. “I don’t actually remember ever deciding to learn the fiddle; the culture of playing traditional music from a young age was, and still is, completely ingrained and organic in many areas of Atlantic Canada.”

Goud began her life-long love of the instrument at the tender age of 9.

“My parents signed me up for the fiddle program because I absolutely loved music and I had been playing the piano for a few years at that point. My grandmother played the violin when she was younger, and we had her violin in the house. I think my mom was hoping that I would also enjoy playing, and she was right – I loved it from day one.”

In no time, the youngster began performing at local programs and farmers markets. Her early musical influences included Ivan Nicks and Don Messer, as well as the Acadian fiddler Eddy Arsenault and Cape Breton’s Natalie MacMaster.

“I pored over the pages of their tune books when I was little,” recalls Goud. “This was I before the days of internet, mp3 players and cell phones, so the traditional music I heard was mostly from players in my town, at live concerts, and the on the radio. The very first CD I owned was Natalie MacMaster’s ‘No Boundaries’ album, and I became obsessed with learning those tunes! I also listen to a lot of French-Canadian musicians, including two of my current favorite fiddle players Andre Brunet and Pascal Gemme, both from Quebec.” 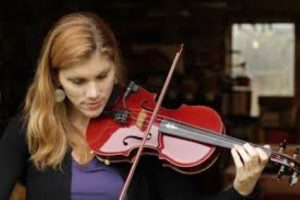 Today, the 34-year-old balances her musical career with her daytime job as a plant scientist and ecologist. Still wielding the same fiddle that she played as a youngster (a cross-tuned Jim Danson), she describes her sound as a classic Acadian-Celtic mix that is “uniquely New Brunswick.”

“Playing traditional music is an expression of my culture, my personality, and how I relate to the world around me. It’s a big part of how I express myself as a person. I am nothing if not traditional.”

In addition to performing as a solo artist, Goud is a core member of Celtic trad trio Arise and Go, alongside piper Michael Roddy and multi-instrumentalist Tim Ball. In 2017, the band released their debut, self-titled EP, and – more recently – they launched their first full-length album, Meeting Place. The 13-track recording has been well received by both fans and the media, with one critic calling it “raw and lively.”

Arise and Go is currently already preparing for an upcoming tour in support of Meeting Place.

“We have a really great lineup of concerts and festivals in 2020 that will let us share our music with new audiences.”

And while she acknowledges that much is being done to preserve and promote Celtic and Acadian culture, Goud believes that there is always room for improvement.

“Preserving a culture for future generations depends on more than just going to concerts and festivals – it is a way of life that starts at home and radiates out. As a traditional musician, I feel like it is my responsibility to share Celtic culture not only with an my audiences when I am performing on a stage, but with the people in my community by being involved in local dances, sessions, and other inter-generational events. Every time I have moved to a new town, the first thing I do is find a session that I can go to on a regular basis, because to me, a session is an important part of my community – a place for multiple generations to get together and have fun sharing traditional music with each other.”

To that end, the next 12 months will be busy doing her part.

“Even while we continue to promote our new album, Michael and Tim and I can’t stop ourselves from working on new music. I will also be teaching fiddle workshops in New York and Maine in 2020. On a more personal note, I will be finishing my degree in New York and moving back to Canada to start a new job in Waterloo, Ontario. I can’t wait to see what new opportunities and connections are in store for me there and am I am really excited about making music closer to home.”