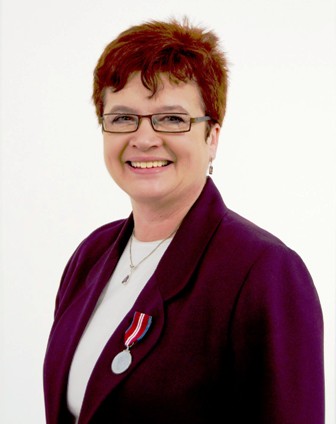 At one time, the Elliots were one of the most active, most powerful and notorious of the Scottish Border clans. These days, Elliots can be found in almost every country in the world. Recently, we spoke with Catherine Elliot Shaw, Canadian President of the Elliot Clan Society

How long have you been involved in the Clan and in what capacity?
Almost immediately after taking out membership in the Clan in 1991, I joined the executive of the Ontario West chapter as a director-at-large and later served as co-chair for several years before assuming the Canadian presidency. The chapter has allowed me to stay on as a director-at-large to continue the fun of contributing to its events.

What inspired you to get involved and stay involved?
The Clan appealed to my longstanding interest in my Scottish and specifically Elliot heritage. I wanted to learn more and found at the chapter level many like-minded people, many of whom had done research or could tell fascinating tales of their families.  The events also offered the opportunity to socialize and maintain clan friendships.

What is the Clan’s origin and history?
The Elliots have existed as a Clan with a recognized Chief at least from the time of King Robert the Bruce (1306-1329) to the present day. Before the Union of the Crowns in 1603, they held that part of the frontier with England known as “The Middle March” — their Chief usually being appointed Captain of Hermitage Castle in Liddesdale – and they became famous as one of the great “riding” clans of the Scottish borders. Many Elliots fell at the Battle of Flodden Field in 1513 (the beautiful lament for that disaster, The Flowers of the Forest, was written by Jane Elliot, sister of Sir Gilbert Elliot, first Baronet of Minto in the 18th century).

How has it evolved over the years?
Later the Elliots were notable for the part they played as leaders in the expansion of Britain overseas, and in the settlement of the New World, where their independence of character for which the Clan has always been renowned, made them particularly welcome. The most famous were George Elliot, vegetarian and teetotaler, who as governor of Gibraltar in 1779 conducted the heroic and successful defense of the Rock when it was besieged by Franco-Spanish forces, and Gilbert Elliot, first Earl of Minto, a notable Governor-General of India in the early 19th century. His great grandson, Gilbert, fourth Earl of Minto (1845-1914), is remembered in the sporting world for having broken his neck riding in the Grand National. The mishap had no permanent effects and he was Governor-General of Canada before succeeding Lord Curzon as Viceroy of India in 1905. In the modern world, the Elliots have prospered and the Clan is now widely spread throughout the world.

How many members are actively involved, and how do they find you?
The Society is a worldwide organization, with active branches holding thousands of members in Australia, Canada, New Zealand, South Africa, the United Kingdom, and the United States. All branches have a presence on the clan website, with their own newsletters, in addition to that of our Chief, Margaret Eliott of Redheugh.

What kind of Clan related events do members participate in?
Many chapters host Clan tents at local Highland Games and Scottish events. In addition, they may hold annual meeting lunches and dinners, picnics, golf tournaments, and Christmas gatherings. All are open to visiting Clan members to foster international or inter-regional connections.