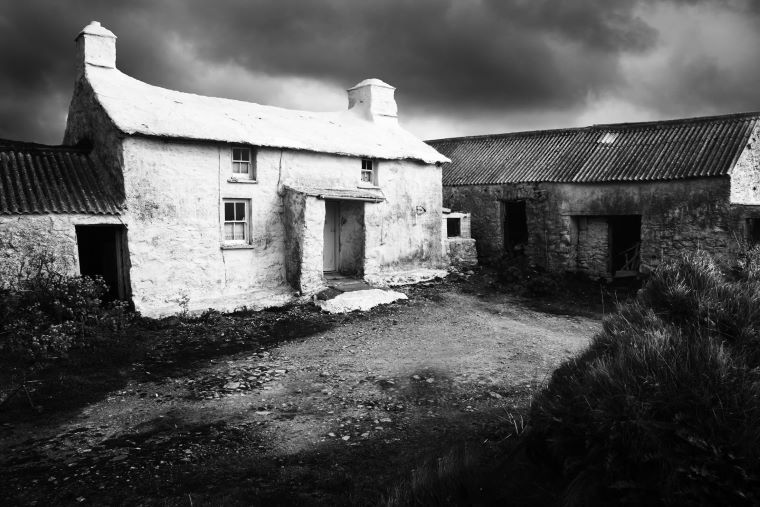 While rich and robust with colour, Wales’ landscape lends itself well to black and white imagery. Recently we spoke with Welsh photographer David Wilson about his country’s raw and rugged scenery.

What are your own roots?
I was born in Haverfordwest, the county town of Pembrokeshire in West Wales.

When and why did you first become interested in photography?
When I was seventeen, I bought a motorbike, fancying myself as Haverfordwest’s answer to Eddie Kidd – the British Evel Kneival! The bike gave me the freedom to explore parts of Pembrokeshire I never knew existed, acknowledging for the first time that I lived in a beautiful part of the world. Seeing all this natural beauty, I decided to buy a camera to take with me on my aimless rambles, snapping artless pictures, but falling in love with photography. My inability to remain on the bike soon flagged itself up as an issue and after a few warm-up crashes I suffered an accident which left me with a broken neck, back and a few other bones and bits. Paralysed from the neck down the prognosis was grim. But, six months later I walked – after a fashion and with help – out of hospital in Cardiff to begin a long rehabilitation which failed to deliver a return to the previous me. I had to contemplate the rest of my life as a permanently damaged person – not easy for a vain young man. The camera helped though, encouraging me to venture out of the house, which I was loathed to do. In the dark years following the accident, as well the support of my family and friends, the camera kept me going.

Are they the same reasons that you continue to be involved today?
It was to be many years before I began to imagine – dream more like – that I could make a living from photography. Those years witnessed terrific highs and all-too-often, terrible lows. Approaching forty, though, I was stuck in the latest of a succession of soul-destroying jobs and so I decided to see whether photography could pay. It was madness to cash-in a secure job to become a landscape photographer. Factor in my determination to specialise in black and white and that madness was twofold. Then, to complete the insanity, there was the not inconsiderable challenge of a physically compromised person accessing that landscape when just walking along a street was a challenge. But I was desperate. Anna, my wife, gave great encouragement – no doubt desperate to dump the miserable git that came in from work each night for someone a little more positive. And so, I took the plunge. 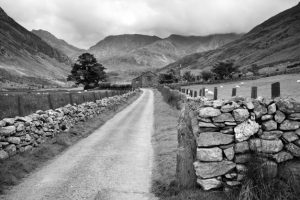 How has your work evolved over the years?
When I started out on this photographic journey, I was content to disappear into the middle of nowhere alone and shoot what I found. The solace and silence were beautiful. But over the years, and especially since earning a living with a camera, my work has evolved. For example, my latest book – to be published in Autumn 2021 – is The Village, a year-long documentary project recording life in my home village of Llangwm, thankfully prior to the restrictions of Covid. I loved it. In fact, I’d go as far as to say it’s the most fulfilling project I’ve undertaken to date. And the book after that – due out in Spring 2022 – is my memoir, An Unlikely Photographer. Writing it has been cathartic, and on occasion difficult; dredging up buckets of pain. It’s been ultimately redemptive though, furnished as it with the joy of family and photography – at least in the second half of the book!

What are the challenges of the vocation?
The challenges are physical. Accessing the landscape is difficult and often requires a bloody-mindedness to get to that photograph. I have a very large well of resolve.

What are the rewards?
The rewards are that my income comes from my hobby, and I don’t have to work for a living! Photography has brought a sense of achievement and provided me with a haven of peace and mental calm. It has also engendered in me a conviction that I am good at something, that notion of self-esteem and worth. You see, until I began to take photographs and produce books that people wished to buy, I had never excelled at anything. There had been no hint during my life that I could be viewed as having any discernible talent. School had been a disaster followed by a dull semi-skilled job followed by a life-changing injury when I was eighteen. The narrative had been underwhelming and unfailingly bleak. My twenties were dogged by anger at the injustice of what had happened to me. My thirties witnessed the start of a fightback. Becoming a professional photographer at the age of forty completed my personal renaissance. No longer was I that useless, physically limited duffer. I had discovered something within me that gave me a sense of fulfilment.

What have been some career highlights to date?
Publishing my first book in 2009 was seismic. I was an author and it felt great. It spurred me on to producing all the books that have followed. Appearing on BBC Breakfast television was big too – you don’t often get a chance to talk to millions of people! 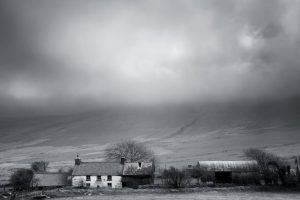 Is your creative process more ‘inspirational’ or ‘perspirational’?
To have the freedom to envisage a project and embark on it is so liberating. And I’m lucky to have a publisher that backs my ideas. So, I suppose the answer has to be inspirational, though when I’m out in the landscape pushing my compromised physical self to the limits my underarms certainly get a touch moist!

What makes your work unique?
I’m not sure anything is unique. Okay, maybe the Taj Mahal or the Grand Canyon or other wonders of the world could be said to be unique. But art, photography, music? Not really. Everything is just a reinterpretation of something that’s already been produced. My work appeals to a niche market which provides me with the motivation to continue ploughing my furrow and that’s all that matters.

What makes a good photo?
One that causes someone to stop and look at it and appreciate it. It’s that simple really.

What is it about the Welsh landscape that is so inspiring?
For me it’s the fact that it’s my land. I feel a connection to it in the way that all people native to a country feel a connection. I see and feel the stories in the landscape which helps me to incorporate a visual narrative into my images.

What’s on your creative agenda for the rest of 2021?
The Village will be published in November which I’m very excited about. If anyone wishes to see a modern-day Under Milkwood then this is the book for you! It’s packed with village characters and stories and I’m so proud of it. Perhaps my best book to date. I’ll also be continuing with my memoir An Unlikely Photographer which will be out early next year. The best word I can use to describe the book is ‘cathartic’. After that, who knows.