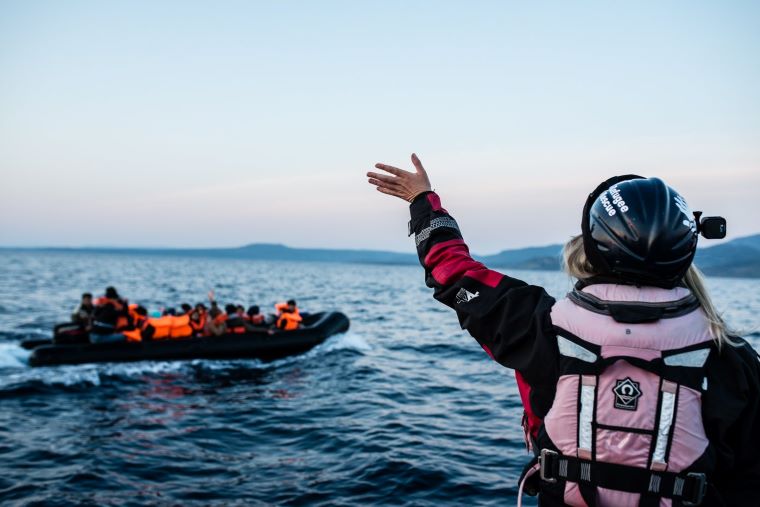 Refugee Rescue was founded in late 2015 by ordinary Irish citizens in response to the refugee crisis unfolding on the borders of Europe.

“Our only objective is to ensure the safety of those, women, men, and children who are making the perilous journey away from war, poverty, or persecution,” says Joby Fox, Belfast Musician and Refugee Rescue Founder. “They have the right to life.”

Refugee Rescue has gained an international reputation for working tirelessly saving the lives of up to 15,000 people off the Greek island of Lesvos. The group’s volunteers strongly believe that their own legacy of forced migration by sea throughout the Irish struggles of famine and violence puts them in a unique position to offer not only deep empathy but also solidarity to those who must do the same as they did in search of a better life.

“At the very core of our Irish consciousness we, similarly, are a people who have had to flee persecution and poverty by sea,” shares Karen Cowley, Wicklow Musician and Refugee Rescue Member. “As a result, Irish culture has spread across the world and has enriched and emboldened many cultures and countries. I believe that, despite our physical distance to the Mediterranean, Ireland should be at the forefront of ensuring the safety of these people.” 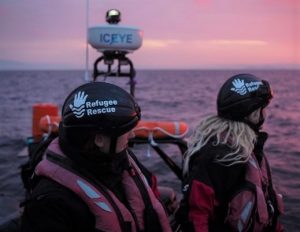 Most people forced to embark on these long and dangerous journeys depart from Libya, where migrants are subjected to arbitrary detention, torture, sexual violence, and slavery, among other human rights abuses. The Central Mediterranean is the deadliest migration route in the world.  Refugee Rescue’s life-saving rescue vessel, named Mo Chara (or “my friend” in Gaelic) on its first short mission saved the lives of 416 people, of which 160 were children. However, to embark on future missions, Refugee Rescue are in urgent need of funds.

Over 22,069 women, men and children have drowned attempting to cross the Mediterranean since 2014. 813 people have already died at sea this year. On average, 5 people drown attempting to cross the Central Mediterranean route every day, and without any E.U. funded search and rescue missions, these numbers will only continue to rise as they have done since 2020. While this issue has been widely covered, the EU continues to fund and train the so-called Libyan Coast Guard, tasked with intercepting migrants at sea and bringing them back to the North African country, sometimes using excessive force.

By offering skilled emergency response to distress cases, as well as acting as witnesses of human rights violations, Refugee Rescue seeks to make this journey a little less deadly while keeping authorities at sea accountable for their actions, with the hope of preventing any more lives from being needlessly lost in the Mediterranean.  The Refugee Rescue team, along with a handful of civil NGO vessels, are working alone, while being regularly detained and often criminalized by local and European authorities.

“We are hoping to acquire our own Search and Rescue ship with focused work and the public’s support,” noted Caoimhe Butterly, a Board Member of Refugee Rescue. “The ship would ideally sail under an Irish flag and would act as a poignant message to those seeking refuge- that we, as a people, understand forced displacement and the often choice-less choice of migration.”

Refugee Rescue are in urgent need of funds. Help them to continue their life saving work by donating through their website: www.refugeerescue.org