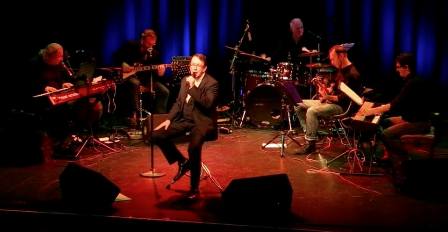 He might be Ireland’s most unlikely rock star. And while he may not sport sexy sunglasses like U2’s Bono, nor scowl like Boomtown Rat front-man Bob Geldof, nor even croon Take Me to Church like Dublin hipster Hozier, Father Ray Kelly can carry a tune with the best of them.

“A singing Irish priest,” smirks the affable 60-something clergyman over the phone from his parish in Westmeath. “Who would imagine, right?”

By now, most know the story of the pastor’s impromptu performance of Leonard Cohen’s haunting Hallelujah at a Meath wedding last year. His stirring rendition brought the bride, groom and their guests to tears, and – within days – had tens of millions of YouTube users reaching for their tissues.

“I’ve been singing at weddings for many years,” shares Kelly. “Music is a vital part of church ceremonies so, to be honest, I wasn’t quite sure what all the fuss was about.”

The video’s popularity propelled the tenor to instant stardom, and soon his schedule was full with interviews, television appearances, concert performances, and record company interest.

“It all happened very quickly,” he recounts. “One day I am preparing my service for Sunday Mass, and the next day I am in front of a camera on RTE One’s The Late Late Show. It was surreal.”

Less than a year later, the good Father has released his major-label debut recording Where I Belong.

“I wanted a good mix of spiritual and secular songs,” he explains. “And songs that were best suited for my voice. It was important to me that each of the tracks could stand on their own two feet – both emotionally and in terms of sound and style – while at the same time work well alongside the others.”

Along with Hallelujah, Kelly covers R.E.M.’s Everybody Hurts, Eric Clapton’s Tears in Heaven, as well as traditional tunes from the Emerald Isle, Galway Bay and Danny Boy. Another wedding waltz – Together Forever – is included on the CD, as are a smattering of spiritual standards.

“Pieces like Amazing Grace and How Great Thou Art are classics of the church,” he notes. “I’ve been listening to choirs sing those songs for years. They always help to lift the spirit.”

Spirituality is a hot-topic for Kelly, since having ‘found his religion’ more than three decades ago.

“At one time I worked in the public service sector in Dublin,” he recalls. “Across the street from my office was a church that I would often visit in the mornings before work or over the lunch hour. I always felt this tremendous sense of serenity while there – an inner peace would wash over me and take all of my troubles away. There was no bright light, no thunderous voice from above, nor ‘on-the-mountaintop’ moment – just the feeling that this was where I belonged.”

After ordination, Kelly returned to his home county of Meath to serve his constituency.

“It’s not an easy gig,” he confesses. “The church has had its fair share of struggles both here in Ireland and abroad in recent years. The times have changed, and we haven’t always been the best early-adapters. As well, all sorts of other options are now available for people who are looking for deeper meaning and purpose in their lives.

“That said, amidst all the troubles and strife in the world today, our doors remain open to those seeking solace and support. We are still a very strong community of faith, bound by our love for God and one another.”

Kelly still believes in the power of attraction over promotion.

“My faith is a deeply personal thing, and often difficult to describe to people. I’d like to think that priests like me inspire our fellow men and women with the way in which we live our lives in service to others. Most of us go about our business quietly and steadfastly.”

As such, and despite his newfound celebrity, Kelly says his life hasn’t changed that much since going viral.

“Oh, I have a few more shows and weddings than usual lined up I suppose, and a Facebook page I have to monitor, but I still have my weekly Sunday service to write and prepare, and parishioners to answer to. In that way, I’m more blessed than Bono.”