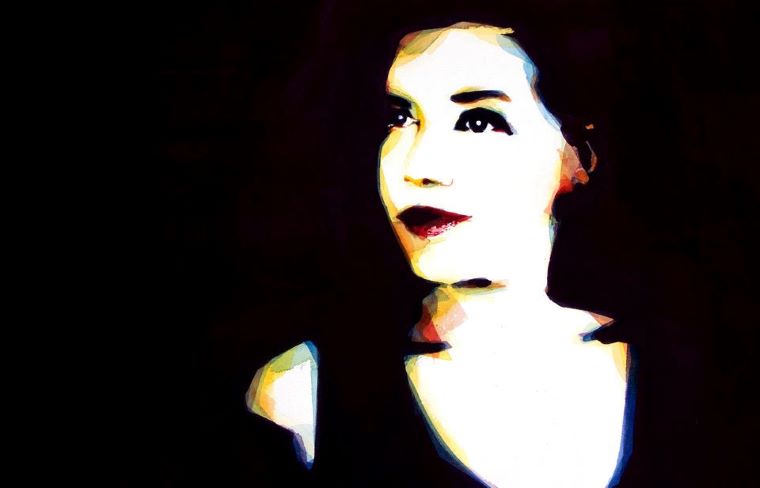 Montreal vocalist Karen Myatt has her grandmother to thank for her love of music.

“I grew up in a musical home, and I have been singing for as long as I can remember,” shares the singer, who has Scottish/French roots. “My grandmother, Madeline Joudrey (nee: McLellan) – who is now 102 years old – played the piano daily and still plays entirely by ear. I was raised on the music of Gershwin, Porter, Berlin, Ella Fitzgerald, Billie Holiday, Judy Garland, and Rosemary Clooney to name but a few.”

While she remains inspired by her family matriarch, Myatt found other influences after leaving her hometown of Halifax, Nova Scotia.

“I studied music in New York City, discovering the rich culture of jazz, blues, and Broadway. Today I find inspiration in all musical styles and art forms. Music has always been both a physical and spiritual experience for me, so I still sing for the same reasons that I did as a youngster. What changed was my yearning to share ideas that may reach someone in some small but important way.”

Much of that desire evolved out of sheer life experience. 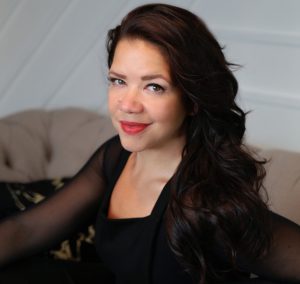 “I have had the great fortune to visit some of the greatest cities in the world and be touched by various cultures. This, along with a passion for novels, films, and music, led to my development both as a person and as an artist. The result has been a deeper connection to the world, its history, and the amazing array of art there is to be consumed and created. Expanding my mind and heart awakened my creative spirit.”

That artistry came to full fruition with her recently released sophomore recording, Femoir.

“It is tough to pinpoint exactly when the idea for the album planted itself in my psyche, but it definitely had something to do with a cappuccino and a cannoli at a café in Rome. That afternoon, it occurred to me that many of my favorite countries, characters, and cultures share a common theme; the preservation and promotion of beauty, sensuality, intuition, and creativity – all eternally feminine traits.”

A musical melange of original compositions and contemporary standards, the 14 songs on Femoir explore the transcendent feminine spirit through a fusion of soul, rock, jazz, and worldbeat.

“Without sounding too abstract or ethereal, everyone and everything has this divine connection. It is a story that has been told throughout history and will continue to be told into the future – women, female archetypes and figures, but also the presence of the feminine spirit in all people, places, and things. The theme of a universal, infinite narrative is present throughout the album, however there is another motif of mystery, a sort of unseen, unspoken spirit. It is incredible how this little idea sort of whipped itself into being – the seed was planted, though it was the many voices and souls that came together that really allowed it to grow and become a living, breathing expression.”

“The recording process allowed me to discover a new voice, and being surrounded by world-class musicians and technicians made the experience all the more inspiring. It was magical. The time and the team were just right, and it all fell into place. A “let go and let God” sort of experience. There were moments where I would say, “there – what is that whirring? That hum? Who’s playing that – it’s so cool!” But there would be no related track, no decipherable instrument, and so it was chalked up to the frequency that was created when sounds blend and a new sound emerges – the ghost in the machine – and it whisps in and out all over the album. I like to think that is the Femoir spirit.”

Myatt believes that most people relate to a song as it rings true in their own lives and memories. 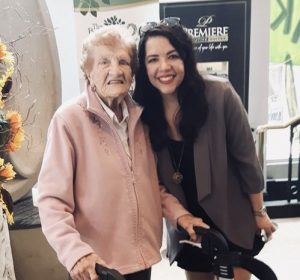 “A really great piece of music can tell many stories through one narrative, so the listener has the freedom to interpret, fill in the blanks, find themselves in the song. Perhaps the most important thing is knowing what not to say – leaving a space between the notes, where the spirit of the song can live – like little secrets that are whispered amongst the words and melodies.”

With the album launched – along with the video for the title track – the coming months will see Myatt and her band touring across North America.

“It is a very exciting time, and I could not be more grateful. This journey has been beyond fulfilling. My grandmother is very proud.”