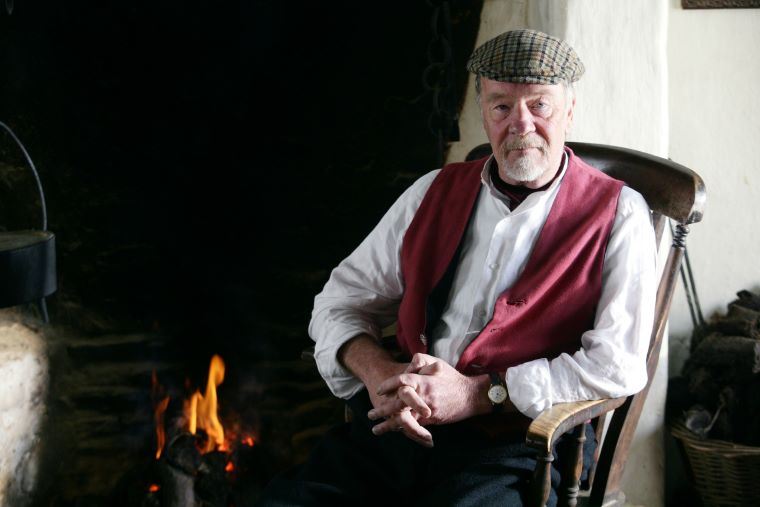 A stunning new musical artwork has captured the rich cultural treasures of one of Northern Ireland’s finest open-air museums.

Folk Park Live! Songs of the Settlers is an original commissioned artwork that brings the stories of Irish emigration on permanent exhibition at the Ulster American Folk Park in County Tyrone to life.

Comprising 12 live performances filmed at locations across the Folk Park, the artwork creates not just a unique tour of the museum but also a musical journey with those who had to leave Ulster over the course of three centuries.

Under the direction of internationally recognised composer, producer and TV presenter Neil Martin, some of Northern Ireland’s best traditional and contemporary musicians tell of the emigrants’ lives, loves, plights and hardships at home and in the New World. 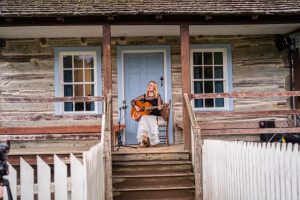 The films feature songs from home and songs written from afar about home, with Cathal Hayden playing three reels at the outdoor museum’s Ship and Dockside Gallery, Gareth Dunlop singing the beguiling ‘Shenandoah’ in the Tennessee Rogan Plantation House, and Eilidh Patterson performing the gospel-tinged ‘Down to the River to Pray’ at the Folk Park’s Western Pennsylvania Log House.

As well as being available online, the artwork will form an exhibition at the Folk Park, with a QR code guided tour, a Youtube Channel, Spotify playlist and a piece of vinyl all becoming available at the visitor centre from 20 August.

The ultimate in living history and an ideal destination to head for as soon as it is safe to travel again, the Ulster American Folk Park tells the story of 300 years of Irish emigration, focusing on those who left Ulster for America.

Storytellers and costumed characters dotted around the huge site provide insights into the emigrants’ work, crafts and food, while notable buildings in the museum’s collection include a reconstructed Ulster street, a full-scale dockside gallery and emigration ship, as well as buildings from America which have been relocated to the museum.

Folk Park Live! is a result of a new initiative created by a partnership with Tourism NI and the Arts Council of Northern Ireland called ‘Embrace the Place. The initiative has been established to animate key tourism sites across Northern Ireland using the arts to tell the stories of that particular area, offering visitors something new and inspiring to enjoy.