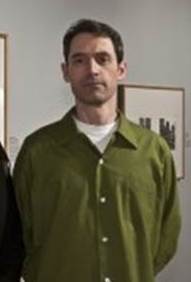 Fredericksburg, Virginia (pop: 24,286) will be the center of attention this weekend as the community’s annual Welsh Festival celebrates the region’s unique Celtic history and heritage. Recently we spoke with Scott Harris of the James Monroe Museum about the festivities.

What are your own roots?
I am a combination of Welsh (!), English, Scots-Irish and German. On my father’s side, John Harris of Bristol, England arrived in Jamestown, Virginia in 1611. His descendants spread across the lower portion of Virginia and into the Shenandoah Valley, branching out into parts of what would become Maryland, North Carolina, Tennessee, and West Virginia. On my mother’s side, I am directly descended from Anna Elizabeth Ermentraudt, a widow from the Rhineland-Palatinate region of Germany who arrived in Philadelphia in 1739 with seven children. They eventually settled in the Central Shenandoah Valley, and the family name evolved to Armentrout (my mother’s maiden name).  These diverse threads came together in 1956 with the marriage of my parents.

When and why did you get involved with this event?
The James Monroe Museum wished to promote awareness of Monroe’s Welsh heritage.  In 1989, the museum collaborated with several Fredericksburg residents of Welsh ancestry to present the first “Little Welsh Festival” in the 900 block of Charles Street where the museum is located. This also inspired formation of the Welsh Society of Fredericksburg.

Why is it an important event for the community there?
The Fredericksburg Welsh Festival (as it is called today), highlights both the specific tie to James Monroe’s family and broader elements of Welsh heritage and culture. It is one of a handful of such events in the United States and the only one in Virginia (I misspoke when I said it was the only one on the East Coast—there are similar events in New York and Pennsylvania. Our Welsh festival is an enduring part of the mix of history, music, and art that characterizes Fredericksburg. Our city was founded in 1728, though English settlement in the region began in the 1670s. The area has significant ties to the early life of George Washington and James Monroe, and was the setting for several major battle of the American Civil War. 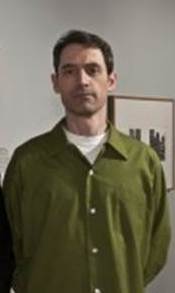 Who attends the event?
Visitors come from across the United States and numerous other countries, reflecting the draw of Fredericksburg generally for tourism.

What can they expect this year?
Welsh music, poetry, storytelling, crafts, and living history (in the form of a James Monroe historical interpreter). We also have Welsh goods for sale as well as items from our Museum Store.

How has the festival evolved since last year?
There is not much significant evolution from last year. In fact, the basic pattern for the event was set early on, and little has changed.

Will you remain involved with the event in the years ahead?
We hope to continue the festival in perpetuity.

What can we be doing better to preserve and promote Celtic culture?
There is always room for improvement in making people aware of not only Celtic culture, but the cultures of all people. We are proud that the Fredericksburg Welsh Festival has endured for 25 years in its effort to promote a heritage that is important to the story of James Monroe and our region.