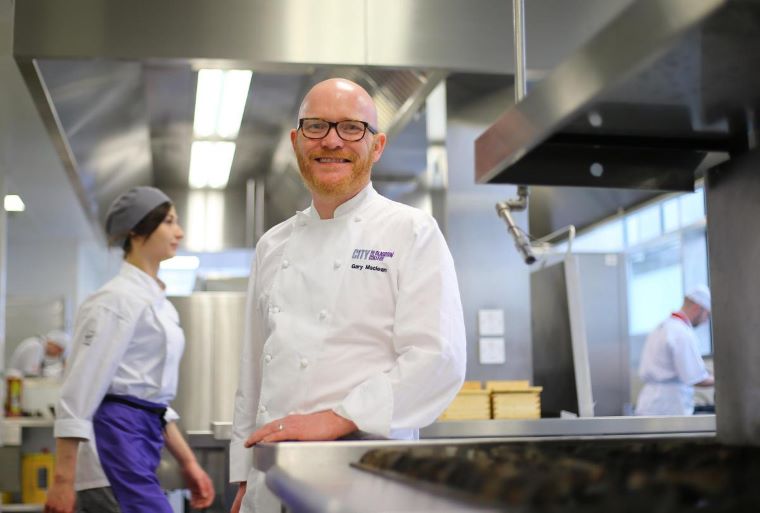 The elegant beauty of a Mortons roll is perhaps not the first thing you would expect Gary Maclean – Scotland’s National Chef, winner of TV’s MasterChef: The Professionals and food education hero – to be talking about as he launches his new book.

“The people at Mortons? Properly skilful,” he says, earnestly.

“Morning rolls – the proper, crispy ones, are really difficult to make – harder, even, than a baguette.

“If this was in France, it would be hailed as a masterpiece and they’d be filling it with beautiful smoked hams and cheeses, but we fling a bit of lorne sausage and tattie scone into it.”

Gary grew up in Temple in Glasgow, so the morning roll is something of a local delicacy, he grins.

“Our claim to fame was that the best roll on the planet was made a few hundred yards from my house, at Mortons bakery,” he explains in the book, Scottish Kitchen, which is a “celebration of Scottish traditional food, written for a modern kitchen and lifestyle.”

He adds: “Mortons opened in 1965 on Crow Road before moving to a new bakery in Drumchapel.

“Both of my younger brothers worked there in the late 80s. I looked forward to my dad picking them up after a night shift, as he always brought home the rolls that were straight from the oven.

“I now wish I had managed to do a few shifts myself – I would love to have found out how they make them.” 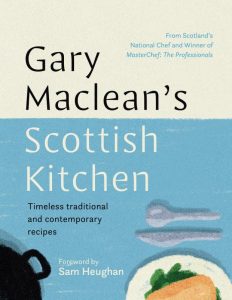 Gary Maclean’s Scottish Kitchen, which has a foreword written by Outlander star Sam Heughan, is a fantastic collection of recipes, beautifully shot by Edinburgh lifestyle photographer Susie Lowe, and sprinkled with little gems from Gary’s own ‘food journey’ – which, he admits, did not start well.

“Convenience foods, supposedly the vision of working families – crispy pancakes – my mum couldn’t cook and would be the first to say that, so our meals were mince and tatties, cabbage, fry-ups… It’s one of the things that drove me to become a chef, I think – the desire not to have to eat food like that for the rest of my life.”

Gary, who is also executive chef at City of Glasgow College, shot to fame in 2016, when he was crowned champion of BBC’s MasterChef: The Professionals after taking on 47 other professional chefs in pursuit of gastronomic glory.

Since then, he has travelled the world to promote Scottish food education and culture and he owns a sustainable Scottish seafood restaurant called Creel Caught, in Edinburgh.

He lives in Glasgow with wife, Sharon, and their five children, Cameron, Laura, Ewan, Finlay and Harris.

“I’ve always been passionate about Scotland and Scottish food, but when you look at most Scottish cookbooks, the recipes are all quite old, there’s not much photography. I wanted to write a modern book, for people and the way the live their lives today,” he explains.

“Online shopping, for example, has changed everything. There’s a recipe for black pudding in the book, and you can get all the ingredients online. Same with haggis, you can get pretty much everything on Amazon.

“Scottish recipes tended to be created from what was available. A Dundee cake, for example, was just everything you had to hand bunged in a bowl.

“One of the few positive food stories from my childhood concerns my nana’s clootie dumpling. I loved my mum’s stories of how her mum would wrap up thruppenny bits for the kids to find in it.”

He grins: “I know lots of families did this, but most of them seemed to be a lot richer than my granny, as they all had silver sixpences.”

One of the recipes in the book is for macaroon.

“I think I’m the first person to call it that, but it’s right. It was Lees bakery in Glasgow that made it. I loved it when I was wee, although if I’d discovered it was made from mashed potato, I might not have been so keen.

“It’s like carrot cake, now very trendy of course, but which probably started, again, because those were the ingredients available.

“Glasgow macaroon was the carrot cake of its day.”

Gary Maclean’s Scottish Kitchen, from Black and White Publishing, is out now.