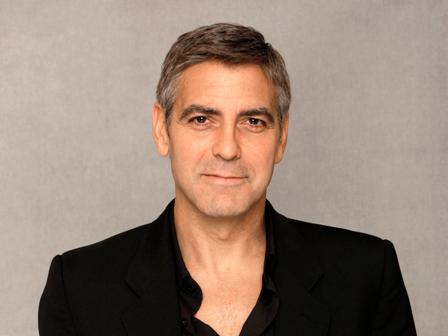 George Clooney may be Kentucky-born, but make no mistake, the film star is as Celtic as they come.

His ancestry includes both Irish and Scottish roots. On his father’s side, the actor can trace his Irish ancestry back to County Kilkenny to his great-great grandparents who immigrated from Ireland to the United States. In 2012, director Gabriel Murray released his documentary titled George Clooney’s Irish Roots, in which the actor travelled to Dublin and then County Kilkenny with U2 singer Bono to retrace his ancestry.

His Celtic background is just one of his many hidden sides.  He’s far more complex than his easy-going, supremely charismatic movie star façade would suggest.  Beyond his notorious fondness for pranking his co-stars and even his father, he has a cynical and even sad view of how “mean” life can be, observing that he “doesn’t believe in happy endings.”  But at the same time, the 52-year-old matinée idol also believes that you should “try to live the good life while you can” and is determined to leave his mark by making meaningful films.  Though he is an avowed bachelor whose relationships never seem to make it past the three-year mark, George has no hesitation in admitting how much women mean to him.

“I have a great appreciation for women – they’re a huge part of my life,” Clooney says.  “I grew up falling in love with the actresses of the movie heyday.  I really fell in love with the young Elizabeth Taylor in A Place in the Sun and with Audrey Hepburn in Roman Holiday.  I will also never forget that image of Grace Kelly when she comes out of the water in To Catch a Thief.  You can’t imagine a woman more beautiful than that.  It’s insane how beautiful she is. Breathtaking.”

As much as he loves women, Clooney also loves movies with a message. His new film, The Monuments Men, is about a secret Allied mission launched in the latter stages of WWII to save vast art treasures looted by the Nazis. The movie sees him do triple duty as director, actor, and co-screenwriter.  Shot in Berlin, the film reflects the kind of serious moral compass that Clooney brings to his work by playing veteran soldier Frank Stokes (based on the life of Lt. Commander Frank Stout). Stokes led a heroic platoon of curators, art historians, and soldiers willing to risk their lives to save much of Europe’s cultural heritage. The unit included Lt James Rorimer (Matt Damon), a medieval art expert who bonds with a French spy (Cate Blanchett) to help rescue the stolen masterpieces. Bill Murray, John Goodman, and Jean Dujardin also co-star.

Making its world premiere at the Berlin International Film Festival, The Monuments Men, is also a classic case of art imitating life.  The film comes on the heels of the November discovery of a cache of priceless looted paintings found in a Munich flat.  German authorities seized over 1500 works, including masterpieces by Matisse, Picasso, Renoir, and Chagall from the home of Cornelius Gurlitt, the 80-year-old son of a Hildebrand Gurlitt, a German art dealer whose close affiliation with the Nazis allowed him to acquire works arbitrarily stolen from Jewish collectors.  The son had secretly held on to his father’s stash of stolen art and supported himself by selling the occasional piece.  One recovered painting was the long lost Portrait of a Lady that had belonged to Paul Rosenberg, grandfather of Anne Sinclair, the former wife of the disgraced head of the IMF, Dominique Strauss-Kahn.

Clooney divides his time between his home in L.A.  (which formerly belonged to Clark Gable) where he drives around in a black Porsche Carrera, and his palazzo in Lake Como, Italy that gives him the chance to indulge in beloved cross-country motorcycle trips. He took some time away from his work to speak to Celtic Life International.

Why did you want to make The Monuments Men?
It’s one of those extraordinary stories of human valour that often don’t get told or the attention they deserve. Hitler wanted to build a Führer Museum and during the war he had Nazi units collect five million pieces of art from all across Europe. It was the greatest art heist in history. But when the tide of the war began to turn my character George Stout went to General Eisenhower with plans to recapture and protect those treasures. Eisenhower also realised that American bombing missions had to try to avoid destroying European museums and monuments or the U.S. would have been seen as the bad guy at the end of the war and during the reconstruction process.

Do you see this film as part of your own mission to make movies that are part of the legacy you want to leave behind you?
You want to do something that stands the test of time. I haven’t always succeeded but I’m as determined as ever to keep working as hard as possible and find great stories. Ever since I knew that I wasn’t going to become a great journalist like my father I always had it in the back of my mind to try to accomplish something of value with my life. My uncle (George) also taught me a lot about the importance of making your time on Earth count and not waste your opportunities. That weighs on me. I don’t necessarily feel that I have to prove myself, because I’ve been able to make some films that I feel people will want to see 20 or 30 years down the road. But I still have a lot of drive and desire to work hard and have a little fun along the way.

Your Monuments Men cast mate John Goodman says that he feels bad that you can’t walk down the street like anyone else?
It’s part of the price you pay in this business.  I’m used to it and it’s not something that really bothers me except times like when I’m in Italy and I want to do something like relax on my boat (on Lake Como) and sooner or later there’s a bunch of paparazzi following me around in a flotilla.  So I go and read a book in the garden instead.  It’s not an ordeal. I have a good life. I was lucky enough to get to a point where I was able to do interesting work and have the opportunity to keep doing that work. I’m going to keep pushing as hard as I keep making movies for as long as I can.

Your character Frank Stokes is based on the real Lt. Commander Stout who led a group of art historians and curators on a dangerous mission that wasn’t about fighting the Nazis, but saving art treasures. Why was that significant?
He went on a treasure hunt on behalf of European culture. It was an utterly selfless act devoted to preserving great works of art that allow societies to define their collective past and identities. Stout and the rest of the team put their lives at enormous risk to save great works and make sure that this massive cultural heritage was defended and that that was just as important as recapturing cities and defeating the Nazis on the battlefield. Most of the men who were part of the mission were middle-aged guys, scholars and art experts, who had no military experience whatsoever but still wanted to get involved. And in the case of Stout himself and a few others on his team who had already served in WWI and done their duty to their country they viewed this mission as their duty to history and world culture.