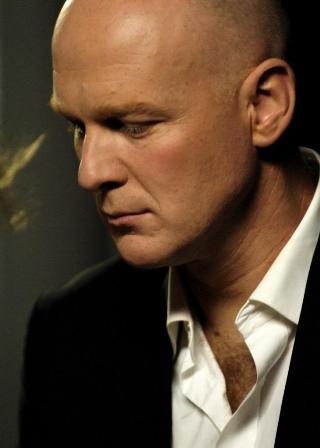 One of the best-selling books in history, about an Andalusian shepherd who travels to Egypt in search of his fortune, led a Scottish bus builder to boldly chuck in his career in favor of auditioning for a part in an Irish singing group. It sounds like a multicultural joke but The Alchemist by Paulo Coelho – a book which has sold 65 million copies in 56 different languages – inspired George Donaldson to audition for the popular group and stage show Celtic Thunder.

“That is my favorite book and one of the things in that book is you’re never too old to do anything,” Donaldson told Australia’s Newcastle Herald in an interview in 2013. “If I hadn’t read that book I don’t know whether I would have just accepted my lot and just thought, ‘Don’t take a risk in life.’” But that risk led Donaldson to a rich life full of music, fame and joy.

The father figure and singer died suddenly this past March from a massive heart attack at the age of 46. He leaves his wife, Carolyn, and their 13-year-old daughter, Sarah. His sudden death shocked everyone, not least his fellow performers who mourn their colleague and friend.

Donaldson was the steadfast one in Celtic Thunder, cast as the “mature, dependable man” in the Irish singing group and stage show. It was an inspired bit of casting on the part of the show’s producer, Sharon Browne. Donaldson loved the physicality of his bus-building work, but music was even more special to him. He was the only married family man in the group and he missed his wife when the group toured. “I learned that George Donaldson was the embodiment of such a man; a kind, loving, gentle giant, George was affectionate as he was professional,” Browne recalled.

Born and raised in Scotland, Donaldson was a self-taught musician. He mastered guitar and flute, and was working on how to play the fiddle. His love of Celtic music came from his Glasgow childhood where his father, Bernard, had a love and appreciation of all kinds of music, which he passed along to his son. One of Donaldson’s greatest thrills came when he performed for his father – and 65,000 other fans – at the Glasgow Celtics’ opening match of the 2000 season at Celtic Park in Glasgow.

Music always attracted Donaldson. As influences he cited folk singers Harry Chapin and Jim Croce, and the Scottish band The Proclaimers. “The first time I saw a guy playing in a bar, I was in Spain on holiday,” he recalled on the Celtic Thunder website. “I said as a kid, ‘That’s what I want to do.’ There was always a guitar at home when I was growing up and I remember getting an instruction out of the library because I didn’t have enough money to buy it, and I taught myself to play with that.”

Donaldson joined Celtic Thunder in 2007 after auditioning for Browne. He appeared in all nine Celtic Thunder television specials on PBS and on all the band’s CDs and DVDs released to date. Alongside the other soloists in the group, he performed at St. Patrick’s Day parades in New York, Boston and Chicago, and at the White House for President Obama. In 2011 he released a solo album, The White Rose, and the next year The World in My Mind.

“From the first day I met him at the audition for Celtic Thunder in 2007, we became thick as thieves,” recollected fellow singer Ryan Kelly. “I know he’s looking down now on the two most important people in his life – Carolyn and Sarah – and on the rest of us holding them up for him, with his guitar strapped around his neck and a pint in his hand, with that big smile of his.”