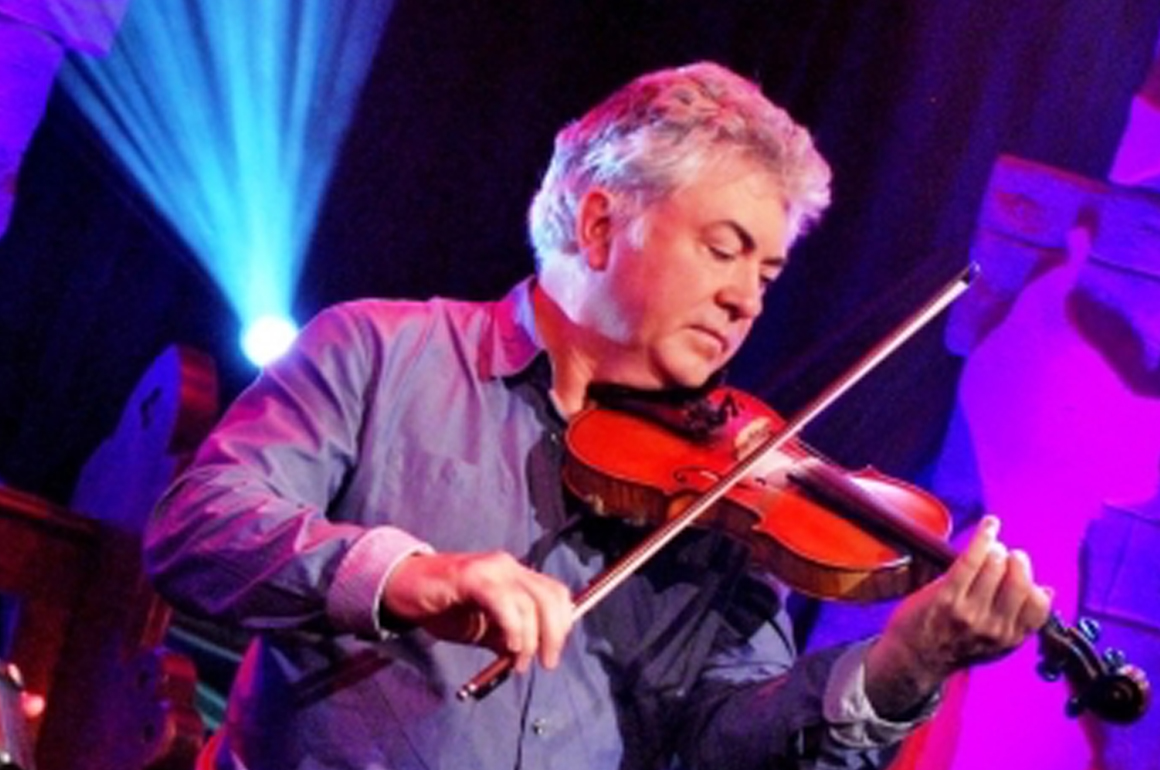 For Irish musician Gerry O’Connor, fiddling is a family affair.

“My mother, Rose O’Connor, was taught to play the instrument by her father, John O’Brien,” explains fiddler Gerry O’Connor from his home on the Emerald Isle. “My older brothers had started learning, and – being the youngest sibling – I wanted to play too.”

Music was a big part of the family home in Dundalk, in Ireland’s lush County Lough. The fun it brought to the household inspired O’Connor to make a career of fiddling – both as a violin-maker and as an in-demand player who still tours Europe and North America, most recently with the legendary Irish Rovers.

“For us it was like being part of a youth club,” he recalls. “I played in Céili bands from the age of eight, and we won the All Ireland band competition for under-18 three years in a row. This meant travelling and staying in farmhouses with our friends on weekends during the school holidays. We had a ball.”

Interestingly, O’Connor studied the instrument at a time when traditional music was giving way to modern sounds in many parts of Ireland. “Trad” still flourished in rural areas, however, thanks to the likes of his mother who believed in honouring Irish heritage.

In his early twenties, he spent three years studying violin-making and played his own homemade instrument for a number of years. His prowess as a young fiddler meant he was often playing in the company of much older musicians.

“When I was in my early teens I played with John Joe Gardiner, a contemporary and friend of the famous Michael Coleman. I played with ‘The Boss’ – as John Joe was affectionately called – for four years and absorbed much of his style.”

Though without a record player while growing up, he learned by listening to Armagh fiddler Brendan McGlinchey and County Clare’s Seamus Connolly, as well as while attending area music festivals.

“A local player, Peter McArdle, was also a huge influence. He was the resident musician in a well-known pub, Mark’s Bar, and when he died I took his place for a couple of years.”

With Dundalk situated between Dublin and Belfast, O’Connor was able to meet and play with many of the celebrated musicians of the 1970s.

“Travelling and meeting new friends is a big attraction to the music. Being in the company of musicians is a wonderful experience. Older musicians have a wealth of stories and experience. Most are wonderful company to travel with, and there is always so much to learn.”

He has written a few of his own tunes, but considers himself more of an interpretive artist.

“I prefer to find an old tune and bring it back to life again. I am currently editing a collection of dance music from my area, having recorded over 50 tunes from this collection of nearly 300 melodies.”

A number of his peers credit him preserving many older melodies that might have been lost to time. A huge career highlight includes playing for then-U.S. President Bill Clinton in Dundalk.

“I was asked to perform in front of 10,000 of my hometown neighbours. It was an honour, and it is a memory I relish.”

In 1996, Brighid’s Kiss – a session recorded with his late wife, Eithne Ni Uallachain – was named album of the year by Irish Music Magazine. And, in 2011 – just weeks before being elected president of Ireland – Michael D. Higgins launched Jig Away the Donkey, a rollicking collection of South Ulster songs that O’Connor recorded with Martin Quinn and Gabriel McArdle.

Most exciting, he says, is watching the popularity of Irish fiddling soar to new heights these days amongst players and fans of all ages.

“I see young kids with amazing talent out there – and they play just for the love of the music and socializing. At the other end, I see young bands being mentored and given opportunities to take to the stage.”

In keeping with family tradition, O’Connor will perform with his own four fiddling children this summer.