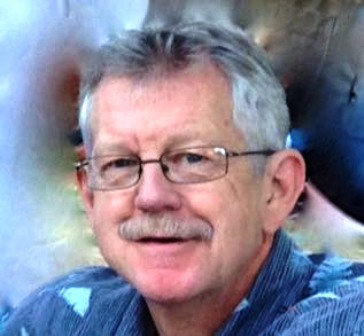 I can’t speak, read, or write in my native language of Gaelic. I never learned it, except for a few phrases my mother or father spoke.

From time to time over the years I’d tell myself it would be great to actually learn Gaelic, and I sort of did in fits and starts, but I didn’t invest enough of myself in the effort. It never really bothered me until I saw the movie Million Dollar Baby, starring Clint Eastwood as a boxing coach who was studying Gaelic. At the time I thought I should re-stoke my interest in learning Irish, though it’s generally considered a “dead” language, like Latin, which I did study in high school.

But I didn’t get around to putting much time in. I discovered that, when it comes to many of life’s endeavors, it’s easier to put them off than to actually do them.

A scrap of Irish history I picked up was that, a long time back, the Gaelic League made the study of the Gaelic language a matter of Irish nationalism. About the time of the Gaelic League, my grandfather had been a young boy who attended a hedge school in rural Roscommon. I’m sure that, like my parents, he was bilingual, a capability in our family that would die with my generation.

I was born in Dublin in a house where James Joyce lived from 1894 to 1898, emigrating to the U.S. with my parents and younger sister at the age of two.  Since then, I’ve made two brief trips back to the “old country,” where it wasn’t necessary to know Gaelic because everyone is fluent in English. In fact, most of my Irish cousins are as ignorant of our native tongue as am I, though they’d greet me each time with a “Céad Míle Fáilte” banner hung over the door.

I grew up Irish-American, which meant that I was raised Catholic, attended a parochial school, went to Mass every Sunday and holyday of obligation, did the Stations of the Cross during Lent, voted Democrat, idolized JFK, and celebrated St. Patrick’s Day by drinking green beer while wearing a shamrock-shaped “Erin go Bragh” button. When I came home from school as a kid, having felt dunned by nuns to get my grades up, and would then complain to my parents, they’d always remind me that they when they were in school, they had to study subjects in two languages.

I greatly enjoyed hearing the appealingly descriptive turns of phrase that my parents or aunts and uncles would mouth: “Cheeky,” “Gobshite,” “Go ’way with you,” “I’ll be happy to see the back of him,” “A bird never flew on one wing,” etc. Thinking back, I wish I’d thought to ask what the completely Gaelic version of each would be.

At the Knights of Columbus, just about all my father’s fellow members were Irish, some even having recently immigrated. They spoke in heavy accents you could cut with a rig saw. I would sometimes ask them how a word or phrase translated.  I’d listen, stupefied, to their incomprehensible responses. All I could do was smile politely and walk away shaking my head. Then, as a young adult, I joined the Ancient Order of Hibernians, which I was sure would be a great help in my cultivation of Irish language arts. But it turned out to be pretty much like the K of C, where everyone sat at a bar imbibing and playing cribbage.

In college I majored in English, which means I did a lot of reading and writing.  But of course, it wasn’t a language per se that I studied; rather, it was English literature. In my junior year I took a course titled “Irish Renaissance Literature” that covered such writers as Synge, Shaw, Joyce, Yeats, and a handful of others I can’t remember now.

In grad school I did independent study and wrote a paper in lieu of a master’s thesis on Joyce’s “Ulysses.” My graduate advisor liked my paper so much he suggested I have it published. It was about this time in my life that I realized I was still remiss about ever getting around to studying my native language.

I made a few half-hearted attempts to learn Irish by trying to self-teach, but I was a horrible student. I’d download pages of Gaelic phrases from websites and try memorizing the wording, but never got to the point where I could put together coherent sentences properly pronounced. My interest soon fizzled. It was years before it rekindled. It was then I came across something called “An Cúpla Focal”, which contained a brief list of phrasing, including a section titled “Variations on Go to Hell!”

Not long after, I started a local chapter of the Irish-American Cultural Institute. I thought I’d be exposed to a variety of Gaelic vocabulary and usage, perhaps thinking that by some sort of passive osmosis I’d take in useful knowledge. The IACI sponsored talks and roundtables with Irish academics and luminaries, and by brushing up against them something of value might rub off on me. It turned out that all I ended up doing was shuttling these good people from airport to engagement and then back again.

As my parents got older I’d ask them to pass along some simple conversational Irish that would be easy to learn, but my mother would tell me she couldn’t remember any of it, and my father would ask me, “Why in God’s name would you want to bother with that?”

I recently found what I thought would be a helpful interactive tool to learn Irish: a smartphone app called “Gaeilge.” You simply press a lesson button on the screen and a word or phrase is shown in English. Then you press the word or phrase and it’s spelled and pronounced in Irish. The only drawback I found is that the pronunciation is difficult to mimic. Every time I try speaking I sound like someone trying to cough up a bone.

I suppose I’ll never really learn my native language unless I go for a “total immersion” experience. That might involve moving to someplace like the Aran Islands and living among the indigenous Irish for awhile – forced to sink or swim, as very few residents speak anything other than Gaelic.

But I know that’s not going to happen, either. I’ll have to live with the fact that I’ll never master Gaelic. And while I don’t think that makes me any less Irish, I do feel there’s something – just a little something about being Irish – that’s missing.

Tom Stapleton was born in Dublin and grew up in New York. He has written short stories, novels, newspaper and magazine articles, scripts, and plays. He trains corporate and public-sector clients in written and oral business communications. Tom has taught writing courses at UCLA and the California Institute of Technology. He lives with his wife, Jean, in Los Angeles.