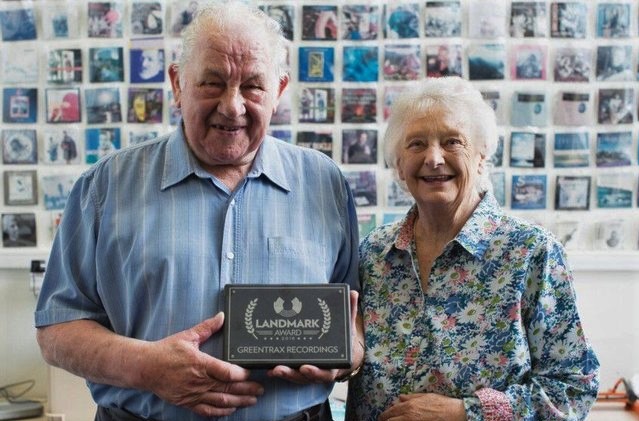 Greentrax Recordings was launched in 1986 by Ian Green, just one year after he retired as a Police Inspector from Lothian and Borders Police. Ian ploughed a sizable chunk of his police pension into the new company and during the first five years he re-invested all profits back into the company, ensuring a sound financial base. Ian’s wide reputation for reliability and good service with his previous Discount Folk Records mail order service and his huge voluntary involvement in the Scottish traditional music scene during his police service, stood him in good stead and the company got off to the best possible start. June Green, Ian’s late wife, was a co-director of the company and for several years worked hard to help establish Greentrax Recordings. Sadly June died in 2017, a severe loss to Ian.

The business, which at first was operated from the Green’s home in Edinburgh, very rapidly outgrew its surroundings, resulting in ‘wall to wall’ LPs, CDs and Music Cassettes. Premises were found at Cockenzie Business Centre in East Lothian, and the family home changed to an address in nearby Longniddry. Greentrax Recordings then began to grow quite dramatically, extra staff members were employed and two new releases per month became the norm. Greentrax joined the ‘big boys’ and was represented each year at the World record exhibition – Midem – held annually in Cannes in the south of France, where worldwide distribution and licensing deals were negotiated. It was at his first Midem visit that Ian signed up Eric Bogle for a compilation album. Eric has since released all his many new albums on licence to Greentrax for the U.K. and Ireland plus Europe and North America.

One of the aims of the Greentrax label was to give highly talented but unrecorded Scottish musicians and singers an opportunity to reach wider audiences and the success of some debut albums far exceeded expectations. These early successes included many artists who have gone on to very successful musical careers and include such stalwarts as Catherine-Ann MacPhee, Margaret Stewart, the late Gordon Duncan, the late Ian Hardie, Tony McManus, Robin Laing, Burach, Malinky, Shooglenifty and Peatbog Faeries. 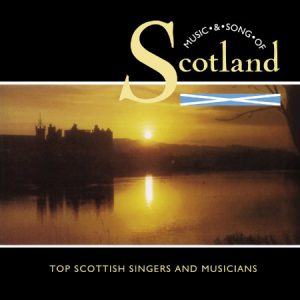 A successful record label must also attract established and high profile artists and Greentrax has been very fortunate in this respect, including that first Midem signing of Eric Bogle. Other top names attracted to the label  were The McCalmans, who came to the label to give it a ‘one-off push up the ladder’ and subsequently stayed with the label until they retired; Ceolbeg, who became one of the most popular Greentrax bands;  the late Jean Redpath MBE, including her recorded Burns’ work with arranger Serge Hovey; Barbara Dickson OBE, a singer with several ‘hits’; Adam McNaughtan, a prolific songwriter, Archie Fisher, Brian McNeill and Dick Gaughan, three friends of Ian’s of many years’ standing and Donnie Munro, ex-Run Rig. There are many more of course, as a scan through our website will reveal. In more recent times notable signings have been Christine Kydd, Siobhan Miller and Jeanna Leslie, Duncan McCrone, Stevie Palmer, Fraser Bruce and Ian Bruce and prestigious compilations include ‘The Scottish Diaspora’, ‘Music and Song of The Great Tapestry of Scotland’, ‘Scottish Women’, ‘Scots in The Spanish Civil War’, ‘The Battle of Prestonpans’, a Hamish Henderson Tribute album titled ‘A The Barns o’ Adam’, ‘Steele The Show’ and more.

Close on five hundred albums have been released by Greentrax in the past thirty-five years and include the world acclaimed Scottish Tradition Series from the School of Scottish Studies, hailed by one reviewer as ‘the most important series of traditional recordings ever’; the ‘Masters of Piobaireachd – Bobs of Balmoral’ series; a number of recordings from Cape Breton which included the hugely talented Natalie MacMaster and her equally talented uncle, ‘Buddy’ MacMaster; the very contemporary Keltik Elektrik series, master-minded by Jack Evans; and until recently Alasdair Fraser’s Culburnie label, which is now exclusive to the USA.

Not only professional artists placed their faith in Greentrax, however, because the company has been involved in projects with Scottish Television – ‘The Aly Bain and Friends’ series; the Edinburgh International Festival – albums featuring ‘Folk Songs of North-East Scotland’, ‘Scottish Harps’, ‘The Songs of The Gael’ and ‘Music of The Pipes – Pibroch’;  The TMSA’s  ‘Nineties Collection – Volumes 1 and 2’ and the STUC centenary album ‘If It Wisnae For The Union’ with a star-studded line-up.

In 2008 Greentrax released a double CD, which received quite astonishing critical acclaim, ‘Far, Far From Ypres – Songs, Poems and Music of World War 1’. It quickly became a Greentrax best-seller but then Ian McCalman, who had produced the tracks on CD1, devised, wrote, directed and produced a stage version of the album, which was presented first at Celtic Connections and next at The Queen’s Hall, Edinburgh, both of which received rave reviews. Later, a revised version of the stage presentation went on tour, opening in Selkirk’s Victoria Halls and ending in the Usher Hall, Edinburgh, on Armistice Day 2018. The Selkirk gig was videoed and a DVD was released by Greentrax in time for the rest of the tour. The tour was also directed and produced by Ian McCalman, with a cast of many, including Barbara Dickson, Siobhan Miller, Dick Gaughan, Ian Bruce and Stephen Quigg – oh and of course Ian McCalman himself. 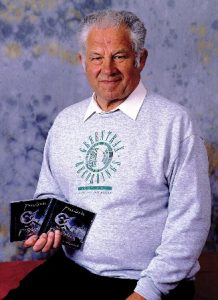 As the CD market shrunk and the popularity of digital downloading/streaming rose, Ian was forced to streamline the company to meet modern demands and this included staff redundancies and reducing the number of annual releases. The steps taken were successful and Greentrax settled into a new routine with just Ian and the faithful Elaine Sunter, who continued her work on accounts and royalties. Elaine has been with Greentrax for fourteen years and as far as Ian is concerned, is irreplaceable. In-house mail order sales increased dramatically with the demise of so many record shops and download sales, which were slow initially in picking up, have lately produced a good return. The use of Greentrax recorded material by film and TV companies, plus other digital use, has also shown an upturn.

In 2009 Ian completed his autobiography ‘Fuzz To Folk – Trax Of My Life’,  which was published by Luath Press, and subsequently became the Scots Magazine’s ‘April, 209 Book of The Month’ and was selected as a Scottish Library ‘Summer Read’.

In between times Ian and Greentrax have received several awards: ‘Honorary Degree of Doctorate of Music’ from the Royal Conservatoire; ‘The Hamish Henderson Award For Services to Traditional Music’ and entry into ‘The Hall of Fame’ from the Scots Trad Awards; Chamber of Commerce, East Lothian Business ‘Annual Achievement Award for Good Business Practices’; Hands Up For Trad ‘Landmark Award’ plus more.

The most frequently asked question of Ian is ‘When are you going to retire?’ but ‘retirement’ is a word that Ian doesn’t understand and in any case there is so much more to be done to promote Scottish traditional music, almost an obsession with Ian.

The Anniversary will also be celebrated with the re-release of the very first Greentrax compilation album – ‘Music and Song Of Scotland’ – released in 1989 and this year being re-released on the popular Celtic Collections Series, with a bonus track added in memory of the amazing composer and piper, the late Gordon Duncan, a good friend of Ian.