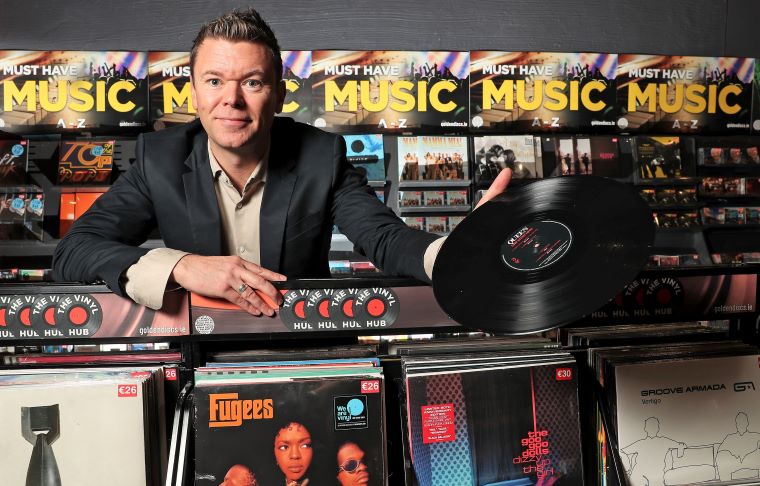 Stephen Fitzgerald knows more than a little about the music business – it is, literally, in his blood.

“My father spent many years in Chicago in the 1950s and, noticing the popularity of music, decided to return home and set up his own store,” explains Fitzgerald. “Initially he focused on vinyl imports from the United States which were very difficult to find in Ireland and the U.K. at that time.”

The first brick-and-mortar storefront for the Trans-Atlantic Record Agency went up inside Dublin’s Stillorgan Shopping Center in 1966. That sole shop was simply called The Golden Disc, named for the accolade given to artists who had sold more than 500,000 records. When more stores opened, each adopted the name Golden Discs.

Fitzgerald took over as President of the company in the 1990s and he remains at the helm today. Not only is it Ireland’s oldest music retail chain, but Golden Discs is also the biggest, boasting 22 locations across the country.

Its core products are vinyl records and CDs.

“We are very well-known and loved brand in Ireland. Everyone remembers buying their first album, and if you were born before the 1980s you probably bought it in one of our stores. It has been a roller coaster ride over the years as new formats came and went: from vinyl to 8-track tapes to cassettes, on to the hugely successfully CD and DVD formats of the 1980s and 1990s.”

Things became even more interesting when the World Wide Web took over. 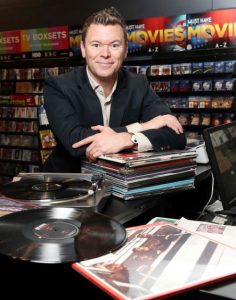 “The advent of digital formats created huge challenges for the industry and our business. File sharing and piracy was rife. Even in the traditional trade there was a lot of competition from retail specialists, supermarkets, and online e-tailers like Amazon – not to mention digital giants like iTunes.”

Despite those difficulties, Golden Discs has adapted well to the ever-evolving online marketplace. In addition to its domestic website – goldendiscs.ie – the company recently launched a site catering specifically to the American and Canadian markets. Before, the business had to service the North American market via email orders. The focus of the new site is on Irish artists, traditional, folk, and Celtic music. They also carry the work of more contemporary performers, along with merchandise such as t-shirts and music or film-related books.

“We have an extensive range, competitively priced, and we usually ship within 24 hours of receiving the order, so we get a lot of repeat custom and new traffic from word of mouth or favourable reviews.”

In fact, the business’ exceptional customer service is a big source of pride for him.

“We regularly have people come into our stores just looking to talk about music and film and to see what has been recently released.”

“We go the extra mile for them; our staff are adept at listening to what people like and then making suggestions on other products the customer might be interested in – if you like it, have a listen, but there is never any pressure to purchase.”

Although, with Ireland in its second wave lockdown and all 22 Golden Disc shops currently closed, sales continue to pour in.

“Our online business has witnessed enormous growth this year and we are struggling to keep up with demand. Music is very emotive and nostalgic and has huge benefit to our collective mental health. It is very rewarding to know that we are part of that and especially wonderful when we hear feedback that we introduced someone to a new artist or sound or helped them track down something that they had spent years looking for.”

Plans for physical storefronts, including Fitzgerald’s long-time wish to open a shop in North America, will likely be on hold for at least a few months. That said, he is looking forward to watching Golden Disc’s online market continue to grow in 2021. This will include broadening the business’ reach and launching new product categories.

“We remain upbeat and confident that we will all get through this together as we have previous challenges in the past.”