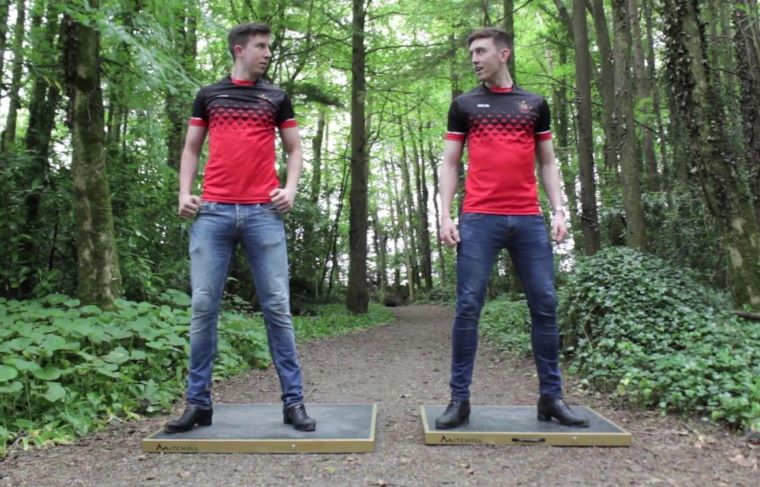 Irish siblings Mike and Matt Gardiner – known professionally as the Gardiner Brothers – began dancing before they had even entered school.

“Both of our parents were Irish born and wanted us to have some sense of Irish culture while living in America,” explains Matt, the younger of the two siblings, from his home in Galway. “Our older sister Anna was taking an Irish Dance class and when Michael was old enough he decided to try it out. By the time I came along, I just assumed that it was a regular part of our everyday life.”

The duo has been on the Irish dance scene for almost two decades now, and Matt says that their reasons for performing have largely remained the same over that time.

“We are both extremely proud of Irish culture – we just fell in love with it from an early age. And the opportunities that have come from dancing have been beyond incredible; we have travelled all over the world and seen many things that one could only dream of as a child.”

The 21-year-old describes the duo’s style as “beautifully rhythmic” – crediting that, in large part, to the lessons that they received from the Hession School in Galway as youngsters. And though heavily influenced by traditional Irish dance, the pair combine contemporary elements whenever possible.

“We try to incorporate different styles into our routines to showcase how modern and athletic Irish Dancing has become,” says Matt. “We emphasise the rhythm in our routines as we believe this is one of the most important parts of the dance, and certainly one of the most captivating as well.” 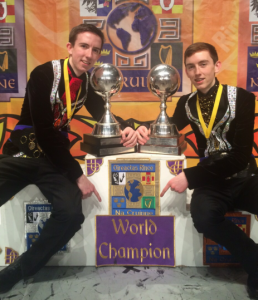 The siblings have enjoyed an incredibly successful career to date, boasting five world titles between them. They have also performed with Riverdance in front of 90,000 people – including the Pope – in Dublin’s Croke Park, and they have danced in a number of notable venues, including the 3 Arena in Eire’s capital and Radio City Hall in New York City.

However, their biggest moment, notes Matt, happened in 2015.


“We were both attempting to win our respective age group at the World Championships in Montreal. No other siblings had won the World Title in the same year as each other for nearly 40 years. I won, and then Michael won. It was simply incredible.”

While Matt acknowledges that a career in dance is not without its many challenges – not the least of which is the huge physical toll competitive dancing can take on the body – he says that the rewards make it all worthwhile.

“As with any sport, if you work hard enough, you will eventually achieve your goals.”

“Our vocation has taken us all over the world from the U.S. and Canada, through Europe and even to China and Japan. So, we have had the good fortune to see the world doing something that we love.”

He shares that Irish dance has never been as big, nor as global, as it has been in recent years, even with the added challenge of the current global COVID-19 pandemic.

“It is great to see governing bodies of music and dance put on global competitions and challenges as well as workshops and camps to keep younger people involved. We are always proud when we travel outside of Ireland because our culture is loved and adored all over the world. You might be in a tiny town in the middle of America or in the biggest city in China, but you will always find yourself an Irish pub with a cracking music session going on. The next generation of Irish musicians and dancers is going to be a strong one.”

The pair are excited, and cautiously optimistic, to get back to form in 2021.

“Given the current situation, we have very little planned in terms of performances. However, we will continue to dance and share our videos on our various social media platforms. We want to keep promoting Irish culture and showcasing Irish dancing at the highest level all over the world. Hopefully, over the coming while – when things eventually go back to normal – we can get back on the road with Riverdance and start touring the world and seeing those smiles in the audience once again!”