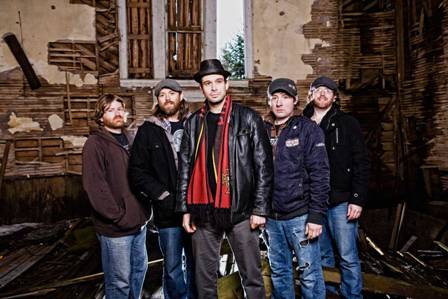 After a successful first year, The Halifax Celtic Festival is back. The fledgling fest attracted 1,000 people during its one-day event. This year organizer Rick Grant clearly expects a much larger attendance during an expanded three-day festival. Some of the highlights of this year’s fest, which runs from September 12 to 14, are two free events, Celtic’s Got Talent, as well as a Celtic Kitchen Party on the Friday evening. On the Saturday a family day of events will take place, followed by an evening concert featuring Ashelin and The Stanfields. The festival continues on Sunday with The Halifax Gaels Hurley Association and the Nova Scotia Rugby Association each presenting an exhibition game of their respective sport.

“The response to the initial festival demonstrated that our belief that the Celtic family of nations needed to be recognized and supported in Nova Scotia was true,” Grant declares. “As a gentleman from the Isle of Man stated to me, ‘This is the first time in Canada that I went to a public event and saw my flag prominently displayed.’”

The genesis for the festival actually began about 10 years ago, according to Grant, back when he was on the board of directors of The Scots, The North British Society. As vice president and event chair, Grant organized the combined Scots and Charitable Irish Harbour Cruise and the pub nights which raised funds to support Gaelic language education and programs. “That demonstrated to me that together we can create positive initiatives to support the efforts of individuals and groups to preserve, promote and expand their specific interests in their heritage and culture,” Grant said.

Further, Grant’s involvement through the Scots with the Federation of Clans in the Highland Games, The International Gathering of the Clans, and the Scots Golf Tournament cemented his belief that Celts had to support each other while at the same time informing all Nova Scotians of the impact of Celtic culture on the fabric of the province.

The idea went on the back burner until 2011. At that time, Grant attended a meeting with members of the Federation for Scottish Culture to discuss a revival of the Highland Games. During the talks, Grant broached the idea of a combined Celtic nations event. Following the meeting, Grant and several others decided to explore the idea of a Celtic Cultural Festival. The result was the establishment of the Celtic Cultural Society of Nova Scotia as a non-profit society in January 2013.

It should come as no surprise at this juncture to learn that Grant is primarily Scottish with a mixture of Irish, Isle of Man, Norse and French in his background. His family roots in Nova Scotia and Halifax span 150 years. Grant’s involvement in the Nova Scotia Celtic community includes being a life member of The Scots, The North British Society of Halifax, and a member of the Charitable Irish Society of Halifax.

Nor is it surprising, given Grant’s prominent involvement with Celtic culture, that he believes not enough is being done to promote or preserve it. “The short answer is no,” Grant said curtly. “That is the underlying reason for the formation of the Celtic Cultural Society of Nova Scotia. To date, the sustaining of Celtic culture, heritage or traditions has been generally individual or by interest-specific organizations or associations. Overall, our hope for the festival is to create awareness of the many components of the Celtic experience, so that those directly involved in maintaining those aspects of Celtic life will have a venue to showcase, promote and hopefully preserve what they do.”